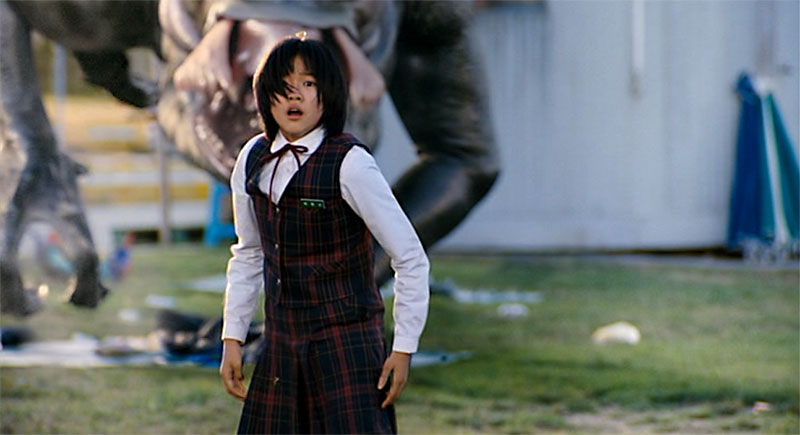 Alongside Park Chan-wook, Snowpiercer director Bong Joon-ho has become the most recognizable name in Korean cinema for American audiences – so much so that Netflix not only financed his latest, Okja, but has given it the big awards season push. But where Park (The Handmaiden, the Vengeance trilogy) always fostered a twist of the high gothic in his work, Bong's characters are blue-collar underdogs: store workers, secretaries, fast-food vendors.

This month, AFS Cinema highlights his first four solo directorial credits, beginning with 2000's Barking Dogs Never Bite. It's a quirky black comedy, inspired in part by, and partially reacting to, the inexplicable success in Korea of a mawkish Victorian children's novel: A Dog of Flanders, about a young boy and his four-legged friend enduring absurd miseries. A graduate student (Lee Sung-jae) finds his ambitions derailed from the academic tenure track because of corruption, and decides to take his frustrations out on the neighborhood hounds. After a Rear Window moment, a low-level office worker at his apartment block (Bae Doo-na) strives to solve this shaggy dog tale. A precursor to the ethical eating quandaries of Okja, with a whole subplot about dog stew, it's a cop story where the cops are AWOL, and justice is ambiguous.

A more serious crime dominates his second film, 2003's Memories of Murder, a highly fictionalized version of the unsolved Hwaseong serial killings. The cops here are a little more competent than the lazy investigators of his first outing, but there is far more sympathy. The slayings are seemingly insoluble, and Bong portrays the thwarted officer's worst failures as being born of frustration rather than pure malice, even when they beat a confession out of an innocent man.

Both movies established Bong in Korean cinema, with Memories striking box office gold before taking the best film and best director awards at Korea's equivalent to the Oscars, the Grand Bell Awards, yet 2006's The Host is where his work reached broader Western audiences. Superficially, it's an aberration, a politically tinged monster movie. But what captivated audiences was the domestic comfort of the Park family: reuniting with Bae, Bong places her as an aspirational high school archer, supported by her loving, blunder-prone clan.

Domesticity of another, much more fractured kind dominates the fourth film in this series, 2009's Mother. A widow (Kim Hye-ja, in a globally acclaimed performance) in an unnamed small rural town turns detective when her son (Won Bin) is arrested for the murder of a school girl, a crime she refuses to believe he could ever commit. Where The Host sees the good in strong family bonds, for once Bong takes a dimmer view of such devotion.

Together, the quartet highlights the themes that define Bong's work: flawed protagonists and redeemable antagonists; justice as an ephemeral and elusive concept; and that happiness is malleable. Even if no one gets what they want or deserve, they get what they need, and maybe that's the happiest of all endings.