Keep your controllers, keyboards, and VR rigs busy with these titles 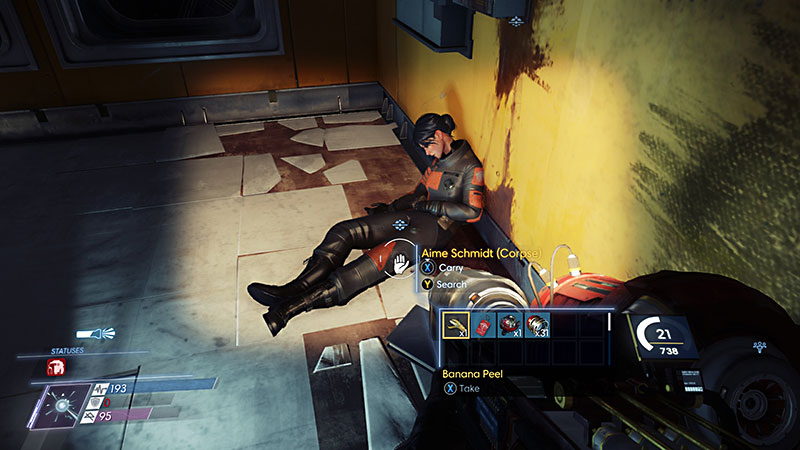 1) PREY (ARKANE) The new Legend of Zelda may be the open world you'll remember from 2017, but the Arkane team created something unique with space station Talos I. It's simultaneously expansive and claustrophobic, featuring Arkane's trademark invitation to tackle tasks in any number of ways from alien slaughtering to passively stealthy. Add to that formula a few mimics that take the form of everyday objects and you won't trust a coffee mug ever again. Another award goes to our favorite gun of the year: the GLOO Cannon. PlayStation 4, Xbox One, PC

2) FLIPPING LEGEND (HIDING SPOT GAMES) If only every mobile game were as perfectly executed as this. The length of games, ease of comprehension, depth of gameplay, and lack of unscrupulous monetization made this my anytime, anyplace addiction. iOS, Android

3) BATTLE CHASERS: NIGHTWAR (AIRSHIP SYNDICATE) The amount of polish and thoughtfulness in the look and play of this RPG isn't surprising since it comes from the creative director of the Darksiders series. PlayStation 4, Xbox One, Nintendo Switch, PC, Mac

4) BATTLESLOTHS (INVISIBLE COLLECTIVE) It would have been easy to rely on the cuteness of sloths to sell this game, but the multiplayer action lives up to the popularity of its titular sedate mammal. PC

5) RICK AND MORTY: VIRTUAL RICK-ALITY (OWLCHEMY LABS) Leave it to the folks behind Job Simulator (my favorite local game of 2016) to take a beloved (nay, cult) TV show and throw players deftly and comedically into its world. HTC Vive, Oculus Rift

7) DISHONORED: DEATH OF THE OUTSIDER (ARKANE) You had us at "revisit the world of Dishonored." PlayStation 4, Xbox One, PC

8) WILSON'S HEART (TWISTED PIXEL) Black and white is a bold decision for virtual reality, but Twisted Pixel pulls it off with just enough camp to keep players scared and engaged. Oculus Rift

9) CHICKEN WIGGLE (ATOOI) Atooi has proven its penchant for charming platformers and doesn't disappoint with this team-up between a chicken and a worm. Nintendo 3DS

10) FAIL FACTORY! (ARMATURE) Who would have guessed Armature would release a VR game right before the end of the year? Thankfully, the slapstick humor hits the target. Gear VR