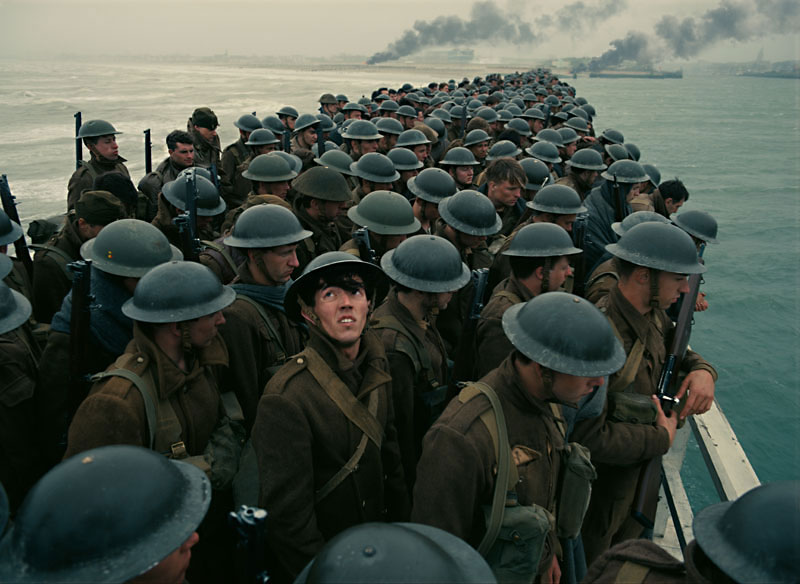 Put aside that it's a pure classic: In the year of Brexit, Christopher Nolan got a major studio to finance a picture about the value of Britain in Europe.

The rise and fall of America's skating underdog, with mesmerizing performances from Margot Robbie and Allison Janney.

Denis Villeneuve probes deep yet again into what it really means to be human. And just give Roger Deakins his Oscar, OK?

Martin McDonagh's searing and ultimately redemptive tale of what happens when we embrace or reject violence.

How can a series that started one of the worst superhero movies become one of the genre's greats? By James Mangold and Hugh Jackman staying loyal to the tragic end of a warrior.

Kristen Stewart and Olivier Assayas throw ghost tropes out the window, and question what sanity is in a supernatural world.

SNL's Kyle Mooney's overlooked gem is a feel-good fantasy that is unapologetic in its heartwarming insanity.

The Safdie brothers and Robert Pattinson scour the mean streets of modern New York with verve and passion in this character-driven crime drama. Lively, grimy, timely.

A supernatural twin to Three Billboards, this Anglo-Irish horror burns as it grieves.

Other Worlds Austin has provided an amazing launching pad for sci-fi creatives, both through the festival and throughout the year.