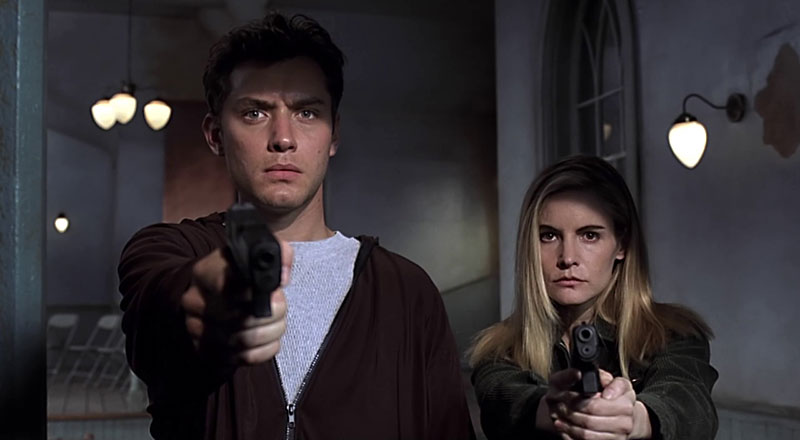 Gotta love a good heist flick. I do, anyways. This one has been a favorite of mine since I was a kid. A bored billionaire playboy business mogul turned high-profile art thief plus Rene Russo, what else could one ask for in a caper movie? Thomas Crown sets out to return a stolen Monet and steal the heart of the insurance investigator trying to catch him. OK, I'll admit it, it's half heist, half love story, but that being said, I've probably seen this movie at least 25 times (the original 1968 version is pretty solid, too).

eXistenZ is a Nineties Canadian sci-fi thriller with a ridiculous spin on virtual reality gaming and its ethics. This one has it all: assassins, bio-weapons, and as many awkward moments as Thanksgiving dinner with your favorite drunk uncle. Two compatriots (Jude Law and Jennifer Jason Leigh) venture through the depths of a world made possible by the use of bio-ports and living VR consoles. The two must decipher what's real and what's not in their efforts to stop the introduction of transCendenZ and its creators.

Ever wonder how to build a clay-tiled roof hut in the middle of an Australian rain forest? This guy did. He's documented building a few of them using nothing but his hands and the earth around him. Lots of great content to peruse on this channel, all of which focuses on primitive methods/techniques. Our host tackles everything from bow and arrows to clay natural draft furnaces using only primitive tools and methods. As a bonus, there is no spoken dialogue, so all the clips have an ASMR quality to them, which makes them great to fall asleep to.