Make sure the gamer on your list has something to open 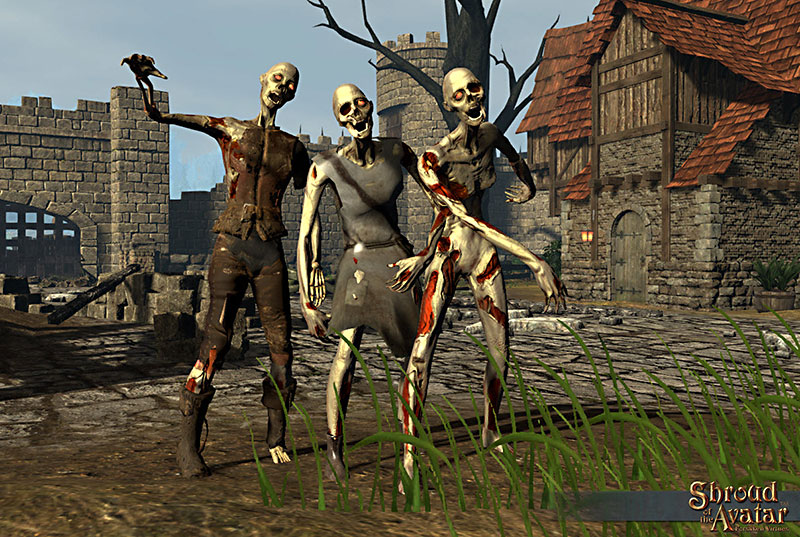 Shroud of the Avatar: Forsaken Virtues

$40, www.shroudoftheavatar.com
Lord British is back! Austin's own online gaming pioneer Richard Garriott did not invent MMORPGs, but he coined the term and revolutionized the genre time and again with the Ultima series. Now he's broken the open-world concept wide apart with the first installment in his new fantasy franchise, and his latest realm is only getting bigger and more beautiful. – Richard Whittaker

$15, juegosrancheros.itch.io/fantastic-arcade-2017
It's hard to buy local when it comes to video games. You can do the legwork and find developers who call the ATX home, somehow wrap the electronic product for gifting, and cross your fingers in the hopes the intended recipient enjoys your choice. Or you can get six games courtesy of Austin's purveyors of interactive weirdness, Juegos Rancheros. Illusive and absurdist games like the feline-centric Banana Chalice and health care salvo The Stakes Are Too High for the art-minded and more twitch testing arcade experiences Rotor and Forget-Me-Not that have deployability in spades. Even on the off chance your present isn't appreciated, at least you'll know you supported a local nonprofit. – James Renovitch

$59.99, prey.bethesda.net
When Austin's own Arkane Studios put out this horror/sci-fi shooter back in May, it got lost in the cavalcade of high-profile game releases at the time, but it's worth giving this gem a second look. Prey's character progression and weapon systems are inventive and flexible, and the decrepit space station environment is crafted in a way that the player can't help but explore every dark corner with a delicious mix of paranoia and dread. – Tucker Whatley

$21.99, www.etsy.com/listing/225939534/retro-rpg-menu
Did you know that life isn't linear like your favorite video game? There are many (well, usually four) options, so remind your houseguests with this tribute to the early days of role-playing games: you know, the 8- and 16-bit heyday of your beloved childhood when life options boiled down to a strict set of choices. – Nguyen Le

$9-40, www.fangamer.com/collections/legends-of-localization
If you ever wondered how sentences like "All your base are belong to us" or "Years ago ... I was Chinese" end up in your video games, the specialists at Legends of Localization have the answers. From deep translation dives into Legend of Zelda and Earthbound to lighter fare with titles such as This Be Book Bad Translation, Video Games! You might even learn some Japanese in the process, but you'll end up speaking like a video game villain. – J.R.