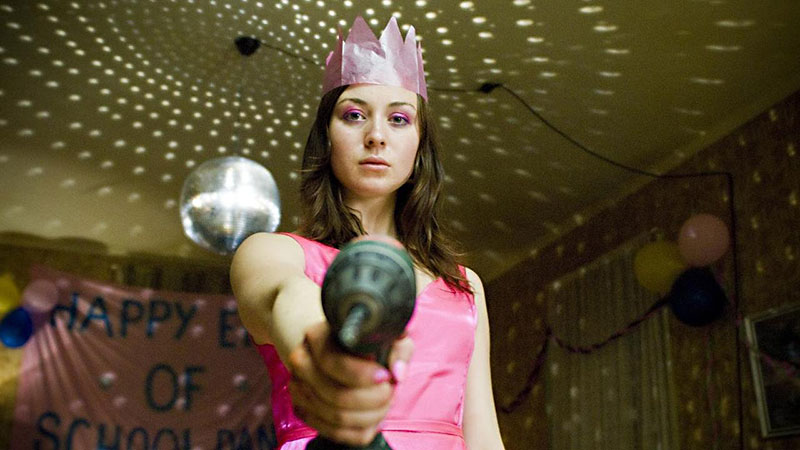 Growing up, I was jealous of kids with Fangoria subscriptions and bedrooms decked in horror merch. I've spent a majority of my adulthood making up for this by consuming as many slashers, creature features, and gialli as I can get my hands on. Here are a few recent selections, with a bonus Eighties double-feature from the bastion of insanity called Florida. No pants required.

Proving that horror is subjective, this panic-inducing feature debut from Perry Blackshear thrusts the viewer into the mind of a paranoiac convinced those closest to him are slowly turning into monsters. It's a thrilling and emotionally exhausting experience that I highly recommend.

Any promotional art you may see for this Irish production represents it as a stereotypical man-haunted-by-creepy-girl film, but I assure you it is so much more. As a film archivist whose wife is found dead in the titular canal, Rupert Evans (Hellboy) gives an impressive dramatic performance, but his increasingly erratic behavior catches the suspicion of a detective played by Steve Oram (Sightseers).

The Loved Ones (Hulu)

By now, the feature debut of Sean Byrne (The Devil's Candy) has rightfully attained cult status, but its initial 2009 release came with little fanfare, relying mostly on word-of-mouth from voracious genre fans until it was given a limited stateside theatrical run nearly three years later. Though some edits were made prior to its re-release (e.g., adding a more gruesome climax and removing a Mogwai song), thankfully no changes were made to Robin McLeavy's brilliant turn as Lola.

The former is about a set of child twins separated for a decade after one of them commits a murder and blames the other. The latter is a bat-shit film about a man placed in an institution for a year after a bout of self-mutilation, only to be released due to budget cuts and overcrowding, opening his schedule for a rampage. Florida, y'all.