AFF Brings Walter Hill for The Warriors and Then Some

Writer/director comes out to play 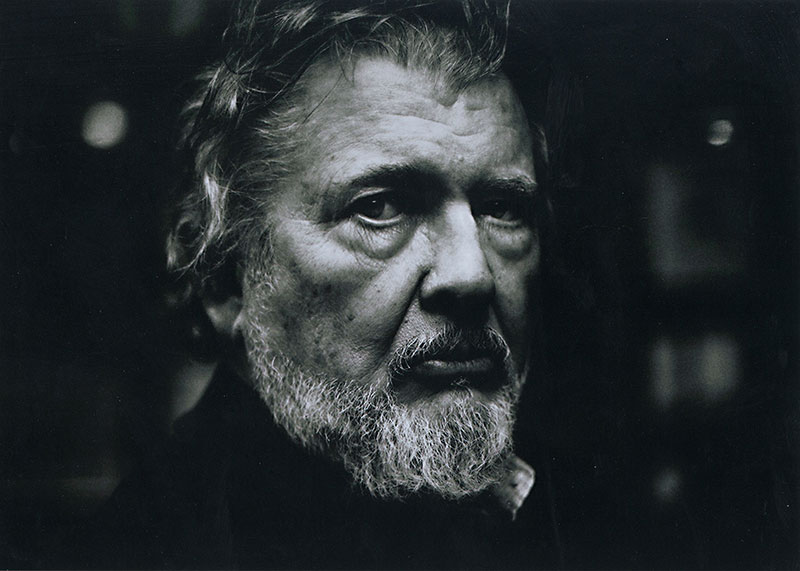 Walter Hill picks up the phone with a simple "Hello." He jokes that he's glad for the interruption. "It saves me from facing the blank page and writing something."

At 75 years old, the writer/director would seemingly have nothing left to prove, and that's part of why the Austin Film Festival is honoring him with their Extraordinary Contribution to Film Award. He's the director that turned Eddie Murphy from an acclaimed stand-up comedian to an action star in 48 Hrs., and gave Willem Dafoe his first iconic role in rock & roll fable Streets of Fire. Sci-fi masterpiece Alien owes its blue-collar grit to his script draft with David Giler. From The Long Riders to the pilot of Deadwood, he helped keep the Western alive and vibrant. "I have been around a while now, there's no question about it," Hill said, but with that longevity comes recognition. His 1978 minimalist masterpiece The Driver is referenced, ripped off, and homaged like few other crime flicks, with Edgar Wright openly declaring this year's Baby Driver a love letter to Hill. With age, Hill said, "People come up to you and say nice things about films you did in the past. It's a real good feeling."

However, a career on what he has described as "at the fringes of the studios, barely hanging on" killed off any laurel-leaning tendencies. Hill said, "You train yourself early on to move on. You get the opportunity to make a film, and it's very involved and involving, and finally it's over, and you move on to the next one. It's a profession that forces you to look to the future, and not look back."

That's a lesson learned on 1979's The Warriors – his career-defining, street-tough action flick, which AFF screens as part of this year's tribute. Yet it was not the film he planned on making. His debut feature, gritty boxing drama Hard Times, was a reasonable success, but The Driver was a critical punching bag and a box office lightweight. As a result, his planned third film – a Western, co-written with his future 48 Hrs. collaborator Roger Spottiswoode and starring Tommy Lee Jones – collapsed.

Fortunately, his longtime producer Lawrence Gordon had the solution in his back pocket. Years earlier, he had acquired the rights to Sol Yurick's 1965 novel The Warriors: A loose adaptation of Xenophon's Anabasis, following a New York street gang fighting their way back to their home turf.

According to Hill, Gordon had been developing it "on a back-burner basis," with an eye to selling it to his old colleagues at B-movie experts American International Pictures. He'd even given Hill a copy while they were in post-production on Hard Times, and while he did not love the pulpy novel, the director was drawn to its classical influences, and saw real cinematic potential in its stripped-down, run-and-gun narrative. "But I said to Larry, 'They'll never let us make this. There's no movie star, and it's not an easy movie to make. You've got to be out there in the streets, you've got to do it at night, all of which means it won't be super-cheap.'"

Then his Western fell through, and Gordon dusted off Yurick's book, telling Hill that Paramount was desperate for projects even remotely like their 1977 mega-smash, Saturday Night Fever. "So we made a very quick deal, and three days later I was in a hotel room in New York, rewriting the script and starting to look for locations."

Against all odds, The Warriors was "that rare thing – a big hit without any movie stars, and for the first time I thought, 'Well, they'll have a hard time getting rid of me now.'" It wasn't just Hill that stuck around: The iconography of the film, from the distinct looks of the gangs to Lynne Thigpen's unseen deejay sending threats and messages out across the airwaves, have permeated filmmaking. The soundtrack and script are regularly raided for samples, and in sports the Golden State Warriors co-opted the "Warriors, come out to pla-ay!" line, much like Shaq would own "Can you dig it?" Not bad for a film the studio wanted to kill. Hill said, "It's joined the culture in ways that, God knows, we never anticipated."

He seems equally shocked about its longevity. "Christ, it's 40 years old, and the one thing that we know about youth culture is that it doesn't treasure things from the past." However, the audience response has changed in those four decades. Like Rock Around the Clock and Blackboard Jungle two decades previously, on first release it was condemned for lionizing gangs, with lurid headlines about fights at screenings. "It was perceived to be this dangerous vehicle, corrupting the youth of America and the world," said Hill. But much like those predecessors, the response has mellowed with the passage of time. "It plays almost like a musical now."

That reappraisal sits well with Hill. "It takes 20 years for you to work out whether a movie's any good or not."

Once Upon a Time in the West With Scott Frank, Sat., Oct. 28, 4:30pm, Central Presbyterian Church, Sanctuary

A version of this article appeared in print on October 20, 2017 with the headline: Can You Dig It?