The Eyeslicer Roadshow Aims to Melt Your Brain 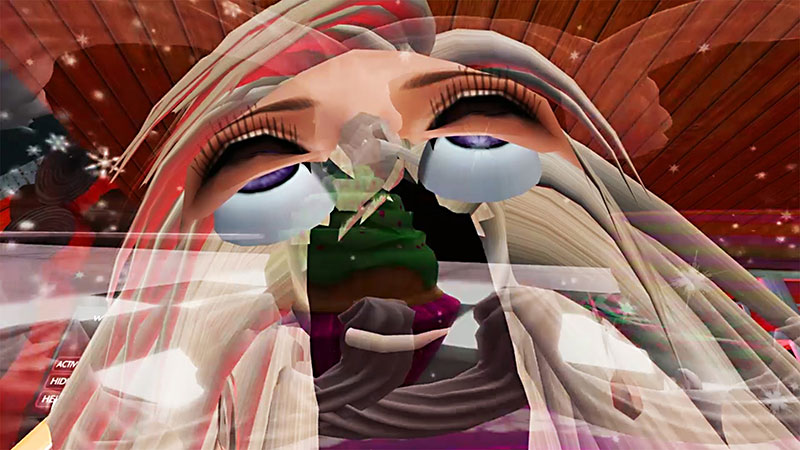 “The Birth Tab” (By Ben Wheele)

Ever been to a film festival, seen a short film, and cursed that you'll probably never see it again? That's why Dan Schoenbrun has created The Eyeslicer, a new platform for low-budget, lo-fi mini-movies that he hopes will give these gems life beyond the festival circuit.

The new online show compiles 10 hourlong episodes, each built around a theme, with shorts by dozens of rising filmmakers bound together with linking material created by the producers. This Tuesday, Schoenbrun will screen two episodes from the first season at AFS Cinema. "The curation process wasn't easy," said Schoenbrun, "because we didn't want to make it feel like a bunch of random shorts thrown together, but there's just this treasure trove of films lying around."

In his old day job as Kickstarter's senior film outreach lead, Schoenbrun learned much about the challenges facing modern low-budget filmmakers: "The internet has done so many good things for art and artists and democratizing great work, but it's really hard to stand out." That double-edged sword is particularly brutal for short films: "So many of them are made and released in isolation. If you don't know to look for them, you're not going to find them. So that starting idea was to build a home and a brand around a certain kind of adventurous, provocative short."

He and series co-creator Vanessa McDonnell started with the anthology format of 2016's collective:unconscious, an audacious project in which five New York filmmakers adapted each other's dreams. It laid the groundwork for The Eyeslicer: "It was my first experiment in trying to create an umbrella for great work, and for great filmmakers to work within. That was the inspiration to go all-out and say, 'Instead of doing an hour-and-a-half, five-person film, what if we call up all of our favorite filmmakers and do a 55-person collaborative TV show?'"

Schoenbrun describes the series as "where curation meets compilations and community." Eclecticism is everything: a hand-animated autobiography about bad first relationships is followed by a lo-fi tale of the roommate with zero boundaries, and a cinema verité documentary about Silicon Valley's homeless. He and McDonnell took their influences from Nineties cut-up culture, like MTV's 120 Minutes and Liquid Television, but also from the handmade zine scene, and even seminal anthology comic Love and Rockets, which Schoenbrun dubbed "a semi-serialized variety show in comic form."

The talent roster signed up to contribute includes rising talents like Amy Seimetz (Sun Don't Shine) and Nathan Silver (Thirst Street), as well as Austin film scene fixtures like Annie Silverstein ("Skunk"), Augustine Frizzell ("I Was a Teenage Girl"), David Lowery (A Ghost Story), and the Zellner brothers (Kumiko, the Treasure Hunter). But don't call them indie filmmakers. "The term independent film doesn't really mean anything anymore," said Schoenbrun, who said The Eyeslicer represents "radical filmmaking ... work that is knowingly and deliberately outside the mainstream."

A version of this article appeared in print on October 13, 2017 with the headline: A Searing Vision