Austin Witches Circle: "It's Not a Coven, It's a Community" 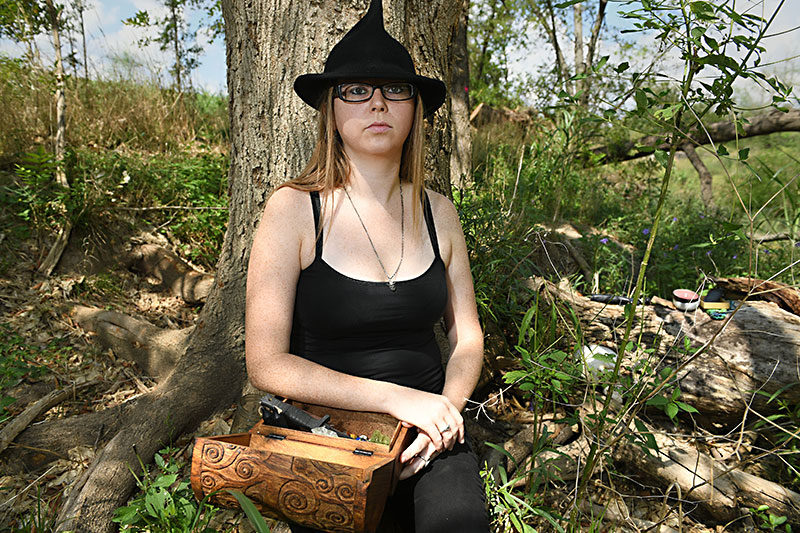 "There certainly can be satanic witches – they're around, you know? But the idea that witchcraft in and of itself is evil and has anything to do with Satan or, like, a Christian devil – that's the worst misconception."

So says Jessica Beauvoir, founder of the Austin Witches Circle, as we talk in the side office of Zucchini Kill, the vegan bakery run by Cece Loessin in that small group of food trailers near the eastern end of North Loop. Beauvoir, in her mid-20s and an Austinite for just over two years, holds down the Zucchini Kill counter on Thursdays, also purveying her own line of apothecary goods via that mini-powerhouse of delectable noms.

But that's not where she sells most of her herbal wares.

"I was selling my apothecary things at various markets," says Beauvoir, "but I wasn't really finding the right niche for what I was doing. And I met some other kind of witchy vendors, and I had an idea for a Dark Moon market, and I thought it would be a good thing – and so did a lot of other people. And I realized that there was a lot more to it, not just a desire for a market, but also for a community. Because we're all artists and crafters, and a lot of our vendors' stuff might have to do with magical work or something along those lines."

So the Austin Witches Circle is a sort of community, then. It's also a weekly market and a way for like-minded folks (pagans, vegans, naturopaths, the alterna-spiritually inclined) to meet up. But what it definitely isn't, is a coven.

“The idea that witchcraft in and of itself is evil and has anything to do with Satan or, like, a Christian devil – that’s the worst misconception.”

"There are a few covens in town," says Beauvoir, "but a lot of people don't feel like they need to be in a coven. Or it's hard to find people that they identify enough with to join a group like that – where it's very tight-knit, you know? A lot of witches are solitary; they don't really practice with a lot of other people. Austin Witches Circle is more of a loose collective. We don't do spells together – I mean, you can certainly meet people in the group that you might be interested in doing those things with, probably way more likely than just meeting them anywhere else – but, no, we're not a coven."

It can be rough, trying to get any kind of grassroots endeavor going in this increasingly expensive city of ours, and more high-end entrepreneurial gambits fail all the time. And yet, here in 2017, with music studios relocating to Lockhart and elsewhere for affordability, with theatre and dance companies being priced out of their longtime venues and becoming effectively homeless, Jessica Beauvoir and friends have conjured up a witchy model of commerce that … sustains itself?

"Honestly, it's surprised me that we can sustain a market a week – that we have the vendors, that enough people come," says Beauvoir. "But, right out of the gate, the first few events were wildly popular – unexpectedly popular. We were a bit overwhelmed, like, 'Wow, there's 300 people here!' Since then, attendance has taken a dip back to, like, levels of normal. I think what happened, we started out really busy – so busy that some people were like, 'I went to one of those markets and there were just too many people!' And I'm like, 'No, it's calmed down since then, I promise!' But, in the past few months, it's starting to pick up again as we move toward October. But it's more regular levels of growth, not like how it just shot up at first."

And where are these markets?

"We have them at four different venues," says Beauvoir. "The Dark Moon Witches' Market has been happening at Drinks Lounge on Cesar Chavez – they've been awesome and supportive since the beginning. And we do a mini-market at the Vortex, in the yard outside the theatre, which has also been happening since we started. And there are varying degrees of ages, age restrictions, in the different places. Like, Drinks Lounge is 21-plus, but the Vortex is all-ages. And we started doing some mini-markets at Elysium, during their Eighties Night, and that's 18-plus. And our newest venue is Buzz Mill, which has been awesome for the full moon, because it's outdoors and it's all-ages. It happens on the patio, so we can fit the most vendors there, and we have about 20 different vendors at that one – it's been a really big thing every time we've done it there. And we're gonna start doing one at the Buzz Mill in San Marcos, too."

Moving and shaking, at least metaphorically, this Beauvoir. But maybe, sometimes, also moving and shaking like some pagan priestess wielding a smudge stick and a Square-enabled iPhone. And how does a young woman – growing up in North Carolina, in another small-town notch of America's Bible Belt – get involved with witchcraft in the first place?

"You know, I can't even remember at what point I was like, 'This is what I wanna do,'" says Beauvoir. "I think it was just a gradual increase toward, I don't know, how everybody has their goth stage? Well, not everybody, but like, in high school, when you're so dark and tormented inside. And then getting older and getting more interested in alternative living and sustainability and environmental things. And spiritual practice, too, the way that comes together. I'm still figuring out exactly what it is I like to do and believe and everything, but I was probably 17, maybe 19, when I first started really delving into witchcraft and magic, learning about it, figuring out what I thought about it all.

"A lot of people," she says, "especially if they're isolated like I was and don't really know anybody else who practices witchcraft or any type of paganism, they'll read about it. I ordered used books on Amazon, and the first book I read that I really connected with was Witchcraft: Theory and Practice by an Australian witch named Ly de Angeles. And I think a lot of people are exposed to witchcraft through fantasy, too – in books of fiction, and movies, and video games. That's probably a lot of people's first foray into the world of magic. Especially as children – because everybody's exposed to fairy tales, of course, everybody's exposed to that sort of magic as a kid. But most people grow out of it."

And some people grow into it – maybe like how this city is growing into whatever it will become. Which, at least in one witch's estimation, is not necessarily a bad thing.

"I don't think the Witches Circle and the markets would have happened in almost any other city," says Beauvoir, who chose to settle in Austin after stints in Denver and California and Florida. "I haven't been here that long, but based on my experience of the city, there's a casualness to things at the same time that it's undergoing all these changes. I wasn't here for Old Austin, I don't remember what everyone else remembers, but I can still feel that general vibe moving from the past into the future. I don't think any other city has the culture for this to have worked."

A version of this article appeared in print on September 29, 2017 with the headline: A Different Kind of Craft 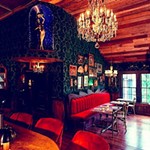 Majestic Meals for the Music Industry, Honey Moon Rises Triumphant, Love Supreme Steps In Giantly, The Butcher's Burger Pops Up, and More
All the news that's fit to get your taste buds quivering