Allergic to the World

The Sensitives and the illness of environment 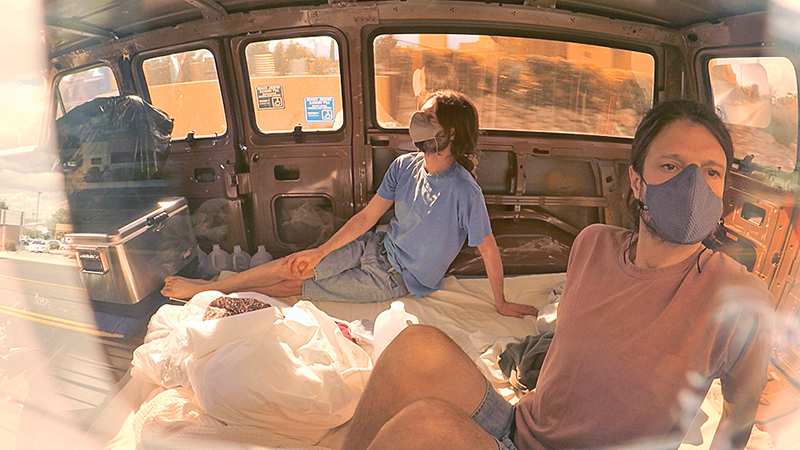 Chemical and electromagnetic sensitivities to the body, specifically on the spectral extremes, are argued to often inordinate degrees. Various international health organizations have not been able to square wide-ranging symptoms with certain causes. While studies on chemical sensitivity run into the nth, AMC series Better Call Saul and filmmaker Werner Herzog's 2016 documentary, Lo and Behold, Reveries of the Connected World acutely traversed the sociopsychological framing around non-AI-related ills of technology.

These include possibilities that people could have adverse reactions to the connective signaling that controls our world. Herzog entertains the idea that someone could be allergic to increasingly all-consuming modernity.

Xanthopoulos doesn't argue epistemology in his subjects' illnesses, nor present them as psychosomatic oddities, instead accepting them whole, meeting them where they are. He explores distinctly affected relationships, such as that of Joe, a sufferer desperately trying to hang on to his position as husband, father, and now a grandfather, and his dutiful wife, Lanie.

Predictably, Joe has developed an insular point of view, which grates at his wife, whose role in Joe's life has changed, openly challenging the "for worse" portion of their marriage agreement.

"You're watching a spouse struggling with the fact that she is now becoming a caregiver," Xanthopoulos says of Lanie. "That's a different role than being a wife."

The adventurous Susie has the most nuanced approach of all the subjects, electing to pursue access in spite of her illness. She's seen and heard making calls to specific offices, planning her patronization around their pesticide and chemical cleaning schedules.

"She's not looking for approval that what she's experiencing is physical or biological," offers Xanthopoulos. "She's skipping right over that, and she's saying, 'No, it's all about access issues.' This is the foundation of the entire disabilities rights movement.

"She is essentially asking the equivalent of what someone with a wheelchair asks. 'Do you have ramps that I can access that are approved by [Americans With Disabilities Act regulations]? Am I able to get into your building to see a doctor?'"

Ultimately, The Sensitives stamps an intensely human element onto easily disbelieved figures, often displaying uncomfortable situations. Xanthopoulos displays authentic suffering and recovery, in all its relative shades. The lack of science positions the affected into an intriguing catechism, says the director.

"Sam [one in a set of twins who's been affected, along with their mother] says it perfectly: 'What's more interesting, the prisoner or the cage?'"