Pass the popcorn (and the awards) 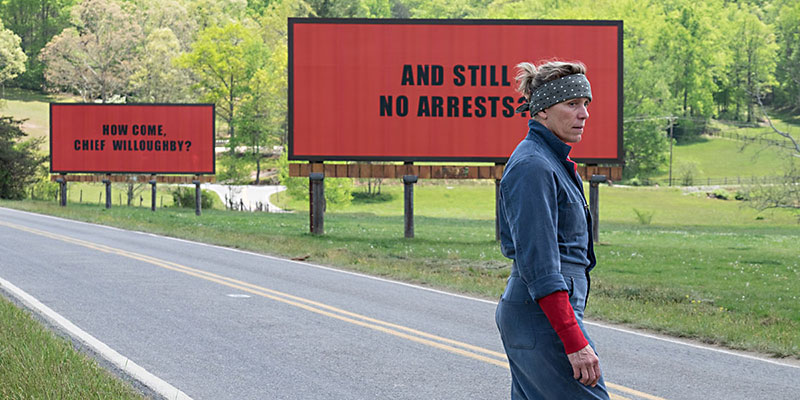 The annual Toronto International Film Festival (TIFF): a celebration of films from around the world, a place for the discovery of new talent and reconnection with established masters, a market for film buyers, and a bellwether for the upcoming awards season. For a working film critic, the festival is something of a busman's holiday. Not only does one engage in the same activity undertaken every day throughout the working year, the 10-day festival allows the critic to do so with extreme gluttony. It's movie hedonism at its finest, yet even a glutton can only indulge in a fraction of the offerings.

Strategy, therefore, is essential in making one's choices and there is a constant need to make tie-breaking decisions. I opted to skip such soon-to-open titles as Darren Aronofsky's Mother! and Alexander Payne's Downsizing, yet still found myself drawn to such other fall openings as Dee Rees' Mudbound (a Netflix saga about intertwined racial relations in midcentury America that's sure to have a theatrical release for awards consideration because it's that good), Sean Baker's The Florida Project (another so-simple yet deceptively complex character study from the director of the iPhone-made Tangerine), and Martin McDonagh's Three Billboards Outside Ebbing, Missouri (darkly funny and genuinely moving). Sure to garner attention for the commanding central performances of Frances McDormand and Sam Rockwell, Three Billboards also received the festival's top honor, the Grolsch People's Choice Award. (The film was also scheduled to play at this weekend's Fantastic Fest until distributor Fox Searchlight withdrew the film in response to the Alamo Drafthouse's Devin Faraci controversy. See "Drafthouse in Hot Water Again Over Association With Devin Faraci," Sept. 13, for more details.)

Another tactic I use in making film selections is to get a jump on films which are already scheduled to play at Austin film festivals in coming weeks. Films that I saw in Toronto which are also playing at Fantastic Fest include The Killing of a Sacred Deer (Yorgos Lanthimos' more grounded but nevertheless weird and metaphorical follow-up to The Lobster), music-video director Joseph Kahn's Bodied (a grad student's immersive plunge into the world of rap battles, which won the festival's Midnight Madness award), Thelma (Norwegian director Joachim Trier's cautionary tale about religious fundamentalism and sexual repression), and Brawl in Cell Block 99 (S. Craig Zahler's beautifully composed yet grisly thriller starring a perfectly cast Vince Vaughn). I also caught the Austin Film Festival's opening-night film Lady Bird, Greta Gerwig's charming directorial debut.

Among TIFF standouts for me this year are The Death of Stalin (Armando Iannucci's predictably acerbic political comedy, which stars an unlikely Buscemi as Nikita Khrushchev). Buscemi also co-starred in another fave, Lean on Pete by Andrew Haigh (Weekend), an emotional yet unsentimental story about a boy's tough maturation. Other top picks include Guillermo del Toro's The Shape of Water, another magisterial fantasy from the master; Hostiles, a Western starring Christian Bale and Rosamund Pike by Crazy Heart director Scott Cooper; Louis C.K.'s directorial debut, I Love You, Daddy, a very meta and funny, black-and-white comedy in a Woody Allen vein about a man whose 17-year-old daughter (Chloë Grace Moretz) becomes involved with a 68-year-old man (John Malkovich); and Agnès Varda and JR's documentary masterpiece Faces/Places.

A version of this article appeared in print on September 22, 2017 with the headline: Pass the Popcorn (and the Awards)