Vive la France! (and Its Cinema) 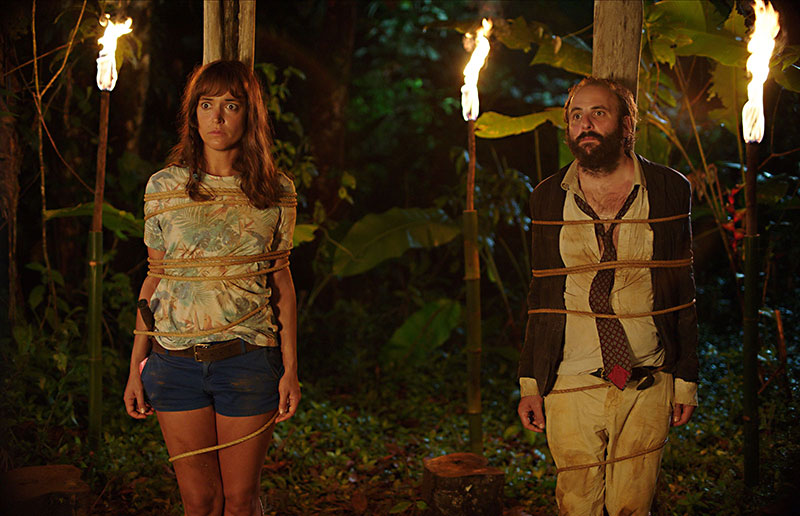 If you think French cinema begins with Truffaut and ends with Godard, Ciné-Club founder Julia Podgorsek McMahan has a new wave of satires, comedies, and working-class dramas for you. She said, "My mission as the Ciné-Club programmer is to bring this to the people."

She may be the ideal ambassador for French cinema in Texas. This Parisienne graduated in film and American studies from the prestigious Sorbonne, and became an experienced film programmer before moving to Austin in 2014. Her plan to immerse herself in its burgeoning cinema scene floundered when she saw the lack of career vacancies in distribution and booking. So rather than wait for an opportunity to appear, she launched Ciné-Club – monthly screenings of new French films, complete with intro and post-screening Q&As.

The project is under the banner of the Alliance Française: Founded in 1883 to enforce French culture on its colonies, McMahan said, "Now, it's something that spreads French language around the world." When Ciné-Club began in 2015, the alliance connected her with Institut Français, a new government initiative to globally highlight French art. They gave her access to a vast archive of modern Gallic cinema: "Acclaimed films, important films in the arthouse French scene. When I saw this platform, I went, 'Oh my god, this is amazing.'"

For McMahan, this is an exciting time for French cinema. Gone are the old bourgeois fixations and filmmakers, replaced with more diverse stories and storytellers. She said, "They talk about the working class, they talk about race, they talk about identity." Moreover, les Français have never been more open to foreign influences. To protect their indigenous industry from Hollywood, older directors "wanted to place French cinema on a hill for the intellectual audience, and rejected it as an entertainment experience." The new generation absorbed blockbuster moviemaking, but still retained that Gallic insight. She said, "We can make films that make people think, but we can do it in a nonintellectual way. To tell the truth, it fits my point of view."

This month's film, 2016 comedy La Loi de la Jungle, is a perfect example, being both a jab at France's colonial history and a commentary on modern employment practices. Balding, thirtysomething, perpetual intern Marc Châtaigne (Vincent Macaigne) is an idiot abroad, dispatched by the Ministry of Standards to tropical French Guiana to build the country's first indoor ski resort. Bureaucracy and colonial legacy come under the satirical knife, as does the lack of opportunities for young French people. "We are interns until we are 30," McMahan said, and that's something with which she hopes career-crippled Austin audiences can empathize. She said, "People saw French cinema as, 'Oh, this is too complex, this is too arty.' What I tell them is, 'Hey, this is only a minority of French films that is very elitist. You can watch French film and really understand.'"