After Green and The Unforeseen, it’s time to Look & See 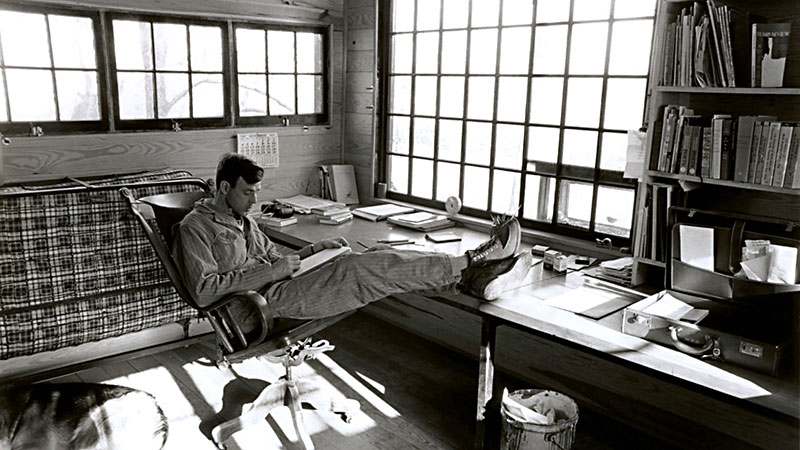 For filmmaker Laura Dunn, the joy of making documentaries is in their unpredictability. She said, "The space where you don't have control, that's where the spiritual growth is."

Dunn's career has centered on modern America's tortured relationship with the environment. In 2000, her debut Green delved into cancer clusters along the Mississippi River. Seven years later, The Unforeseen waded deep into the politics, ecology, and symbolism of Austin's Barton Springs. With her latest film Look & See: A Portrait of Wendell Berry (which debuted at SXSW 2017 as The Seer), she examines the philosophy of poet, farmer, and activist Berry, whose life and labors in rural Kentucky have made him a quiet leader in the ecological movement.

However, there is more personal connective tissue for Dunn to the three films than just their environmental themes. With Green, the UT grad wanted to return to her home state of Louisiana. Her follow-up came at the prompting of another Austin filmmaker, Terrence Malick, and that in turn became the starting point for Look & See. Dunn said, "When we look at a 20-year arc, what themes you explore at different times have a lot to do with your life."

The Unforeseen opened with Berry's poem "III (Santa Clara Valley)," but Dunn's fascination with his work dates back to her high school days. The daughter of a maize geneticist, she grew up around agricultural research departments, and found that Berry's themes of Southern culture and rural life resonated with her. When contemplating her third film, a bio-doc about an author seemed a change of pace: After two massive and complex ecological stories, she said, "I didn't want to do a larger issues piece. I wanted to inhabit a smaller world."

Yet she still retained the multifaceted storytelling from her earlier films. In catching a true portrait of Berry, Dunn realized that she must capture his insight, not his image, with his family and neighbors as significant as he is. She said, "I don't want to make a film about the way the world sees Wendell. That's never going to be as interesting as the way Wendell sees the world."

That was why Berry's limited involvement did not derail the project. Knowing that he despises films and screens in general (he contends they deaden the imagination), Dunn recalled, "When he said, 'I don't want to be on camera,' I said, 'Fine.'" She knew there would be solutions, like when lobbyist Dick Brown would only allow audio recording for The Unforeseen, then let Dunn film him building a model fighter plane. That juxtaposition, far from crippling her narrative, evolved into a central conceit. She said, "It becomes a metaphor for a militaristic approach to politics."

Dunn posits that, for documentarians, "the constraints are the greatest opportunity. ... You don't think of something that you want to have happen, and make it happen. You're not in control." That's where she sees a kinship between making documentaries and making a living off the land. "Farmers can't delude themselves. The weather is what the weather is."

That may be the deepest lesson that Dunn harvested and now nurtures. In an era when physical labor and life's inevitabilities are often obscured and obfuscated by the comforts of urban life, she sees a hard-won earnestness in agrarian communities. It's not a pastoral idyll, but something more grounded. She quoted what the Kentucky farmers would tell her: "It's a hard life, but it's a good life, and there's real wisdom in that."

A version of this article appeared in print on September 1, 2017 with the headline: After Green and The Unforeseen, It’s Time to Look & See 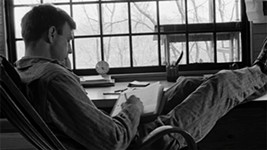 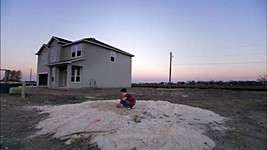