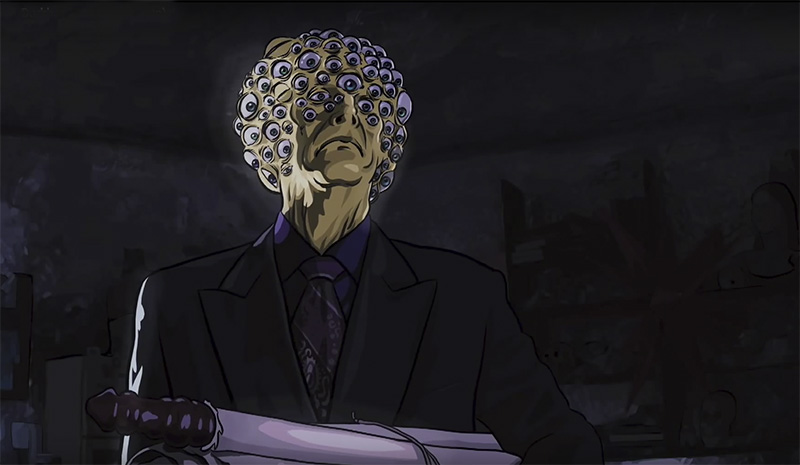 In the decade-and-change since its release, A Scanner Darkly has shifted in the critical consciousness from an admirable peculiarity to an acknowledged masterpiece of hybridity and illusion. The time is certainly ripe, then, for a conversation with one of its heads of animation, Paul Beck, which the Austin School of Film is offering at the Alamo Drafthouse Mueller on Wednesday, Aug. 30, 6:30pm.

Adapted and directed by Richard Linklater from the futuristic Philip K. Dick novel of the same name, Scanner fused digital photography with interpolated rotoscoping to imitate the psychotropic experience of Substance D drug users in Dick's nightmarish dystopia. With this idiosyncratic technique, animators trace over the original footage frame by frame, requiring thousands of labor hours.

This ambitious approach, spearheaded by Bob Sabiston and a team of several dozen animators, and managed by Beck and Jason Archer, gave life to one of the most visually distinctive worlds in cinema. The Alamo Drafthouse calls the film "strikingly beautiful and dizzyingly immersive"; and Beck, who also worked on Linklater's Waking Life, refers to the project as "quite the learning experience."

Originally trained "in painting and sculpture," Beck moved into animation with Waking Life and has been intentionally collapsing the boundaries around the medium in the years since. Yet still, after animating multiple features and directing his own films – several of which he is bringing to the Drafthouse event – "I still don't know the language" of animation, he claims.

For Beck, the "main goal" is to break personal, artistic ground: "When I approach a project, that is my time to learn and to surprise myself." That has meant taking on eclectic assignments of varying scale and scope, like directing the Latin Grammy Award-winning music video for Molotov's "Frijolero"; animating award-winning documentaries The Eyes of Me and Tower for director Keith Maitland; or crafting a short film for Al Gore.

Beck highlights Scanner as a "super unique, weird hybrid" in his oeuvre, the likes of which "won't ever be done again." He recalls, "When it first came out, people didn't know how to absorb it. It didn't really fit into live-action or animation; it had to prove itself." That seems to have happened: since the film's release in 2006, Beck has had "complete strangers" from the Austin community "walk up and tell you how much they appreciate your work."

"The way [those projects] were accepted in the adult community has been totally enriching," he says. "When you work on something that long, and it goes out into the public and gets that response, it gives you the courage to try more things, to push the limit." 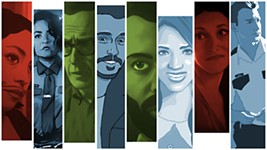 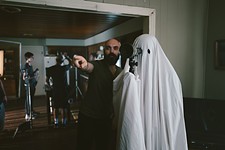