Yoga With Adriene Brings the Yoga Studio to You 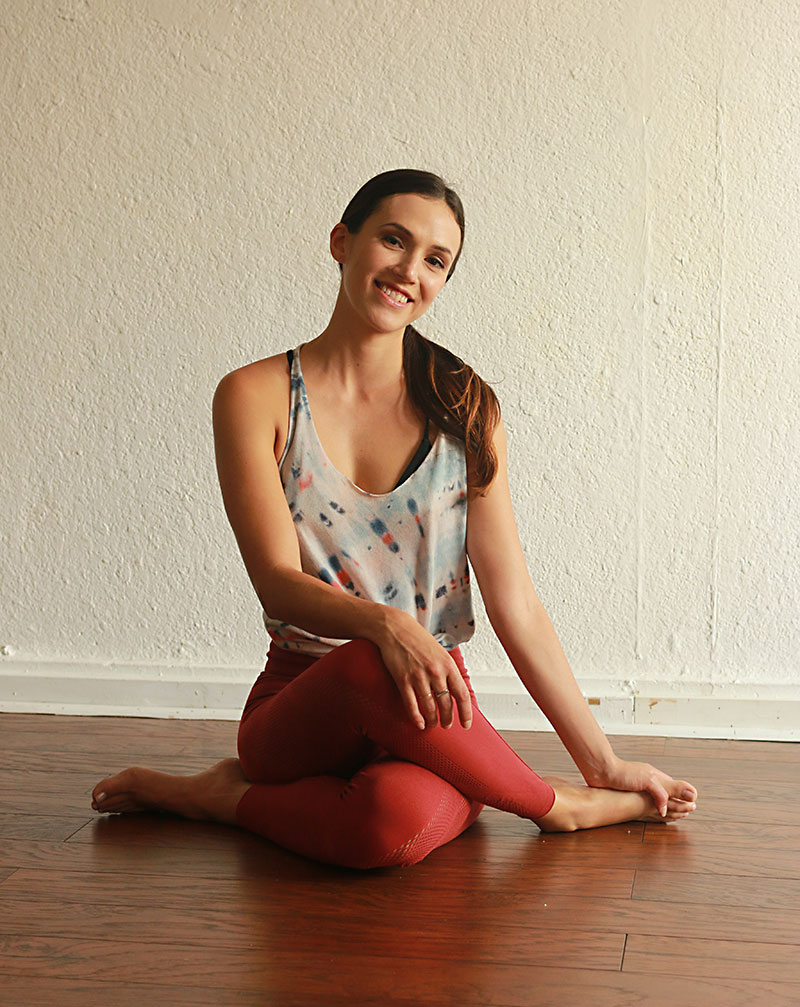 Adriene Mishler teaches yoga to millions of people every week, for free, in one of the least meditative places imaginable, the internet. With 2.4 million YouTube channel subscribers, the Austinite has created a brand by inspiring others to find their breath and move their bodies. She says, "It's really funny that YouTube, of all places, has revealed the power behind just being current and conscious and kind. It's so wild."

From a young age, yoga was incorporated into Mishler's daily life as a warm-up for her stage and dance rehearsals. Still, it was her first love – acting – that really inspired her yogic path. She'd already started two businesses (Love Kids Yoga and Austin Darling Yoga), but when she met Chris Sharpe on "a very horrible B-rated horror movie," her purpose became clear. Sharpe founded the successful Hilah Cooking channel with wife Hilah Johnson, and when he wanted to create a new, wellness-focused outlet by the same means, he went straight to Adriene. They shot the first Yoga With Adriene video in her house in 2012. "The goal was always to do it a little bit like Mister Rogers' Neighborhood. That was Chris' original inspiration, and I like to circle back to that now that it's grown because I feel like that's what makes it unique," Mishler explains. "I wouldn't say we're exactly like a Dharma & Greg, but I think having Chris as a partner has really helped me get my head out of my own yoga ass."

Though initially skeptical about YouTube yoga, Mishler couldn't be more excited now that she's found a way to help. "Even in tiny towns, yoga classes are like $17. I think the wellness industry is going to continue to boom, so I'm really proud that we've put our heart and soul into providing free yoga. The mission of Yoga With Adriene will always stay the same: to provide as much free yoga for as many people as possible. And that's something we agreed on from the beginning," Mishler says. "It's so cool to see yoga all over, in people's homes, and to see all these people doing yoga and not just – all right, I'll say it – not just these white women in tight pants. Yoga is so cool and so inspiring. So I'm gunning hard for the legacy of getting yoga into the home like any other hygienic thing, like showering."

Quirky and playful, and completely comfortable on camera thanks to a lifetime of actor training, Mishler's teaching style has much to do with her success. She cracks herself up mid-session, encourages all of her "friends" to join in whatever capacity they're able, and is often accompanied by her blue heeler, Benji. The feedback on both her website and channel is a testament to the positive impact her work has on so many followers. Thousands of commenters cite depression, divorce, injury, body image issues, and lack of confidence as reasons for tuning in. They credit her charm and compassion as the reasons they keep coming back. A prime example of her genuine, down-to-earth style is her favorite pose: downward dog, or adho mukha svanasana in Sanskrit. "It reminds me to change my perspective, and it's also nice to stick your butt up in the air and put your hands on the ground. From a physical standpoint, logistically it's so great. It shows people who think they can't do inversion that they probably can. It stretches the whole body, reminding yourself – or your crazy brain – that it's all connected."

Part of her artistry is in creating diverse content. With over 300 videos and counting, there's a YWA video for just about anybody, and curated playlists for a variety of life's hurdles, targeting particular areas of concern. Choose from yoga for depression, for runners, for weight loss, for busy people, for the brokenhearted, or for seniors. Mishler and co. also have an app, Find What Feels Good, that serves as an online library with the entire YWA catalog, plus exclusive videos for subscribers. Mishler, sponsored by Adidas, still teaches several classes a week at Practice Yoga Austin, recently taught at Wanderlust Fest, and has an upcoming roadshow in the works. But after a year of what she calls growing pains, Mishler is also making space for her acting again. "We talk about yoga as being a union of sun and moon, light and dark, hard and soft. Yoga is a place where I really get to explore my own storytelling, and then when I'm performing, I get to really exercise those muscles in fiction." Vicky Boone of Rooster Teeth offered Mishler a chance to read for the second season of Day 5, and she landed the part of Gabbi. The series premiered at RTX Festival in July and releases on August 6. "I'm almost to the point where I can say I'm doing my two dream jobs. And I feel like a cock for saying that, but I do have to recognize it, as a way of thanking the gods," she says.

Naturally, with all this great power comes great responsibility. "What do you do when you all of a sudden realize you have a platform or a voice? It's been on my mind a lot lately. Who the hell am I to think I have a say on anything? It really disturbs me when people say 'yoga expert.' What makes an expert? We want everybody to be their own expert. ... The thing is, it gets really complicated when we're putting content out into people's homes. I don't want to tread lightly – because look at the world – but I want to be really yogic and conscious about what I'm putting out. It's more than mindful. I have to be really judicious and aware and smart and authentic with every word because one, millions of people will check my ass, but two, I'm considering so many other people now," Mishler says. "No yoga teacher should assume that a certain practice or sequence or color is gonna make anyone feel a certain way. All you can do is write the invitation, and I think YouTube is the perfect place to experiment with that."

She adds, "I always say that quote – I forget who said it – but there are a million different ways to say 'I love you.' I like to think of the YouTube channel as an opportunity for me to keep providing all these different invites, and I think I'm just now able to get on my confidence sled and go."

For all things Yoga With Adriene, visit www.youtube.com/user/yogawithadriene.

A version of this article appeared in print on August 11, 2017 with the headline: Poses for the People 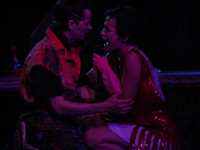 Adriene Mishler: Making her 'Assumption'
For this active Austin actress, there was something special about Refraction Arts' hillbilly/kung fu/rock & roll 'Hamlet'