From Dada to Dogme 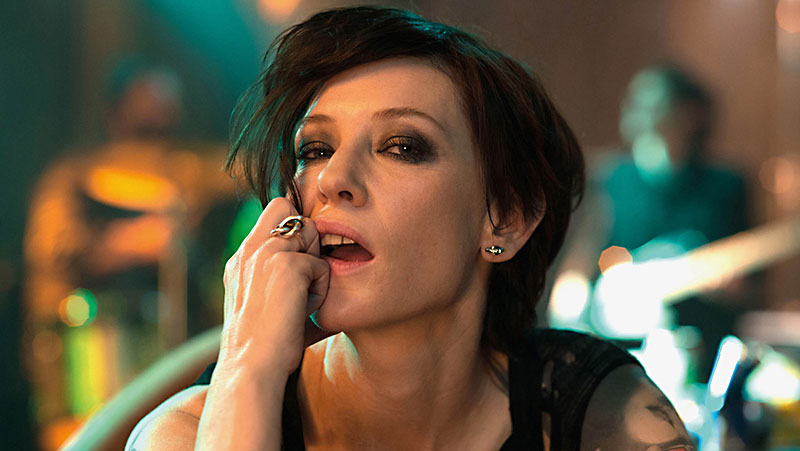 By and large, art installations converted into films are rarely useful in encapsulating, much less adequately conveying, the former's intentions, often coming off as excessive. Managing to bypass overindulgence, Berlin-based artist Julian Rosefeldt's entrancing and intellectually rigorous 95-minute version of Manifesto is a fully graduated achievement, centered around Cate Blanchett's impressive skill as an actor.

Rosefeldt adheres to filmmaker Jim Jarmusch's essay "Golden Rules of Filmmaking" (here quoting Jean-Luc Godard): "It's not where you take things from, it's where you take them to." The film is a colorful amalgamation of thoughtful sociopolitical and artistic manifestos from surrealist writer and anti-fascist André Breton, Lars von Trier's "Dogme 95" filmmaking rules, theorists Karl Marx and Friedrich Engels' "Communist Manifesto," to German architect Bruno Taut, among other luminous thinkers, creatively and coherently building upon each other.

Originally a 130-minute multi-screen experience, writer/director Rosefeldt and cinematographer Christoph Krauss delve into the nuanced worlds of 13 characters – all capably played by Blanchett. At first, she is a rough-looking homeless person, loudly reiterating Marx and Engels' anti-capitalist screeds in the concrete hinterlands of an unknown city.

Next, she portrays a Wall Street trader obsessed with the unforgiving futurist/reductionist concept of speed as a dominating sociopolitical and economic force: "The suffering of a man is of the same interest to us as the suffering of an electric lamp." The camera pans up and away, showing an entire trading floor of her peculiar and predatory kind, late-stage capitalist sharks circling out of futurist Alvin Toffler's book, Powershift: Knowledge, Wealth, and Violence at the Edge of the 21st Century.

There's also a grieving woman in a funeral procession, insulting mankind with Tristan Tzara's Dadaist convention: "You're all idiots, made from the alcohol of purified sleep." In the character changes, which include an American housewife, an English factory worker, and an autocratic Russian choreographer, Blanchett's talent for realistic accents and character-specific mannerisms shines through, providing the film a credible foundation.

Manifesto presents interesting dichotomies, such as the scene with the aforementioned Russian choreographer, where she rails against artistic hierarchy while raining tyrannical directives down upon her dancers and stoic production assistant from her posh diamond-encrusted high horse.

Ultimately, as it is Rosefeldt's ambitious vision, there's a unique singularity found within the shorter version of Manifesto. His art installation was spread out over 13 screens, with thoughts confidently rammed together for you. It has a manner akin to randomly duct-taping puzzle pieces together out of the box, hanging it up on a blank wall, and calling it finished.

Out of this jagged linearity, the artist reminds you that data supposedly learned from known history, and the slow-applying subsequent societal behavior, have often made for the strangest bedfellows – as in, they are sometimes located in separate rooms.

Blanchett, this time as a schoolteacher, addresses her young students with the words of Ukrainian abstract artist Kazimir Malevich: "Art requires truth, not sincerity." Rosefeldt's immensely watchable Manifesto rings both genuine and sincere in its authentically human quality and accompanying contradiction.