Jenny Slate Returns to the Big Screen With Landline 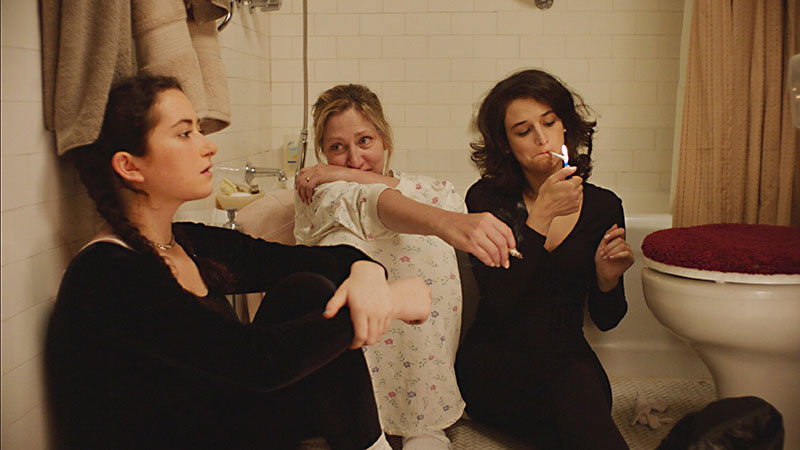 Sometimes it's the relatable minutiae that round out a film. Like so many of us who toe-touched subversion through adolescent body modification, writer/director Gillian Robespierre admits, "I have an eyebrow ring scar. I actually had two. I was like, 'Oh, the first one's going so well, getting all pus-y, so I'll get a second one." Robespierre's debut feature, Obvious Child, screened at SXSW in 2014, and she wrote the hot mess lead role in their latest collab specifically for Jenny Slate. In Landline, Slate's character, Dana, also makes the rash decision to rebel against her twentysomething mini-life crisis with an ominous piece of brow jewelry. This Nineties-set comedy explores the idea that familial units are conglomerates of individual humans and their distinct stumbles, but it's also an endearing example of sisterhood.

The era of floppy disks and plaid is familiar territory for this team, making it an ideal backdrop for exploring the awkward growing pains of witnessing family members screw up. Along with fellow Obvious Child co-writer Elisabeth Holm, Robespierre grew up in New York City during Giuliani's overhaul in the mid-Nineties, the last time middle-class families really thrived in Landline's Manhattan backdrop. Both women learned of their parents' divorces during their impressionable late teens, and the film's plot is loosely based on the subsequent blowback. Robespierre explains, "We had this shared experience. A lot of our friends' parents were already divorced, and our parents were the last to hold on. So, it was kind of expected; we actually came together in this beautiful new formation. Our siblings became our buddies, and our moms were always strong. They were not just these rule makers and college essay naggers, but they were, you know, real and vulnerable and really funny. Our relationships balanced out for the first time ever. We weren't just obedient daughters. We were people. Everyone was sort of holding in secrets and they got exposed, and it drew us closer together. It's not really depicted that way in movies, and we also wanted to show point of view through three females within one family."

Slate's character, Dana, recently engaged, feels a swell of panic as she wraps her mind around a monogamous future, and chaos ensues. Her little sister, Ali (Abby Quinn), dark and twisty and navigating club drugs and parents who actually give a shit, sees her big sister as an ally for the first time when parental truths are revealed. Robespierre wanted to explore how different ages handle infidelity, and the accompanying fear and newfound strength. "I think there's a lot of hope when I look at Ali's character. And then there's the mom, Pat [played by Edie Falco], the matriarch, sort of rounding it out. She holds this secret and has so many things she needs to do for herself. One of them is make sure this family stays a family because she's not ready. I think it's watching her daughters grow closer that helps her be truthful for the first time." 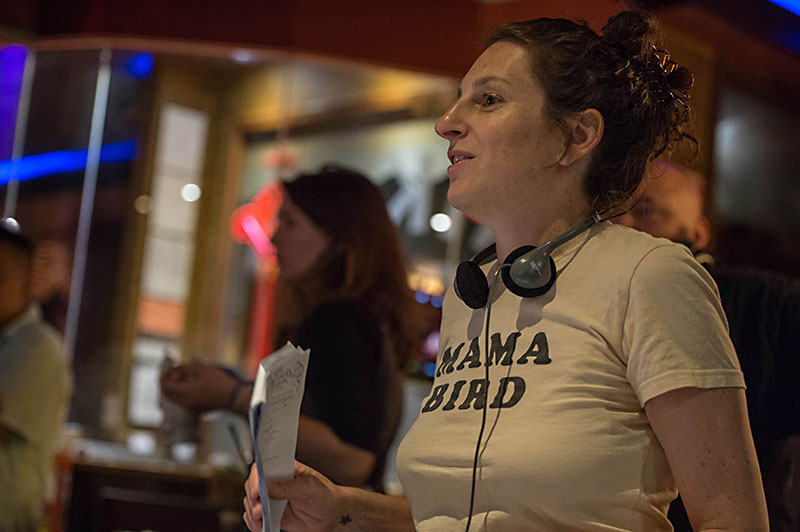 Robespierre's professional work mirrors the film's sentiment that teamwork, particularly amongst women, is critical. "I think collaboration is smart for women and it's empowering. I always say that talent should always be sourced before gender, but I love a set with a lot of women on it. I feel like I'm at home," she says. It's always refreshing to see a female-forward cast working with female filmmakers in a female-led story, but discussing gender in that manner has its own set of issues. She explains, "It's a double-edged sword. It's so nice to be empowered by other people's words, but it's also nice to just sit and talk about filmmaking and the craft. There are times when we're not able to do that because we're just talking about the fight, and there is a clear fight. It's not easy to get any movies made these days, but it's a little bit harder when you're a woman or person of color. It's nice to see articles saying we need more women in film and pressuring studios and the world to hear us and look at us, but sometimes it takes away from just trying to sit around and talk about film."

Slate concurs: "The fight unfolds because our experiences unfold, and so I don't think there could ever be a limit to talking about it. But the only times that I feel I don't wanna, that I'm over it, is when people insist that I must be experiencing a cultural trope that has just become trendy to talk about. For example, 'Isn't it hard for women in comedy?' That isn't my experience and it's annoying – and boring – to have to somehow answer that question correctly or reveal some struggles that I haven't had."

Still, the trio agrees that given the current state of the universe, it's really a time for women to speak up and carve out space for themselves, because the imbalance of power won't change on its own, within the entertainment industry specifically. Slate says, "There should have always been as many stories about women as men, and as much art about people of every culture as there is about just white people. ... With our political climate right now, and some of the wonderful ways our voices are becoming clearer and louder, it's encouraging more and more of us to stand out. I think the more you feel that there are unique voices, the more you realize your unique voice can also start speaking.

"If you are able to identify even a small part of you in a bit of art and you take it, you feel connected to the positive, open, magical world and that is really very powerful.

"In a time when everything is under attack, it's not just that we've gotta go out and march, it's that no matter what you do, no matter what your gender is – but especially as a woman – you've just gotta start talking. You have to start saying what your experience is, because that puts the humanity in there, and the more you focus on humanity, the more it becomes absolutely abhorrent to mess with it."

A version of this article appeared in print on August 4, 2017 with the headline: Hitting the Right (Dial) Tone