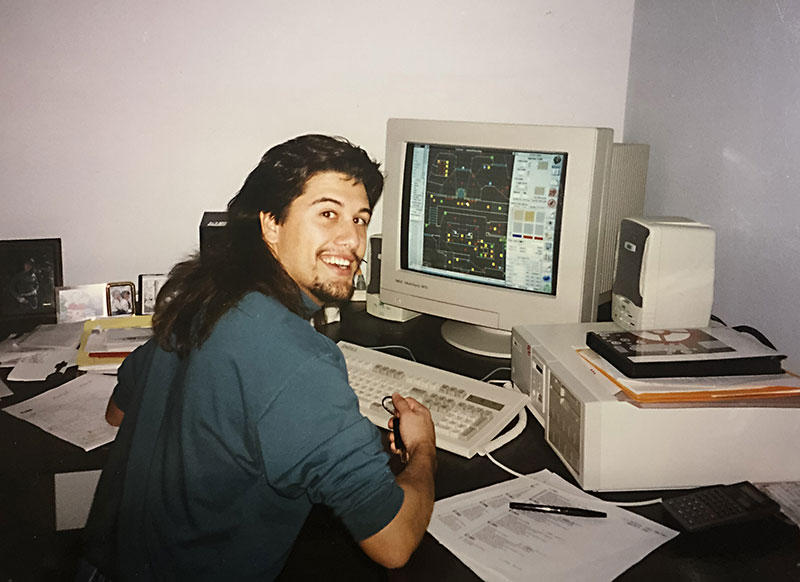 When you go to the Bullock Texas State History Museum, you usually expect to encounter things like battle-scarred artifacts from the Texas Revolution, the personal effects of cowboys and outlaws, or one of Lance Armstrong's cycling uniforms scrawled with a message of congratulations from Governor George W. Bush. But starting Saturday, July 29, visitors will be able to explore another important facet of Texas history – video games.

"The gaming industry has strong roots in Texas – and especially in Austin," said Bullock Museum Deputy Director Margaret Koch. "It was important for us to tell this story and to show how, for the last 50 years, gaming has influenced the way we work, play, and learn every day."

The new exhibit, "Pong to Pokémon: The Evolution of Electronic Gaming," is dedicated to showcasing the history of video games and the gaming industry here in Texas, which only trails behind California in number of game developers. Visitors to the exhibit will be able to follow the rapid growth of the industry in the Lone Star State and beyond, from the earliest days of mainframe computers and arcade machines to today's multifaceted and constantly evolving landscape of consoles, PCs, phones, and virtual reality.

One hundred rare artifacts of gaming history will be on display, many of them on loan from personal collections and never before shown to the public. Visitors will be able to catch a glimpse of the Apple II workstation Austin-based developer Richard Garriott used to create the first computer role-playing game, Akalabeth; a page from the Doom "bible," the blueprint for the legendary first-person shooter; and even a prototype Brown Box, engineer Ralph Baer's late-Sixties invention that is the grandfather of all video game consoles.

Although "Pong to Pokémon" is deeply informed by personal input and artifacts from seasoned veterans of the game industry, Bullock curators decided to organize it with a greater emphasis on how video-game players experienced the changes and growth of the medium through the decades.

"We want people to come away from the exhibit knowing how important the player is to this industry," said Jenny Peterson, associate curator of exhibitions. "We want them to see how the player has changed over time, and as a result, how that's changed the industry."

The special exhibition will run all the way through March 18, 2018, making it one of the longest exhibits the Bullock has ever produced. By keeping it up almost year-round, the museum hopes to attract out-of-town visitors attending seasonal events like SXSW and ACL, people who wouldn't normally consider stopping by the local history museum during their stay. Even these die-hard music and movie enthusiasts can stand to learn a thing or two about what may be today's most relevant form of media.

"We want to get across that this industry is just as important as film, music, and television," Peterson said. "This is a billion-dollar juggernaut that has really changed our cultural landscape, and it's only going to get bigger. It's not going anywhere."

“Pong to Pokémon: The Evolution of Electronic Gaming” opens Sat., July 29, and runs through March 18, 2018. Visit www.thestoryoftexas.com for hours and more information.