Imaginary Drinks We Wish Were Real

So even small-batch ciders and top-shelf liquors aren't tickling your taste buds anymore? Try a snifter of some of fiction's greatest beverages.

As originally mixed by ex-president of the universe Zaphod Beeblebrox, this rich and nuanced cocktail has best been described as like "having your brains smashed in by a slice of lemon wrapped 'round a large gold brick."

Best served at: Milliways, the Restaurant at the End of the Universe

Best served accompanying: Milliways' dish of the day (ask it for its own recommendation about the best cut), or at least with a good dialysis machine and a copy of your last will and testament standing by.

Rumors that it is just Duff with a different label will be challenged in court.

Best served accompanying: Anything from Sam's Chicken Shack. Just make sure any coupons are still valid. 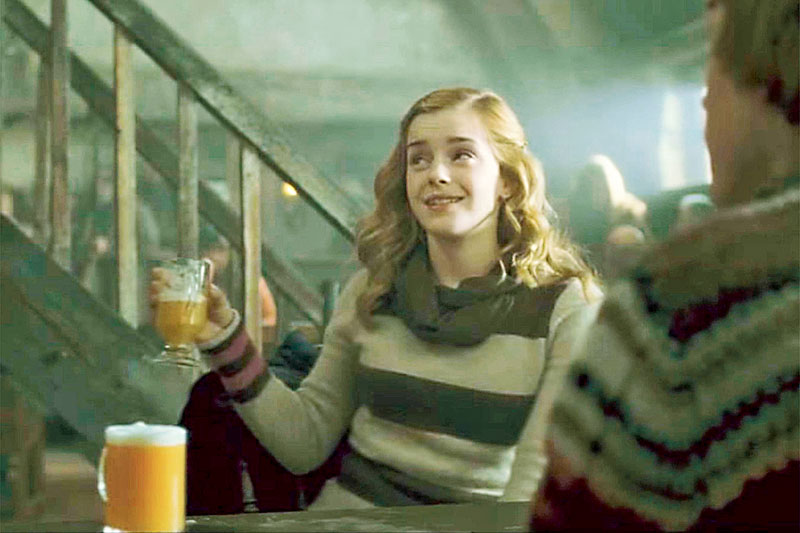 Best served at: Purists argue whether it's better kept at the Hog's Head Inn or the Three Broomsticks, although the Leaky Cauldron has a decent cellar.

Best served accompanying: Steak and kidney pie for the living; maggoty haggis for the dead; and stoat sandwiches for giants.

Best served at: Due to tense diplomatic relations with the Romulan Star Empire, not available within the United Federation of Planets. However, there's a Zibalian on Beta Agni II who might be able to help you.

Best served accompanying: Hlai'vnau, just like Gram-Gram used to make before the Tal Shiar took your family away for questioning.

The distinctive blue beverage of the Outer Rim, and a dietary staple among moisture farmers

Best served with: A hearty bowl of womp rat stew with Tusken bread for that authentic Tatooine experience. For bolder palates, try the Klatooine paddy frogs.

The soft drink so addictive that its slogan is "It's highly addictive!"

Best served at: The planet Wormulon, where it is produced – no, wait, you don't want to know how it's produced.

Best served with: A nice slice of Panucci's Pizza. Like it says on the box, don't tip the delivery boy.

With thanks to The Hitchhiker’s Guide to the Galaxy, Family Guy, Harry Potter, Star Trek, Star Wars, and Futurama.