Summer is here, winter is coming, and some housekeeping 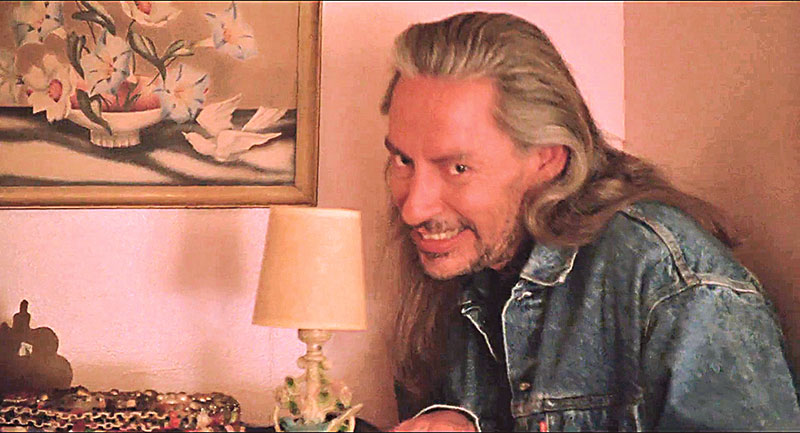 Twin Peaks: Fire Walk With Me

You, dear reader, may have noticed a few changes in the last month here within the Film Listings section of this venerable publication. What used to be a page or more of Special Screenings listings every week has shrunk down to create a space for this rotating column, one in which we highlight local film series, special events, and discuss the history and context of various cinematic goings-on in Austin. Rest assured, you can still find all the information on our website, but we're devoting this space to championing some cool people programming some cool shit.

Speaking of that, we've also started a new weekly space for folks around the Chronicle office to briefly expound on what they are currently streaming on their home devices. Each week, one of our distinguished staff curates three of their must-see, small-screen gems in our "What'cha Watchin'" column. Since everyone employed here seems to have some endearing (not always) quirks, you can be assured that it will be a cavalcade of recommendations both eclectic and baffling.

We'll also be using this space to highlight some streaming hidden gems, as well. Besides national news stories on the cosmic horror befalling all mortals, is there a more ubiquitous, aggregated online list than the ones about what is coming and going from Netflix, Hulu, or Amazon? Those press releases turn into clickbait faster than a Shia LaBeouf nosedive. We'll be digging deeper than those copy/paste jobs, scouring those streaming corners for interesting, local productions, and the aforementioned cool shit (currently embodied by Oh, Hello on Netflix). But soon there will be a new clickbait queen, as HBO's Game of Thrones gears up for its penultimate season this weekend. After that, you can expect endless recaps and speculations for the next two months, clogging your social media feed (not to mention the endless memes) as the show moves beyond the source material and into the realm of "everyone will have theories." We'll try to steer clear of that business, but no promises: We are a free alt-weekly in 2017, after all, and everyone's got bills to pay. Valar dohaeris.

Should you wish to step out of the confines of your living room and into the wonderful triple-digit Texas heat, this week is particularly full of fun, classic, and provocative entertainment. There's a Scorsese vs. Coppola thing going on behind the scenes at the Alamo it would seem, as the former's breakout Mean Streets and the latter's minimal masterpiece The Conversation both screen at the Ritz, both highly recommended. And if you have never seen The Godfather on the big screen at the Paramount, it is a life-changing experience, so be there next Thursday, and bring the ... well, you know. You could get your dinosaur fix with Blue Starlite Drive-In's Jurassic Park Fest, starting tonight and going into the weekend, or go check out a 35mm print of the underrated Robert Altman gambling film California Split, although you may have to actually play poker to attend. If you've been enjoying David Lynch's Twin Peaks: The Return on Showtime, you'll be pleased to know that the folks over at AFS Cinema have booked a handful of screenings of the remastered Twin Peaks: Fire Walk With Me, a key component in grappling with Lynch's glorious vision. Garmonbozia!

Send film events, screenings, and other cool shit to specialscreenings@austinchronicle.com.