The party game you never knew you needed 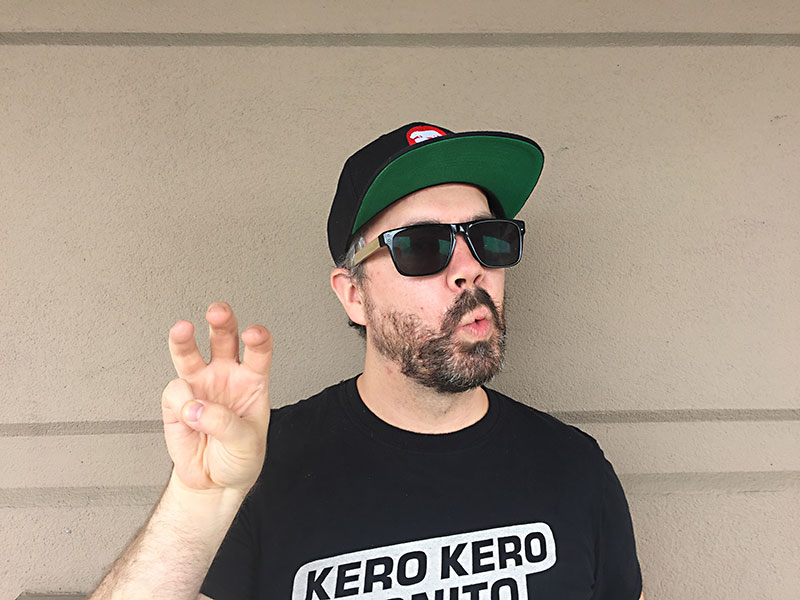 Phillip Johnson throws up his game’s signature “claws up” pose.

You're making a video game. You're looking for compelling characters to populate a postapocalyptic, 2-D, run-and-shoot experience. You need that perfect balance of speed, excitement, and fun to ensure your multiplayer game's reception. You end up deciding on ... what?

If you said sloths, then you have the same warped sense of logic as the makers of Rooster Teeth Games' first game, Battlesloths 2025: The Great Pizza Wars. Thank Invisible Collective's creative director Phillip Johnson for that counterintuitive stroke of genius. Take control of your sloth and face off against others for the largest portion of pizza using guns, lasers, blades, and, of course, your wits. Now to sell the idea to the public that might not realize it needs aggro sloths in their lives.

Indie games are, for better or worse, often passion projects that lack any real marketing strategy. The Battlesloths team was not going to fall into the trap of having a quality product no one played. Even before Rooster Teeth expressed interest, they commissioned a rap song, a legit posse track. Need proof? A line from "Middle Claws Up": "Move so slow gather lichens and moss/ cock back and squeeze when I'm up against the final boss." Additionally, there's no denying that sloths are having their moment in the pop culture spotlight. It's a marketing team's dream, even if arming sloths to the teeth and encouraging them to kill with little prejudice isn't really on brand.

Enter Rooster Teeth, who know their fans well. Excited by the opportunity, Invisible Collective ironically quickened the pace on their sloth game so they'd have something impressive for RTX 2016. Even though the team was already in preliminary talks with Rooster Teeth Games, the Battlesloths crew went in with guns blazing. "We used that opportunity to show how good of a party game we had," Johnson says. The plan worked perfectly, and it wasn't long before they got an email officially offering to publish their game.

Invisible Collective hopes to make a similar splash at this year's RTX. After that, the question remains: How do you follow up such an off-the-wall concept? "I've got some other dumb ideas I'm kicking around," Johnson says. If the next game is as "dumb" as fighting sloths then we're in for a treat.

You can find Battlesloths 2025 on the RTX convention floor. Just look for the sloth signage.

A version of this article appeared in print on July 7, 2017 with the headline: Have Sloth, Will Battle