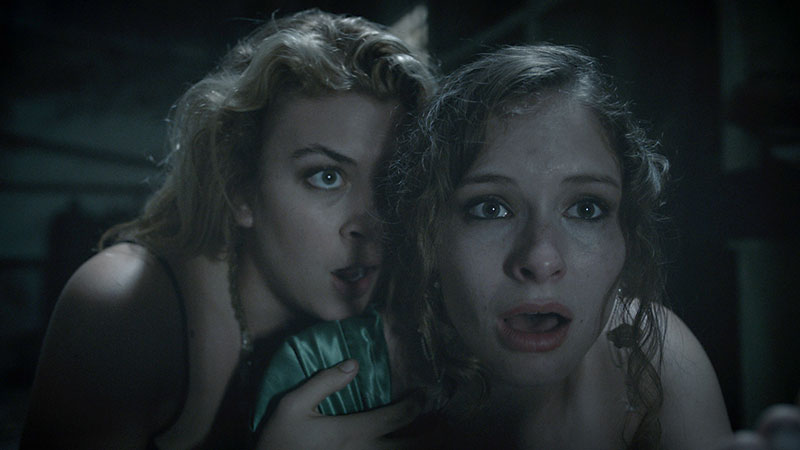 On a Yahoo! Answers message board some years ago, a user named Cletus posed this frantic concern: "Why do people make and watch horror movies? These seem to have no purpose except teach [sic] people to enjoy and create their own horrific crimes against other humans ... Can't we just stop the madness?"

Sadism, social anxiety, the adrenaline rush: No answer is perfectly correct or general enough to explain the widespread affection filmmakers feel for scary cinema. Nor does it address why audiences continue to see these movies, when the resultant sensations can include aggressive nausea and sleeplessness. But when a specific community of artists turns en masse to horror, it raises questions like the one Cletus posed about the personal motivations and creative impulses spurring those artists into action.

Such is the case with a growing contingent of Austin-based filmmakers who, after years of collectively specializing in unclassifiable and sometimes unmarketable passion projects, are mining the same territory made famous by The Texas Chain Saw Massacre more than 40 years ago. As Owen Egerton, the acclaimed multihyphenate whose 2015 directorial debut Follow is an early landmark of this resurgence, puts it: "Austin has always been a place of awesome tension, and we live within the tension. As a liberal city in a conservative state, that tension allows us to make stuff that resonates across the country."

Though dark genre and horror fantasists have never left the local scene (please, keep your corrections and exceptions to yourself), recent months have exposed an urgent rush to tap into the anxieties Egerton highlights.

As recently as this year's SXSW, Julia Halperin and Jason Cortlund's beautifully savage La Barracuda and Karen Skloss' psychotropic prom-gone-wrong flick The Honor Farm led this charge. Neither film adheres to a strict template of Tobe Hooper-like gore, offering instead modernist visions of a vicious – and quite particularly Texan – landscape. Both films are abundantly frightening, and stand together amongst this movement's most accomplished works.

While Egerton describes the new wave as part of Chain Saw's "pretty wonderful lineage," Karen Skloss, the director and co-writer (with Jay Tonne Jr. and Jasmine Skloss Harrison, the filmmaker's daughter) of The Honor Farm, appreciates the distance between her work and classic horror: "I am not a fan of super-horror or gore. I'm all for roller-coaster rides, thrills and spills and that kind of stuff, but I'm interested in making stuff that is more about humanity and less about spectacle."

The Honor Farm invites viewers into the mind of its female lead (Olivia Grace Applegate), applying an all-too-rare empathic, almost merciful gaze to her frightening adventures. Skloss says that making "a movie that comments on the times" was "very intentional," in part, as a way to connect with viewers like her daughter. Though she began developing the script years ago, she went on to say, "I wanted to make something that felt like it was for 'The Youth of Today,' something that they could use to try and process all the crazy stuff that is going on right now ....There are a lot of horrifying things happening in the world." (Amazon seems to agree and will be releasing the film online.)

Colleagues like Cortlund, Halperin, Egerton, and Don Swaynos have emerged as fellow genre experimentalists. Says Egerton, who also co-wrote the 2016 slasher The Axe Murders of Villisca (now on Netflix), "for a lot of indie filmmakers that I know, making horror is a blast ... because they're not in L.A., [they have] the freedom to let their freak flags fly." 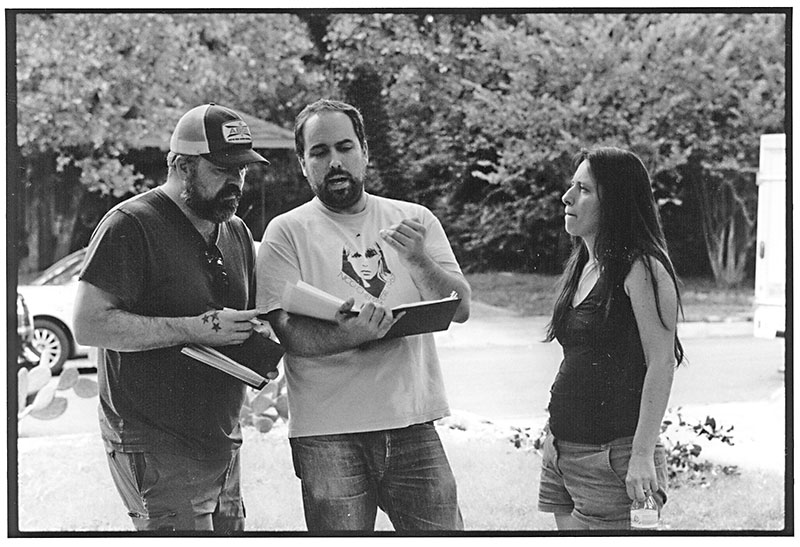 That observation proves true of Swaynos' uproarious short, "Don't Ever Change," which fuses brutalist murder with a scorching satire of celebrity worship. Swaynos, too, sees his work as a means of dealing with the times: "I certainly believe that making things that are angry, or cathartic – both of which horror movies can be – makes sense. People are angry, so I don't think it's wrong for people to tell their stories – as opposed to, you know, a comedy about some people in Brooklyn."

The impact these projects will have on the local artistic and financial atmospheres is anyone's guess, but groundbreaking work continues to surface. Egerton chortles at his own productivity, saying, "I'm scheduled to shoot two horror films by the end of the year, which makes me sound incredibly successful." Michael Tully's anticipated Don't Leave Home, newly picture-wrapped, is also sure to terrify and entice; and James Bryan's Jungle Trap will screen in Austin next month, 26 years after it first began production, thanks to recovery work by Bleeding Skull (and Swaynos). Pay attention: It may well be that the next horror classic is on the immediate horizon.

A version of this article appeared in print on June 30, 2017 with the headline: They Shoot at Night