A beacon of light on the dark side of the web 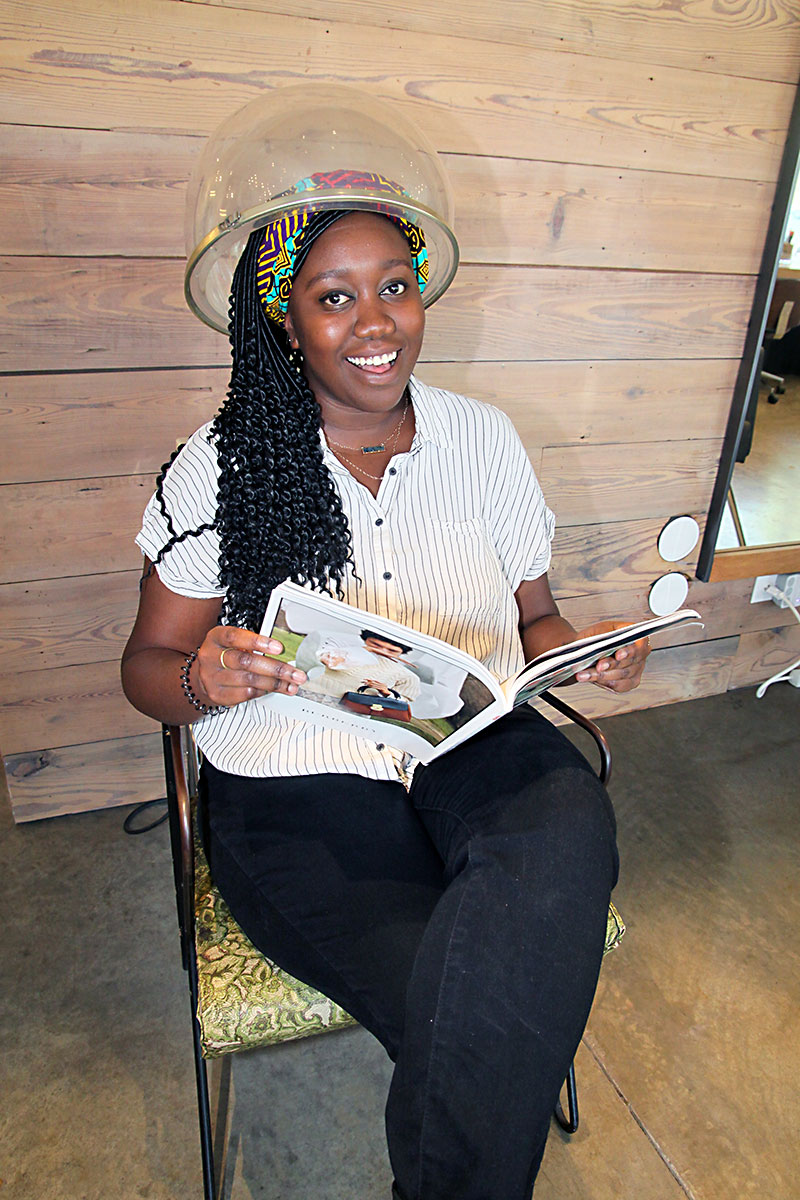 She'll tell you herself: Evelyn From the Internets is a raggedy kindred soul, a doting internet cousin, and a Magical Black Girl. Her YouTube channel, with over 8 million views and 100K subscribers, is right up there with Wellbutrin as far as mood boosters go. She'll teach you how to make hummus, discuss Black Twitter dragging, and share her Hot Cheeto hair dye fiasco. She doesn't cuss or showcase her bae; she's an advocate for natural hair and a master of spontaneous accents. Beyoncé played her video at a concert, and this accidental internet star chose Austin to be the city where she pays rent. Evelyn Ngugi is a beacon of (blue) light, tackling the dark side of the web with her downright therapeutic humor.

When Ngugi joined YouTube in 2008 or so, the internet was a different place. She signed up with an old AIM username and originally had no intention of posting videos, but as she started making friends through video responses, she found communities and folks she related to. As her relationships and audience grew, Ngugi began to settle in with a new role. She explains, "I think my comedy and storytelling allows people to heal through laughter. To feel validated in their struggles and their stories. Too often, marginalized people are tasked with solving problems they did not manufacture. I am not focused on eradicating hate by using my precious time and life to convince bigots of their bigotry. I choose instead to speak life into those who are down, so that they can stand up and continue," says Ngugi as she "steps off the Miss America soapbox."

To date, she's posted nearly 500 videos, each gathering hundreds of comments, and the Evelyn brand expands into all the other social media platforms, including nearly 23,000 Twitter followers and 82,000 Facebook followers. In April, Ngugi was chosen as one of the 27 YouTubers – one of five from the U.S. – in the Creators for Change program. Selected for their individual channels' messages on tough subjects like racism and xenophobia, and for their positive impact on diversity in media, each of the fellows has been given equipment and production grants to help develop new projects. Says Ngugi, "I'm surrounded by people I admire, and to finally have the resources to bring my ideas to life is a dream come true. The goal of the fellowship is to give emerging creators the resources necessary to produce dope content. I am so used to thinking, 'How can I cut costs and do things alone?' So I'm just trying to open up my mind again to all the possibilities."

The magic is in her unabashedly authentic online presence.

Masterminding video selfies isn't even close to all she does, either. Ngugi is a video producer for NaturallyCurly.com, a website and online store celebrating natural hair and all the curls. She also co-produces, with her friend Doyin Oyeniyi, a nonfiction web series titled Austin While Black. Ngugi says, "We both attended the University of Texas for journalism and realized that outside the realm of UT, we didn't really know much about the city and the larger community we belonged to. With Austin's rapid growth, population shifts, and housing inequalities, we decided to make a series that tries to answer the questions, 'Where are all the black folks in Austin?' and 'What is it like to be here?'" They've completed 10 episodes and are in the process of raising funds for a documentary.

Ngugi is also participating in the We Are film series, a narrative short film series that offers a glimpse into the lives of seven women of color who call Austin home. (Full disclosure: The Chronicle's digital media coordinator Tamar Price is a producer.) Ngugi explains, "I can't talk much about my character's episode, but the series is a reflection of all our stories in this city. Austin's marketing is A-plus, but when you get here, you quickly realize the things this city values with its money, politics, and infrastructure are not the same things that make it 'weird' or 'cool.' Artists do that. And artists are still struggling. We Are will shed light on a group of women who are too often passed up, but we're still here creating."

Despite all this, she says (in her "So You've Been Publicly Dragged by Black Twitter" video) she's not a "beacon of wokeness," but we'd beg to differ. Sure, she's got a whole bunch to say about Drake and chewing gum and bad pickup lines, but one of Ngugi's specialties is also broaching heavier subjects. It requires a special skill set to thoughtfully opine on the responsibilities of a public platform and wavering social justice warrior status with belly-laugh-inducing humor, and the magic is in her unabashedly authentic online presence. If the comments on her videos are any indication, she's a beloved superstar. She says her love for her "internet cousins" outweighs her "disdain for being on the internet sometimes." She adds, "I disconnect a lot. Going ghost is part of my 'brand,' you could say. I don't feel pressure from my internet cousins to be a content-creating machine as much as I feel a little pressure to be positive and happy and funny even when the world makes me feel the opposite."

"I think viewers expect YouTubers to be walking memes and have jokes on cue. A sista is just in the cut sometimes! Laying low and enjoying life. I am the self-proclaimed Bill Murray of YouTube. That's why my outro for every video is 'See you on the internet somewhere.' I make no promises on where or when, but I'll see you when I see you. Every once in a while, someone in public will look at me like, 'Oh, where do I know her from?' … and in my brain I just whisper, 'the internetsssssss ….'" (No one will ever believe you.)

Still, all the weight of raw self-exposure is worth it. Ngugi says, "I'm driven by the outrageous assumption that someone, somewhere in the world needs to hear my stories. That someone will benefit and finally feel seen or validated in their experiences because I dared to be myself."

A version of this article appeared in print on June 16, 2017 with the headline: Unapologetically Evelyn 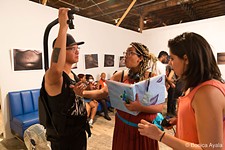