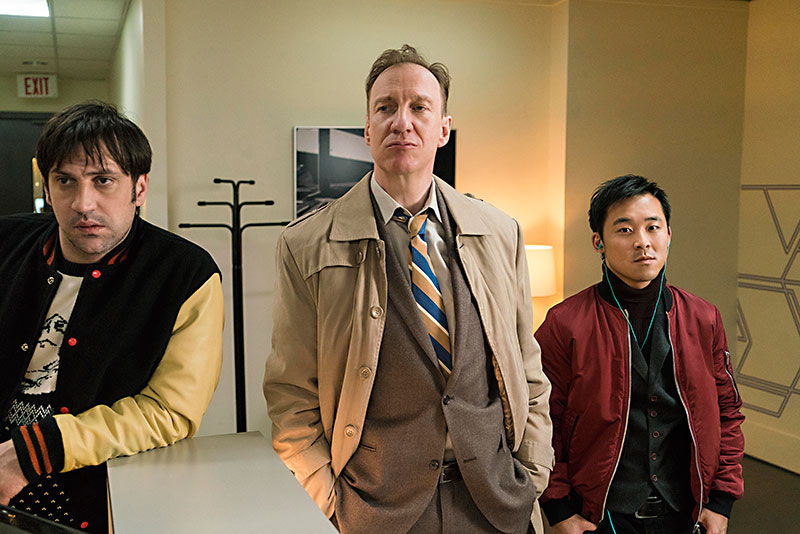 When the ATX Television Festival returns this weekend (starting tonight, Thu., June 8), fans, creators, stars, and industry folks descend on the town to talk turkey (get that script to someone who matters), reunite with old friends (Commander Adama and President Roslin), catch a look at upcoming series premieres (see "Quick Picks" for more), and say goodbye to beloved friends (kudos The Leftovers, you went out well). As FX's Fargo and Legion creator (and part-time Austin resident) Noah Hawley said, "This festival coincides with the elevated nature of television as a medium. Rather than, say, a fan convention, the fest becomes a place where artists can discuss their work and people can learn the craft. The communal experience of sitting with an audience and watching a show you haven't seen yet. It's hard to beat."

Hawley would know a thing or two about that "elevated nature," as he's been a witness to this current wave of sophisticated serialized TV. A writer and producer since 2005 (Bones), Hawley hit pay dirt when MGM, who had been trying to develop a TV version of the Coen brothers' 1996 hit Fargo, took him on board to work on the show. Three seasons in, it has become one of the most entertaining and beguiling dramas in a landscape of (lesser) entertaining and beguiling dramas. Small-town cops routinely face off against forces of violent nihilism, but the juxtaposition of the "You betcha!" Minnesota nice ethos and the bloody (and often completely avoidable) mayhem Hawley creates take that blueprint the Coens originated and sends it into the stratosphere. There have been strong antagonists every season (Billy Bob Thornton, Jean Smart, Bokeem Woodbine) but season 3 may have surpassed them all in the embodiment of the ruthless German expat V.M. Varga (David Thewlis), a gleefully malicious bulimic who may or may not be the head of a global criminal empire. With his villains, Hawley said, "It's really about a showdown coming between one way of living and another way of living. For me, the idea of a villain is only interesting if the villain is both a person and an idea." But is Varga's bulimia a scratch in the armor? "For a character who seems to be in control at all times, bulimia is an attempt to control your own body, while at the same time giving in to your baser nature, your hunger. But then one is chained to that hunger. It's definitely a flaw in his veneer."

That was the closest Hawley came to giving hints of any further plot points (the current season finale airs Wed., June 21), apart from coyly offering potential closure for Carrie Coon's Chief Gloria Burgle's consistent technological invisibility: "Part of it is that she's a woman, but she's very much out of step with the modern world. I can't say too much more than that." Coon is having a banner year, with the aforementioned The Leftovers, but really, it's the entire ensemble that has been superlatively in sync, with Ewan McGregor's dual turn as a pair of twin brothers in an epic struggle over a stamp that represents a lifelong sibling feud, Mary Elizabeth Winstead as the competitive bridge-playing brains, and A Serious Man's Michael Stuhlbarg as an unceasingly put-upon lawyer. And of course, there's Peter and the Wolf.

"I knew that I wanted to use it," said Hawley of the classic children's album that reorientates the viewer in the fourth episode, after a sojourn to Los Angeles. The tale of Peter, his animal friends, and that big bad wolf on French horns is a particularly deft move on a show that throughout its run has had some of the best-integrated music cues on television, to, as Hawley said, "make the music a part of the story. You're assigning musical cues to certain characters, and it's something we do anyway, we just don't call attention to it."

Whether the wolf gets Peter or vice versa, odds are that there will be a lot of blood on the Minnesota snow by season's end.

A version of this article appeared in print on June 9, 2017 with the headline: Are You Sitting Comfortably? 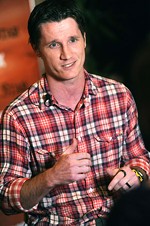