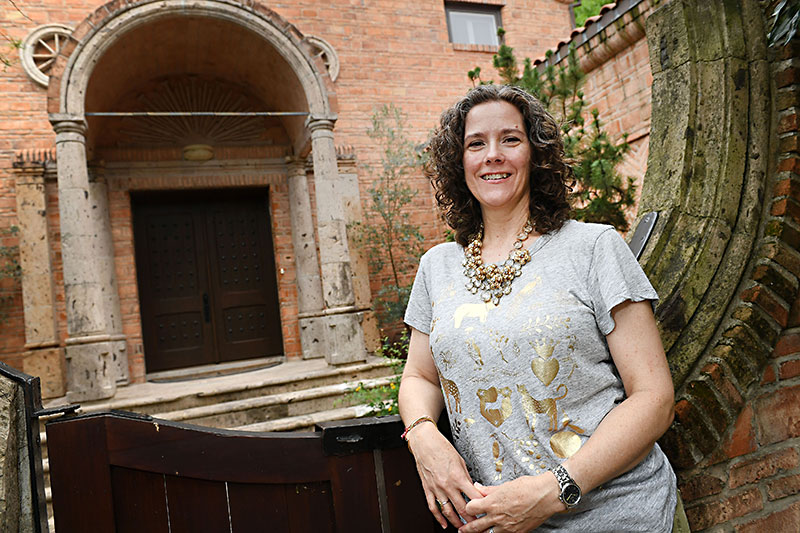 To those who fantasized that moving to Austin would be an entryway into its tight but legendarily supportive clique of filmmakers, the writer Alison Macor has become the go-to historian.

For her 2010 book, Chainsaws, Slackers, and Spy Kids: Thirty Years of Filmmaking in Austin, Texas, Macor interviewed virtually every industry luminary (Hooper, Linklater, Rodriguez) who lived or worked in the area. The complex web of collaborations she ultimately wove together, which won her the 2011 Peter C. Rollins Book Award, inscribed our mythic local culture into the annals of film history. No book before or since has crafted a better researched (or more dramatic) narrative around our regional cinema.

Macor's new book, Rewrite Man: The Life and Career of Screenwriter Warren Skaaren (out now from UT Press), takes a more individualized approach. Author and subject never met: It was only after learning about his premature death from bone cancer in 1990 that Macor came to understand that Skaaren, a screenwriter and script doctor, "must be a big deal."

In fact, it was during research for Chainsaws that Macor "discovered" Skaaren's expansive personal archive: a veritable goldmine of audio recordings, Hollywood memorabilia, and emotional, self-reflective journals. "I thought, 'What is this? This is fascinating.' Here is this muscular, macho stuff – clearly, Warren is a powerful guy – and then there are these diary entries where he's so vulnerable. To me, it was just so relatable."

In his 44 years, Macor explains, Skaaren experienced a meteoric rise, beginning as the first executive director of the Texas Film Commission in 1970, and culminating with lucrative script-doctoring work on several of the most successful films ever, including Top Gun, Beetlejuice, and Batman (the good one). He became confidant and collaborator to the likes of Tom Cruise, Michael Douglas, and Jack Nicholson. Yet despite these outrageous successes, Skaaren remains largely unknown, and his name unpronounceable: "He called himself 'Scare-en,' so that's what I'm going with," laughs Macor.

A former film critic for the Chronicle and the Austin American-Statesman, Macor has spent years portraying the city as a hub of mutualistic productivity. Skaaren seemed to put a human face to that ideal, divided as he was by powerful ambitions and an equally questing soul: "He was a guy that was doing what a lot of people wanted to do: making a living as a screenwriter while living here in Austin." His friend Bill Broyles, recalls Macor, considered him a "Wizard of Oz-type character," who "worked his ass off" and "prepared all the time" for bigger and better things.

While Rewrite Man is far from hagiography, it does fuse affectionate biographical anecdotes like Broyles' with archival research in an effort to combat Skaaren's somewhat egregious anonymity. Macor observes rather accurately that "script-doctoring, for the most part, is kept so hidden – people don't talk about it. I really wanted to shine a light on that, because in grad school and in film studies, it is still about the 'Great Directors.'"

To that end, Macor dives an extraordinary depth into the strenuous and often humiliating battles Skaaren fought for his work. Under her empathic aegis, Skaaren's legacy as an Austin filmmaking icon may yet regain some of the acknowledgment he was denied by an untimely passing.

More importantly for the historian, Rewrite Man seeks to throw a distinctive proverbial wrench into popular tales of Hollywood glitz and glamour. "Warren's work – and by extension his whole archive and what he had saved – gives you another window into these movies which are so familiar to us. It creates the story of that time. That's really what I wanted to write about."

Alison Macor will be speaking and signing her book, Rewrite Man: The Life and Career of Screenwriter Warren Skaaren, at BookPeople Sunday, June 4, 2pm. See www.bookpeople.com/event for more info.

A version of this article appeared in print on June 2, 2017 with the headline: Keeper of the Third Coast 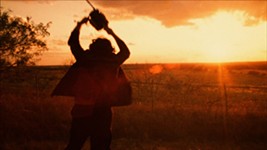 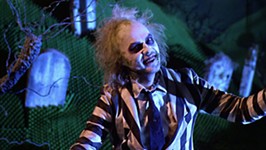 The Many Lives of an Incorporeal Icon
A new 'Beetlejuice' sequel may be in development, but Warren Skaaren already pondered 'Beetlejuice in Love' two decades ago