Shedding the stigma of the inevitable 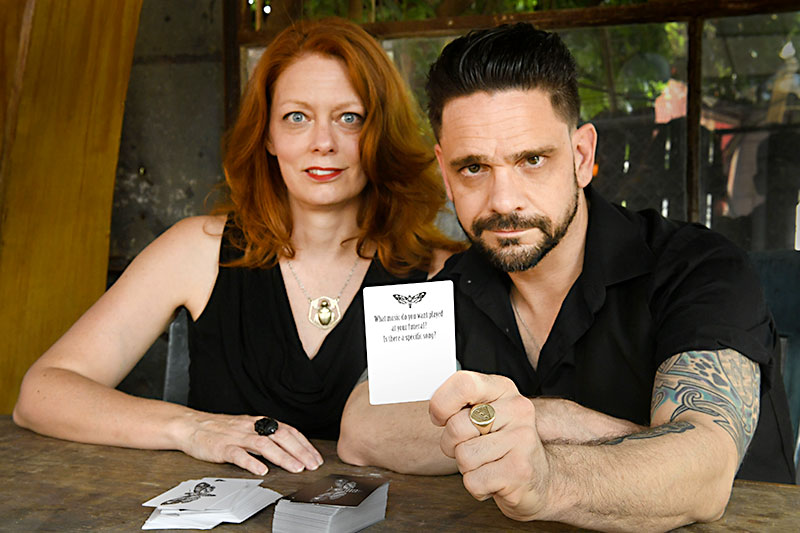 When Kimberley Mead was a young girl, she dreamed of having tea with the Addams Family. She never made it to 0001 Cemetery Lane, but as an adult, she managed the next best thing by creating Morbid Curiosity – a card game about death. She said, "This is what it would be like. We'd talk about death."

Inside a jet-black box, under an illustration of a death's-head hawkmoth, lies a 162-card set designed by Mead and her partner James Young. A mixture of questions, multiple choice, and conversation cards, they all concern the one thing even more inevitable than taxes. "Our game is not a typical gamer game," said Young, but the emphasis remains on having fun.

As a grief and trauma therapist, death is a constant presence in Mead's work. Yet as a young child, her parents kept her shielded from it. "There was a lot of gloom," she said, "but I was never allowed to go to any of my family's funerals. It's like they just closed a door and said, 'Keep walking.'"

Not so for Young, who described himself as "always the weird kid with the dark streak." Growing up in Houston in the Eighties, "There was a lot of death, and I was confronted by my own potential mortality." Moreover, he was a child actor, and then a musician, both of which he described as "high risk occupations. People die a lot." When it does happen, Young said, "There's a very steep learning curve, and that comes as a shock to a lot of people."

While death is a constant in Mead's professional life, for many of her clients, it is a strange visitor. "A lot of people say something like, 'If something bad happens to me.' Well, it will one day. 'If I die.' Well, you mean when you die. They look at you really startled when you do that." Moreover, people don't realize that there are practicalities and demands around death, "Like you don't realize how many death certificates you need to have, and you don't realize that you need to pull that sucker out for the gas company, for your bank, to prove the card should be transferred to your name."

Mead was talking with a co-worker one day, and they realized the differences between children and grownups. She said, "These kids would usually very quickly be able to say things like, 'So-and-so died,' and other kids would just look at them and they'd start talking and supporting each other. When it comes to adults, there's a lot more quietness, there's a lot more taboos about it; they're really scared they're going to get overwhelmed immediately."

She quickly realized that the problem was that the only times people talked about death are at the funeral or with a therapist. That's when the idea of Morbid Curiosity flowered. Not as a therapy game, or a how-to guide to dealing with loss, but as a fun way to shake the stigma and taboo of talking about the inevitable. Mead said, "I started researching, and then talking out loud, and then James was dragged into sitting beside me, and reading stuff, too."

Just as their very different approaches to mortality complemented each other, so did their varying talents – her professional interest, and his mind for trivia and history. Mead would sometimes send Young down darker research rabbit holes, including the morbid end of internet video. "He'd go to the bad ones for me. 'No, that one's fine, honey.'"

The information they found was rich as crushed black velvet, and deep as the River Styx, from names of ancient underworld deities, to death industry licensing practices, to how the body decays, and even funeral monuments on the moon. The steeper learning curve was in how to turn that information into a game. The first version of the game was a job interview to be the new Grim Reaper, but that seemed too competitive. A board game was floated, but that would be costly for a first-time product. After settling on the card format, Young said, "It became a party game pretty quickly. Not in a sense of Spin the Bottle, but it lends itself to conversation."

Indeed, the topic, rather than killing the party, actually bonds the room together. Mead said, "The second you start talking about death, everyone becomes a good friend."

After a successful Kickstarter campaign, and a full release, there are already plans for expansion decks. Yet what matters to Mead and Young is that players have started talking about death. Mead said, "That means we've succeeded. If there's laughter, and you forget that there's a game." One note, she added: As with all the best party games, cater it like you would a wake. "There's something about talking about death that you want food present."

Morbid Curiosity is available at www.morbidcuriositygame.com. $25.

A version of this article appeared in print on May 12, 2017 with the headline: Drawing the Death Card 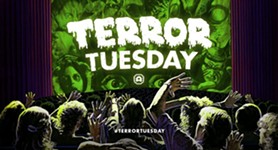