Exploring the Charm of the Hill Country Film Festival 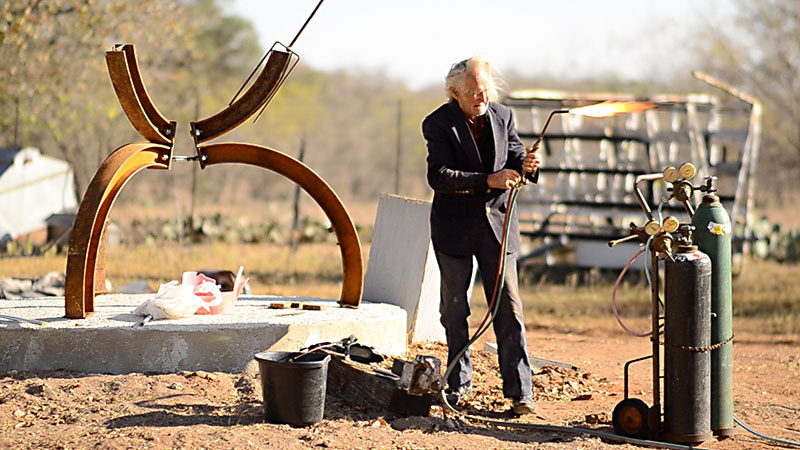 A Force in Nature: Jóhann Eyfells

It's hard to compete with the major film festivals of Texas, but the Hill Country Film Festival promises moviegoers a different kind of experience than SXSW or the Dallas International, one where the audience is not only immersed in the character-driven narratives of the showcase but in the rustic setting of small town Texas.

Now in its eighth year, the "destination" festival kicks off in Fredericksburg on Thursday, April 27, running a total of 17 features and a host of short films throughout the weekend. Executive Director Chad Mathews told the Chronicle that Fredericksburg, which boasts a thriving downtown district and flourishing wine industry, offers a charming spot for independent filmmakers and connoisseurs to congregate. The town's assets underscore the festival itinerary, not limited to a party held at the National Museum of the Pacific War and a panel discussion overlooking the scenic Pedernales River Valley.

"I think our smaller towns are hungry for this stuff," Mathews said. "Having a film festival in every city in Texas would be great for each of those communities."

At this year's festival, documentaries top the schedule, and one of them happens to be a local production. A Force in Nature: Jóhann Eyfells profiles a 93-year-old Icelandic sculpture artist who lives and works just outside of Fredericksburg. Producer Hayden Yates, who has known Eyfells for close to 11 years, and has been working on the film since 2010, said that he's excited to debut the final product in the town where it was conceived. Eyfells, who operates in the medium of nonrepresentational art, erecting bizarre metal installations near his home, can be hard to understand for those who do not know his history, Yates said, but he hopes that his biopic will encourage a curiosity about outsider art in general. "It's not a promotional film by any means," he said. "It's really a film that touches on a lot of different issues, like aging in America and what it means to be an artist in America, especially in a climate where we have a presidential administration that is trying to defund the NEA."

Mathews said that it usually works out that about a quarter of the accepted submissions to the fest come from Texas filmmakers and the rest from outside the state. "It's a happy coincidence that we get to screen really good films that happened to be produced in Texas," he said, "but at the same time our audiences want to explore other stories." Non-Texas features include What Children Do, a dramedy about two alienated sisters forced to make amends as they work together to take care of their dying grandmother; Almost Paris, a film about a banker who has to rebuild his life back home after losing it all during the 2008 mortgage crisis; and Victor, a true story about a Puerto Rican immigrant who has to navigate the harrowing urban landscape of 1962 Brooklyn to survive.

At a time when the state Legislature is actively defunding the Texas Movie Industry Incentive Program, Mathews said it is partly the responsibility of smaller festivals like HCFF to keep independent films relevant. "We're always force-fed what Hollywood wants us to see," he said. "For me as a consumer, I want something else, and that's why I look to festivals."

The Hill Country Film Festival runs Thu., April 27, through Sun., April 30, in Fredericksburg. Badges ($200), passes ($90), individual tickets ($10), and the full schedule can be found at www.hillcountryff.com.

A version of this article appeared in print on April 28, 2017 with the headline: Small Town Texas, Big Movie Experience