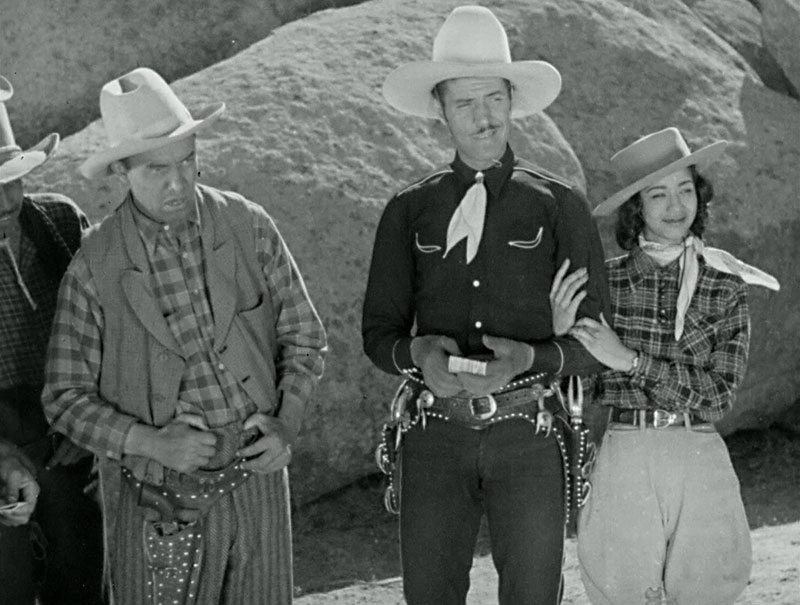 On the next two Sundays, the Austin Film Society will screen pivotal selections from Pioneers of African-American Cinema, a war chest of seminal "race" films by early black filmmakers, recently released on Netflix. Released in July 2016 by Kino Lorber, the comprehensive box set contains hours of rare shorts and feature-length films, stretching from the 1910s through the 1940s.

Among the numerous gems, The Bronze Buckaroo ranks as a standout, less for its inherent quality than for being one of the first films with black actors cast as overtly positive hero archetypes – which contrasts the typical cinematic castration of black men, and degradation of black women.

"If there had been a black character in a Gene Autry Western, or a Republic Pictures Western, he would have been comic relief," says Lars Nilsen, programmer for the Austin Film Society. "He would have been, let's face it, a scared porter, who would have heard a cat walking through the room, and would have jumped, and have to be 'rescued.'"

Interestingly, the blue-eyed Herb Jeffries, star of the film, passed for black for the majority of his life and career, even darkening his skin with makeup to perform in film and jazz outfits. He'd later, however, elect to identify as white for economic purposes, including during his marriage to white burlesque star and actress Tempest Storm.

Another entry, presumed lost until a single print was discovered in 1993 in Madrid, within the archives of the Spanish government's cultural conservation institution Filmoteca Española, is pioneering auteur Oscar Micheaux's Within Our Gates. The film tells the story of Sylvia Landry, played by groundbreaking actor and Micheaux's longtime muse Evelyn Preer, who attempts to raise funding for an elementary school serving disadvantaged black youth in the Deep South. Preer portrays Landry as a black woman with self-perpetuating agency.

Micheaux's then-highly controversial opus requires even closer introspection, including eye-opening observations of racial identities and white supremacy, mixed-race relational outcomes of the period, peonage, black romance and masculinity, and wanton racial violence via lynching and rape. Yet even with the landmark achievements and literate provocations, arguably the most essential scenes belong to a supporting actor, a preacher named Old Ned, portrayed by an unknown player. Micheaux boldly deconstructs an oft-neglected vestige of overt white supremacy through the role of Christianity as a savior mechanism of black souls, and subsequently, the "black church" as individual entity. Old Ned finds himself roundly humiliated, trying to gather funds for his church, pacifying the bigots' egos: "Yes'm. White folks is mighty fine." After leaving, Ned shows nuance in his self-loathing: "Again, I've sold my birthright. All for a miserable mess of pottage. Negroes and Whites – all are equal. As for me, miserable sinner, hell is my destiny."

Judging by the kitchen sink approach, Micheaux – who likely would've recognized 2017 as a somewhat more tenable version of his own time – masterfully puts everything in the moment in front of you, especially if it includes a supremacy-puncturing stake.

Selections from Pioneers of African-American Cinema will screen Sun., Feb. 19, and Sun., Feb. 26, 4pm, at the Texas Spirit Theater in the Bullock Texas History Museum. For more info and to buy tickets, see www.austinfilm.org.