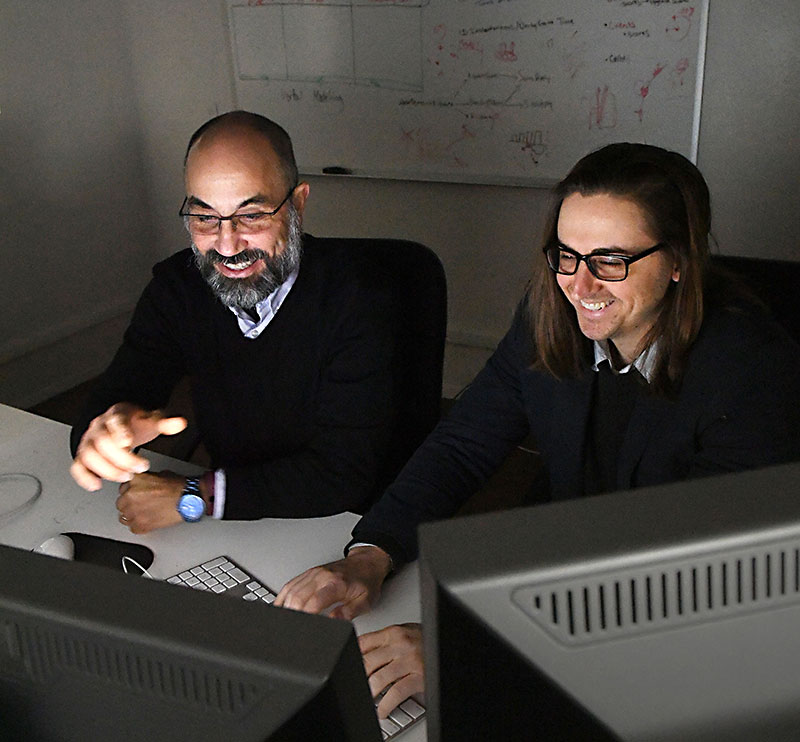 Video games have changed the way we play, but they also have the potential to change the way we research and solve problems, in fields such as health care and education. One game that's made waves in medical research is Sea Hero Quest. This smartphone game has created a groundbreaking approach to data collection, leading to an earlier diagnosis of dementia. So far, 2.5 million people have played the game, providing scientists with years' worth of data across borders and demographics.

"The idea of crowdsourced data-gathering games for research is a new and exciting method of obtaining data that would be prohibitively expensive otherwise," says Paul Toprac, who along with his colleague Matt O'Hair, run the Simulation and Game Applications (SAGA) Lab at University of Texas Austin. Their team helps researchers across campus and in the private sector design, implement, and find funding for video game-based research.

O'Hair sees a lot of potential for Sea Hero Quest and other research-based games. "One of the greatest parts about the SAGA Lab is that we get to help researchers make strides in these kinds of fields," he says.

The idea of using crowdsourcing for data collection is relatively new, but using gaming for research is something that has been well established. Last year at SXSW, Nolan Bushnell, the founder of Atari, made a statement that video games were the key to understanding and treating dementia and related issues, which certainly seems possible based on the preliminary results from Sea Hero Quest. "We have had about 35 years of research using games as a medium," Toprac says. "However, only recently have we used games as a tool for explicit data gathering."

As both a tech hub and home to UT, Austin is well positioned to be at the intersection of research and game development. The SAGA Lab pivoted from a teaching and learning center, where educational games were created, to its current form as the demand for multimedia and technology-based research increased. More and more simulations and games with specific research applications are being developed at the university, as well as across the country.

The SAGA Lab is now entirely grant-funded from various research projects. Toprac, O'Hair, and their team partner with faculty and businesses on research projects that require multimedia or software. By including the SAGA Lab in the grant writing process, they are able to hire teams and make the technology to investigate the hypotheses that the research team defines.

The lab creates the games while the researcher becomes a subject matter expert. They often collect data through the game software and pair it with other information collected outside the game, such as demographics and surveys. To build a game or simulation, they primarily use the Unity 3D Game Engine, which is an industry standard in video game development for a variety of platforms. They also use the C# programming language and web technology to create other kinds of media for research teams. Iterations and updates are common. "As with most software, the product is never really done," Toprac explains. "There is always room for improvement."

The team assists with conception, proposing, and development of projects, and also seeks out funding. One of the departments partnering with SAGA Lab is the School of Nursing. As part of the Transdisciplinary Collaborative Research in Self-Management Science program, they are developing ways to advance patient care through technology. This includes educating people with heart failure, diabetes, or high blood pressure.

"Games are great at motivation and inspiring people to succeed," explains O'Hair. "We're figuring out ways to integrate games and self-management so that patients develop an intrinsic desire to learn about their condition and live healthier lives." Applications like this have the potential to be an intersection of education, treatment, and direct assistance for many patients. O'Hair continues, "The games can also track player performance and then send automated notifications to health workers if or when certain patients need human assistance."

Another groundbreaking project housed at the SAGA Lab is Environ. Funded by an internal UT grant, Environ is a high-end simulation game dealing with issues of environmental and economic sustainability. Environ exposes students to the topic of sustainability and prompts classroom discussions around the game-based experiences.

The game has become the basis for future projects by repurposing its basic platform to create other simulation-based research games that will have applications in a variety of disciplines. "We have just begun to explore the possibilities and opportunities it provides us for the classroom and research," says Toprac. "I have shown Environ to sustainability experts, game professionals, and students, and they have been almost unanimously impressed."

New technology continually opens up new possibilities for research. Big game changers, like VR, will bring new opportunities to create rich research projects and capture different data than before. "We believe that there is a big opportunity for VR in games for health," says Toprac. "We hope to be doing a lot of VR work with the Dell Medical School, as well as Dell Children's Medical Center of Central Texas, in the future."

SAGA has not yet been called upon to create a crowdsourced data-gathering game, but are excited about the possibilities of games like Sea Hero Quest: "We have explored the idea of creating a crowdsourced identification of library archives game." Toprac explains that when thinking of a new project, the real challenge is making a game entertaining as well as useful: "The game has to be fun. Making a good game is expensive. Researchers will need to do a cost-benefit analysis to determine which ones are the best fit."

As the SAGA Lab and other game developers team up with researchers to learn how to implement these new technologies, research could be radically altered and discoveries possible that have never been achievable before. In the era of big data, games could be the key to unlocking mysteries in almost every area of life.

"I think it's time for society to deeply explore this medium's place in potentially every field," says O'Hair. "I can't think of a field that couldn't be improved by more motivation, active and adaptive learning environments, timely feedback, and clear routes to achieving goals, all of which can be provided by video games."

A version of this article appeared in print on January 13, 2017 with the headline: Saving the World, One Video Game at a Time

Tabletop Games for the Holidays
Whether you’re a neophyte or a gaming guru, we’ve got you covered