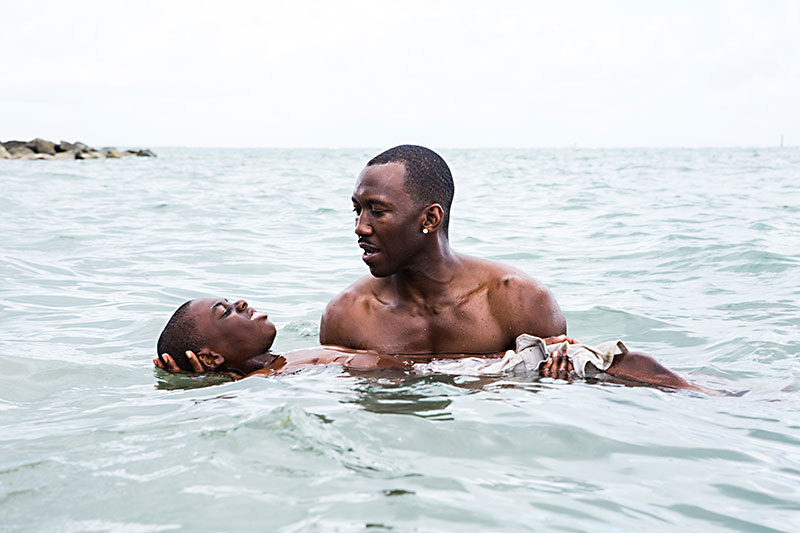 This cinematic triptych about an African-American male struggling to find his identity is the movie we've been waiting for so long.

2) Manchester by the Sea

A swoony musical about dreamers in the City of Stars, it's the movie One From the Heart aspired to be.

This contemporary Western about two brothers robbing banks in West Texas is a well-crafted buddy movie for these hard times.

The horror genre is savagely alive in this standoff between a punk band and neo-Nazis in a remote Oregon roadhouse.

From the first gunshot, your heart races throughout this brilliantly constructed documentary about the darkest day in Austin's history.

Twisty and twisted, this Thirties-era Korean film about an elaborate scheme to steal an heiress' fortune defies every expectation. The comic-book movie gets the middle finger in this entertainingly profane, blood-soaked, bone-crunching, dark comedy.

An Irish valentine to the Eighties music video, this sweet coming-of-age tale danced like a girl named Rio.

Who ever imagined a movie about a woman reading a book could be such a mindfuck? Tom Ford has arrived.

The Girl on the Train, Nerve, Viva

Once upon a time, Ryan Reynolds donned a tight-fitting emerald bodysuit and eye mask to play a superhero. The result – in a word – sucked. The ridiculously viridescent 2011 debacle Green Lantern earned scathing reviews and significantly underperformed at the box office (its estimated production budget: $200 million), calling into serious question whether the otherwise affable Reynolds could ever carry a big Hollywood movie. So what does the actor do five years later? He brushes himself off, puts on another latex outfit (a red and black one, this time), and conceals his handsome mug in horribly disfiguring makeup to play a second superhero (of sorts) in the hyperviolent, comically profane Deadpool, the antithesis of the pompously self-important comic-book movie. Cracking wise in a nonstop patter that pokes fun at both the genre and himself, Reynolds demonstrates he has the chops to make a smart movie even smarter, all through the sheer will of his personality. With a lesser talent in the lead role, Deadpool would be a self-indulgent bore (remember Bruce Willis in Hudson Hawk?), but Reynolds gives it a face that even a mother could love.

Isabelle Huppert's enigmatic expression is the real mystery in Paul Verhoeven's elegant yet lurid psychosexual thriller Elle. She wears it like a mask to disguise the emotions that lie beneath the sphinxlike gaze of chic Parisienne Michèle Leblanc. The film begins savagely: A muscular masked intruder bursts into Michèle's posh townhouse and rapes her in broad daylight. Always the provocateur, Verhoeven stages the sexual assault at full volume; you can almost hear his protagonist's body bruise as her attacker mercilessly executes his heinous act. After the attack, a stoic Michèle reacts almost matter-of-factly, refusing to report the crime to the police, but nevertheless prepares to defend herself against the assailant whom she thinks (hopes?) may return. Later in the film, when she admonishes the mostly all-male (and much younger) employees at the video game company she owns for failing to incorporate a requisite level of sexual violence in the firm's latest offering, her reaction (or lack thereof) to the earlier rape becomes all the more disturbing. Verhoeven plays an extremely dangerous game here, but a fearless Huppert walks the tightrope he's strung with an exquisite balance. You can't imagine this film without her in the eye of its storm. She is Elle.

Veep: American politics as a circus sideshow, with a narcissist as its inept ringmaster. Ahem. The best damn show on television.

Nine Lives: Paws down, the year's cat-astrophe. Not even that adorable dangling poster kitty can undo the damage inflicted upon felines everywhere by this awful film.