Producers on creating a city of stars 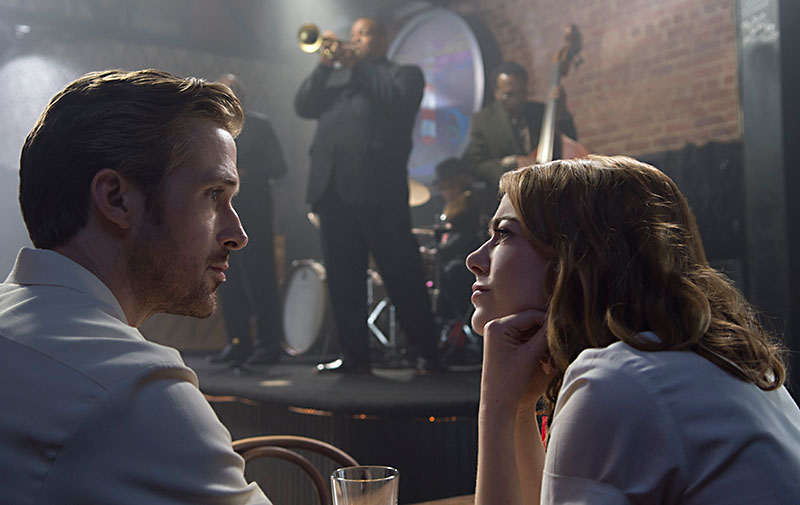 La La Land is a movie that, on paper, should never exist. Even with A-listers like Ryan Gosling and Emma Stone songbirdin' and hoofin' through the Hollywood Hills at the behest of Whiplash writer/director Damien Chazelle, it's a challenge to get a musical made in 2016, never mind released. "We're still working on it," laughed producer Fred Berger.

Berger and fellow producer Jordan Horowitz met Chazelle in 2010, well before the 2013 "Whiplash" proof-of-concept short for his Oscar-nominated feature. His boy-meets-girl story of a daydreaming jazz musician (Gosling) and a struggling actress (Stone) trying to make it in a Technicolor City of Angels had heart, but it was also a vibrant homage to the golden age of Hollywood musicals like Singin' in the Rain, and the films it influenced, such as The Umbrellas of Cherbourg and Pulp Fiction. Horowitz described his pitch as "ambitious, and it had a lot of joy, and was without cynicism. Fred and I, as young producers, felt like there was a real opportunity to do something, if we pulled it off, that felt fresh and new and original."

It's not like there is no musical entertainment on the screen. Berger said, "Once in a while, you do see Broadway retreads like Mamma Mia! and Chicago, or jukebox musicals à la Pitch Perfect, and both sets of them have been quite successful. Then on TV, if you look at American Idol or Dancing With the Stars, there's certainly an appetite for music and image, and the athleticism that dance and singing bring. But original musicals are not a rare breed. They're nonexistent."

However, what Chazelle was pitching was not just one of those nonexistent original musicals, but a full-blown 35mm CinemaScope love letter to Hollywood. It was so crazy, Horowitz said, that "the knowledge that we would never make the movie liberated us to fantasize about the biggest, most epic version of an original musical."

That included their aspirational dream casting of Gosling and Stone. Berger said, "If you'd seen our rip reel, our collection of other film clips, it was all Ryan and Emma six years ago, before we ever thought we had a chance of working with them on this film."

The success of Whiplash didn't mean they were able to make La La Land. It just meant they were able to make the lush and epic version they envisioned. Berger said, "Whiplash is almost as ridiculous a concept if you are trying to make any money. A jazz drummer thriller? They'll laugh you out of the room. But just the sheer visceral impact of that filmmaking showed that Damien could take on the audacity of this project."

Berger and Horowitz described their jobs as producers very simply: making sure Chazelle could stay faithful to that original vision. Berger said, "We started a tradition of, every week, four to eight hours in coffee shops, fleshing out what L.A. meant to us as three East Coasters who had moved there and learned to love it over time, [and] how rejection in our own lives informed Emma's and Ryan's characters."

While producers are historically painted as behind-the-scenes money men, Horowitz compared their roles here as closer to that of music producers: "That level of creative involvement, and that closeness to an artist, and pushing that artist to do their best work, and sometimes pushing against that artist in order to create some of that tension so that better work grows out of it."

That didn't come from any attempt to control their director, but more because Chazelle was open to "a family of input," said Berger. "The great thing about Damien is that he's the most confident and assured director we've had the luck of working with, but that confidence extends to extreme collaborativeness, and openness to ideas from every corner. That extended to our lyricists and our music producers and our composers and our assistant directors."

That joyous collaboration led to their original dream leads jumping in with both tap-shoe-clad feet. Fresh off her Broadway run in Cabaret and her Oscar-nominated performance in Birdman, Stone got to know Chazelle on the award circuit, and she was eager for another opportunity (after 2011's Crazy, Stupid, Love. and 2013's Gangster Squad) to work with Gosling. Their easy, sparkling energy is so reminiscent of the classic silver-screen pairings that Berger half-joked that, if anyone ever revamped The Thin Man series, they'd be the perfect modern Nick and Nora. "The giant stroke of luck was Ryan and Emma coming on. If you feel any emotion or any magic or chemistry, it's because of the unique beating heart they represented."

Of course, this being a classic Hollywood romance, some hearts are made for breaking. Berger said, "Sometimes we're surprised by how people come out from this, so happy and joyful and feel-good, and I'm like, 'Did you stay to the end?'"

"I think the tears in La La Land are cathartic," said Horowitz. "It's mature and sophisticated and complex and bittersweet, but it's not pure sadness. There's a lot of joy under that."

A version of this article appeared in print on December 16, 2016 with the headline: Creating a City of Stars 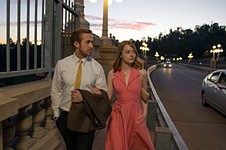