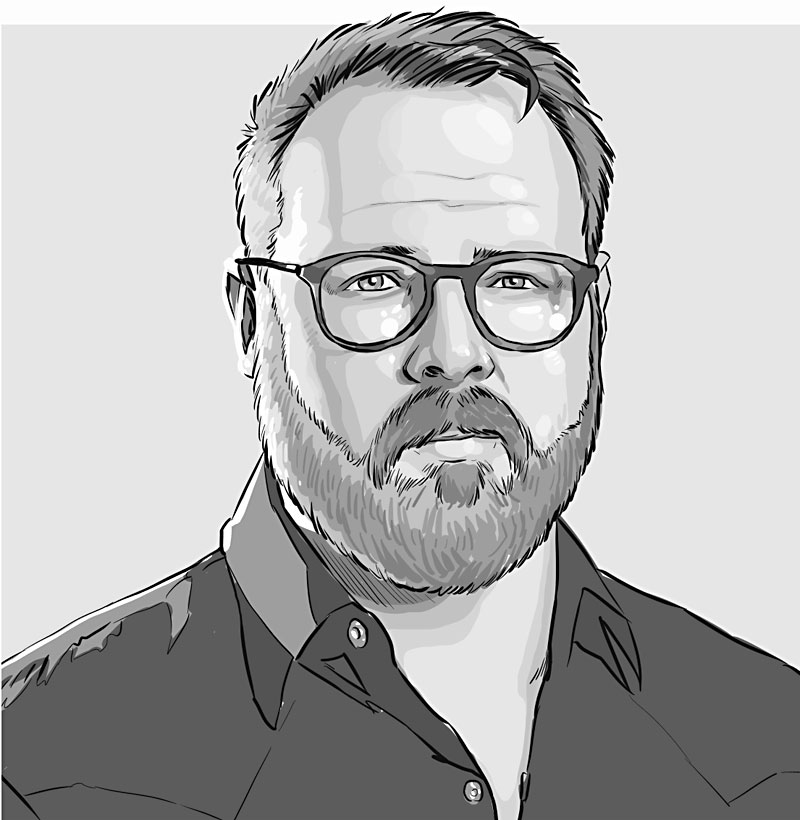 A story is a scar. Sometimes you never tell it, hoping it will fade away with time. And sometimes it must be shared and shown to truly heal. For decades, the 1966 UT Tower Shooting was a tragedy that Aus­tin kept to itself. Now Keith Maitland's documentary Tower is retelling that impossible heartbreak before an international audience.

It's a far remove for UT to Maitland's recent temporary home: a boat in New York City's Chelsea Piers. "It sounds more posh than it really is," said the Austin filmmaker. It's not like he's gone Hollywood: He was there for Tower's official theatrical premiere, and the boat actually belongs to a nonprofit with which he works. It was a donation from a rich philanthropist, and the group is currently trying to sell it, "But in the meantime, they use it as a guest house for out-of-town friends."

It's just the latest stop on the whirlwind press and festival tour for his breakout documentary success. Maitland rattled through his recent itinerary: "San Francisco; L.A.; Boston; Woodstock, New York; New York City; London; back to New York City, and tomorrow I go back to L.A., then I go home, then Savannah, Georgia."

Not bad for a film that potential producers told him was a local story. Maitland said, "Four years ago, when I first pitched it to producers, they'd tell me, 'Who's going to care about this outside of Texas?' Then when we did really well at SXSW, a handful of people said, 'Well, of course it's going to do well at SXSW, it's a regional story.'" Since then, it's played festivals from New Zealand to Iran, "and those questions of 'Who's gonna care outside of Texas?' Well, they've been answered pretty well."

It's not just a film finding a broader audience; it's true crime as never seen before. Maitland's documentary combines archival footage with contemporary interviews, and a radical new twist on re-enactments, with that terrible day caught in rotoscoped animation, with artists drawing over live-action scenes.

The story of the shooting is a dark part of Texas lore. On Aug. 1, 1966, former U.S. Marine Charles Whitman killed his wife and mother, drove to the UT-Austin campus, climbed the tower in the central Main Building, and murdered 13 people, mainly by sniping from the observation deck under the clock. Like most Austinites, Maitland grew up with the story, but it was a 2006 article in Texas Monthly – "96 Minutes," by Pamela Colloff – that crystallized the story for him. "Pam put a face – or a bunch of faces – to the story," he said.

The original article was an oral history, which to Maitland read like a script. More­over, since he lives two miles from the UT campus, he could readily visualize the events. "You read these people's reports: 'I started in the students' union, and then I ran across the West Mall; I ended up in the English building.' These are places I knew intimately, and I just wanted to capture that."

Yet there was an immediate problem: Mait­land knew the UT administration would be unlikely to allow re-enactments on campus, and he didn't want to use a fill-in location that would lack the iconic immediacy of the Forty Acres. So he turned to the visual technique he adopted for his debut documentary, 2009's Emmy-nominated The Eyes of Me. It was another distinctly Austin story – a year in the life of four students at the Texas School for the Blind and Visually Impaired – building on a distinctly Austin cinematic style – a fluid, computer assisted rotoscoping similar to the style of Richard Link­later's A Scanner Darkly and Waking Life.

For that film, Maitland said, "We used animation to show how changes in perception occur for these teenagers," he said. Initially, he thought he'd just use the technique for Tower's re-enactment sequences, but over time, it became the driving visual motif. "The goal is that, three or four days after seeing the film, people wouldn't remember whether specific moments were animated or from archival footage."

While Maitland cheerfully points to the Linklater connection (he interned for the Oscar-nominated director, while Tower animation director Craig Staggs and much of his team worked on Scanner), for the narrative approach he looked to Robert Altman. "He's known for this large ensemble storytelling, and that really allows you to shift perspective and voice, and contrast to each other." 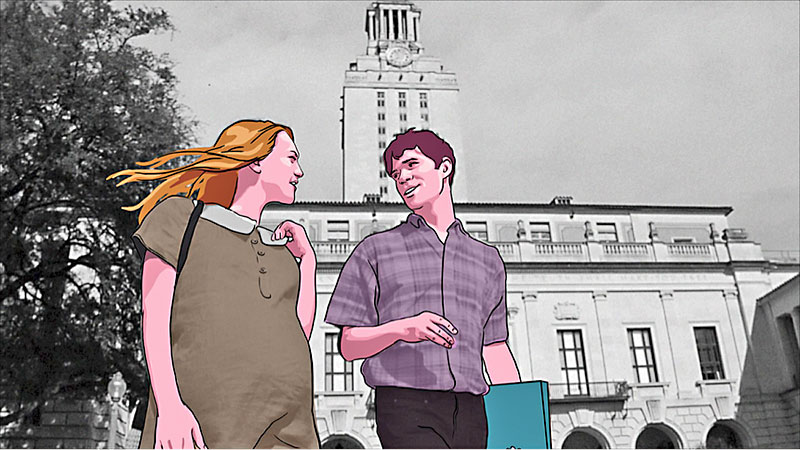 That was vital for Tower. After all, this isn't Whitman's story. On the day, he was an unknown factor, an external force raining down bullets with no seeming rhyme or reason. Instead, it's the shared story of those ordinary people in an extraordinary situation: students running to class; kids cycling along the Drag, delivering papers; the reporter in the radio car; the UT Co-op worker, hunting for a pay phone to call his wife; the APD officers expecting a quiet patrol; and the pregnant student, lying on the South Mall, shot through the gut, with her boyfriend's body lying next to her.

There were so many stories Maitland could tell. There were 15 people murdered, 31 injured, and literally hundreds on hand that day. But just as Colloff's article guided him to the story, it also gave him the focus, the individual viewpoints on that larger story. It started with Claire Wilson James (portrayed in the animated re-creations by Violett Beane), who lost both her fiancé and her unborn child to Whitman's madness. "She was the first person shot from the tower, she was out in the center of it all, she was a focal point for so many of the eyewitnesses, and her story is so emotionally heartrending."

In fact, it was while reading one key moment in Colloff's article that Maitland knew he had to tell her story: It was when future Women & Their Work co-founder Rita Starpattern (played by Josephine McAdam) risked Whitman's trigger to comfort James on the Mall's scorching ground. He said, "It was obvious, this is a story that needs to be told. It's as brave, if not more brave, and certainly more human than any Texas story of heroics I have ever heard, from the Alamo to the Texas Rangers."

However, just because he had found James' story, that didn't mean she wanted to be part of his film. Fortunately, he said, "She said to me, within the first three minutes of talking to me, 'I'm so glad you called. I have wanted to talk to people about that day and what it's meant to me for years and years, and I just never felt I had anyone to talk to.'"

Maitland still had to fill out the rest of the ensemble. Luckily, like James, many witnesses came to share their stories. He said, "They overwhelmingly embraced the opportunity for what it could be, which is a cathartic experience."

Before he started any interviews, Maitland spent six months just researching the day's events. Next he talked to around 40 eyewitnesses and survivors, then conducted more in-depth interviews with 12 people, before boiling that down to focus on eight central characters. "Each interview was at least two hours long, and in the case of Claire that was three two-hour interviews." He then transcribed each session, and started the arduous process of editing them together into a holistic narrative.

As a documentarian who collates and compiles footage to form his story, developing a written script was a new experience for him but, he said, "It seemed like the smartest, fastest way, especially since so much of what we were going to do was animated."

However, even when the film was complete, it wasn't absolutely finished. When Tower debuted at SXSW this year, audiences saw a 96-minute version of the story. What opened last week in New York and will premiere in Austin this weekend is a more slimline 82. Since he'd only completed the film five days before its March premiere, "The very first time I saw the film, my hands were dirty from editing and polishing. It became really apparent almost immediately to me that I had been indulgent in following the paths that I had been interested in, and that I was answering questions that didn't need to be answered."

Those 14 minutes were cut from the last 25 minutes, mostly in self-contained scenes dealing with the contemporary impact of the shooting, and the connection to the campus carry debate. He credited producer Megan Gilbride for helping refocus on the actual event: "She rightfully said to me, 'The more evergreen it is, the more people will watch it, whether they come to it now or three years from now.'"

However, that material hasn't disappeared. Maitland and his team are working on a companion website to the film, launching early next year, which will host additional material like that excised footage. It also expands the oral history, with an additional 200 people present on the day interviewed so far, "and we continue to collect stories," said Maitland.

Now those stories are not only being received beyond Austin, but coming back here, too. At a screening in Boston, in the audience was a woman whose mother was a survivor of the shooting, and she started talking with another viewer who was an expert on the intergenerational impact of trauma. For Maitland, even with award season buzz, that's the greatest possible validation of his documentary. "We always said that we made the film to start a conversation, and when that happens right in front of your eyes, it's an incredible feeling."

A version of this article appeared in print on October 21, 2016 with the headline: Drawn Together 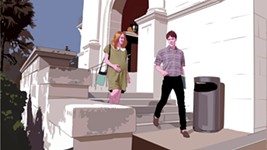