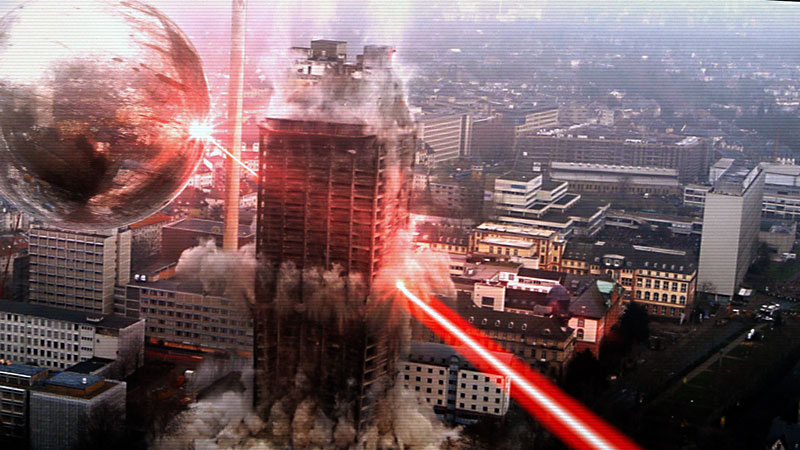 Every story has a beginning and an end, and Don Coscarelli thought he had completed his Phantasm saga last century. Yet, 18 years later, the psycho-nightmare of the corpse-stealing, dimension-ripping Tall Man reaches a new denouement with Phantasm: Ravager, while the 1979 original is reborn again with a 4K restoration.

For Coscarelli, the films' appeal lies not in gore, but the impossible musings on death that originally inspired him. "Where do you go when you die? Why does an embalmer take you into a back room and bring you out and you look funny?" For many fans, the allure is the night-terror logic, for which he demurs to take credit. "What is Isaac Newton's saying about we stand on the shoulders of giants?" he said. "When I was a film student, I was watching Luis Buñuel and 'Un Chien Andalou' and the surrealist masters, and before making Phantasm I was watching Suspiria and The Texas Chain Saw Massacre and trying to find a way to meld them."

The saga was supposed to end in 1998 with Phantasm IV: Oblivion, with heroic ice cream truck driver Reggie (Reggie Bannister) chasing the malevolent Tall Man (Angus Scrimm) for seemingly eternity. For Coscarelli, within the story's surrealist logic, this was "a fitting send-off to the characters." However, that wasn't enough for the devoted. "I was deluged by all these fans who wanted to know how the series was going to end. They didn't believe me!"

It's not like he didn't have ideas on how to continue: "Over this length of time, and the long gaps between these films and from the Seventies onwards, I've been close friends with the key actors. I'd always been fantasizing about where these characters would go." Then in the mid-2000s, he was approached by horror illustrator and TV animation director David Hartman, who had supervised visual effects for Coscarelli's 2002 adaptation of Joe Lansdale's Bubba Ho-Tep. "He came to me and said, 'This weekend, let's go make a Phantasm movie.' I called Reggie Bannister, who lived nearby, and he said, 'Come up to the mountains, we'll shoot it this weekend.'"

Coscarelli called what they created "an experimental film," but fans saw that initial footage, and became excited about a potential next installment. There was only one problem. "Nobody wanted to put much money up for it," said Coscarelli. However, that's the way with franchises. "As the Roman numerals get higher, the budgets get lower."

The production became the subject of internet rumor, as if Ravager was almost a hoax. Even after the release in 2014 of the first trailer, "the fans started to get impatient, and were wondering whether there really was a film," said Coscarelli. Yet that lo-fi approach undoubtedly fitted with the franchise's history. Aside from 1988's Universal Studios-backed Phantasm II, Coscarelli said, "Phantasm has always been a guerrilla operation."

Now Ravager debuts at Fantastic Fest, free from studio notes or producer dabbling. Coscarelli said, "There was never really any creative interference from anybody who wasn't interested in making the best film that we could."

Yet there is one huge difference between Ravager and any previous chapter: It's the first time that Coscarelli handed the director's chair to someone else. Having worked with Hartman on both Bubba Ho-Tep and John Dies at the End, and seen his skills as a designer and animation director, Coscarelli knew he had found his successor and could concentrate on writing and production. "Directing movies is a very painful process, but producing them, writing them, hanging around on the set, is a lot of fun. Once in a while, I might give him an idea, but I just enjoyed being part of the movie and not having to turn up with my shot list."

It was also Hartman that found a story after the deliberately ambiguous end of IV, with a return to the constant theme of Reggie's tragic romantic misadventures. Coscarelli said, "He said, 'Well, he picks up a girl and it doesn't end well.' That immediately sparked my attention, and became the departure point." However, while the storyline follows Reggie's' adventures, "we were able to find some satisfying conclusion and give some closure to all these characters."

Sadly, that closure also involves the final onscreen appearances of Scrimm. His death this year at age 89 was "a terrible blow," said Coscarelli. "I still miss him every day. He was the first adult actor I ever worked with, which was probably why I cast him as the Tall Man. I was so intimated by him."

A version of this article appeared in print on September 23, 2016 with the headline: Great Balls of Dire Inside the Actor's Superego
How A. Michael Baldwin got here (hint: It involves a showbiz upbringing, Oreo cookies, and shrieking armadas of flying, brain-sucking spheres) This Town Is Big Enough for the Four of Us
There's a new place to get drunk, full, & filmically informed, but it's still the Alamo Drafthouse