I Like to Watch: Getting Faded With High Maintenance

HBO takes another hit of the popular Vimeo series 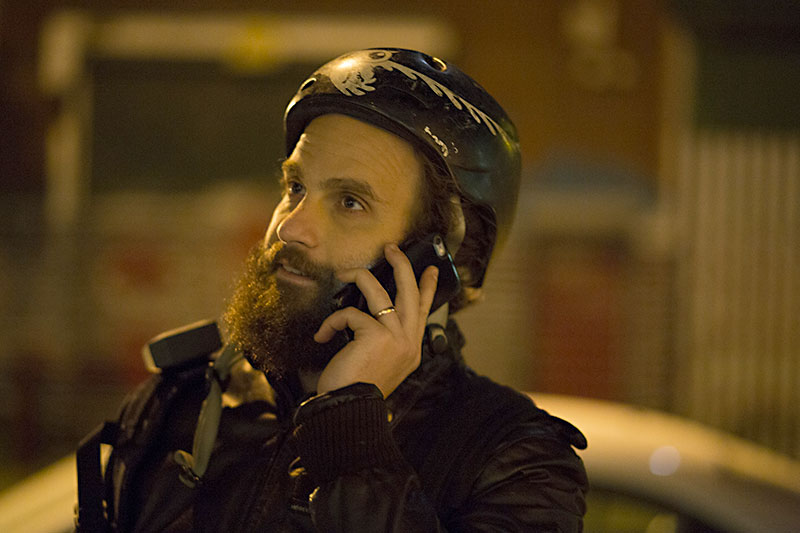 Like the low-key marijuana business that gives the show its framework, High Maintenance has built an underground, buzzy appeal on friend-of-a-friend connections and word-of-mouth recommendation over the last 19 episodes and four years as Vimeo's flagship product.

Katja Blichfeld and Ben Sinclair's well-regarded series of loosely connected character portraits makes its move to HBO Friday, Sept. 16, with a six-episode run. Each finds its narrative center in co-creator Ben Sinclair's nameless "Weed Guy," a dealer in the New York City area, and tells two stories about characters we may or may not ever see again.

This week's premiere, "Meth(od)," is one of the strongest entries in the series to date. Self-consciously anarchic and graphically/winkingly sexual, this tale of a codependent relationship on the skids features a sweet cameo from charming porn star Colby Keller and a truly phenomenal spiral out of control. While it sets the tone and boundaries for a new viewer admirably, it does make a Viceland-type promise that belies the simple compassion and quiet dignity of your average episode, which as a fan I find a little worrisome: As much as I love "Meth(od)," it isn't baseline in any way, and the prologue story that sets it up is as annoying as it is stressful.

Bringing back former characters on a new platform can be weird – the season's weakest entry, "Selfie," brings back hipster grifter parody "Heidi" for an empty exercise in continuity; references to the character Colin's past appearances feel oddly throwaway without his previous episode for context – but for the most part the show's glimpses into character are so singular, insightful, and concrete that they go by without a hitch.

"Selfie" also offers the series' ugliest and most regrettable moment to date, as the show (and "The Guy") indulge an aggressive white fragility, harshly condemning a flaky wannabe writer for daring to suggest the show's obsessive focus on the white middle class makes a mockery of our nation's racist drug laws and incarceration rate. What could have been a chance to address these concerns is repurposed into a vengeful and not half misogynist indictment of selfie culture, which is beneath both the show and, frankly, our otherwise lovable protagonist.

Looking out at the season as a whole, the hits render the misses nearly irrelevant. "Ex," the season finale, is powerful in its development of the theme and killer performances, while a midseason episode about a dog is not half as annoying as it should be. And next week's episode, about a college freshman and her incredibly intense neighbors, contains some of the most beautiful moments of the series, and frankly represents the overall project a lot more honestly – and also features fan-favorite characters Colin and Becky, played by Dan Stevens (The Guest and Downton Abbey) and co-creator Katja Blichfeld, who brings the same grounded realness and poise to the screen as Sinclair does with The Guy.

The problems of an uptown weed dealer are not only temporary in an age of legalization (what one character calls a move to the "post-Prohibition" era), but functions of a dying art. As much as the topical references that pepper every episode – cold-brewed coffee and canned La Croix, morning yoga raves, constant references to Marie Kondo – the unique moment of the show means a topical spin that underscores and celebrates, rather than calling out, the fact that the show is so strongly of its time.

Beautifully and simply shot interiors, portraits of loneliness or tension or desire – and always narcissism – remain the psychological linchpins of the show, meaning that at any stage of pot's legality, the core qualities of High Maintenance stay true. A less confident show might be tempted to ask why these people use pot, why this man deals, why anybody takes this risk; by treating pot as a normal part of existence, just like in real life, a lot of easy and lazy stories get elided. The question is not why we use it, but why we still make a big deal about it. 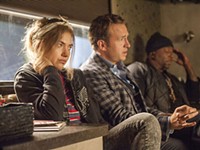 I Like to Watch: Roadies
Showtime series becomes a summer favorite