The Grrrls of aGLIFF

A strong presence of queer women at this year's fest 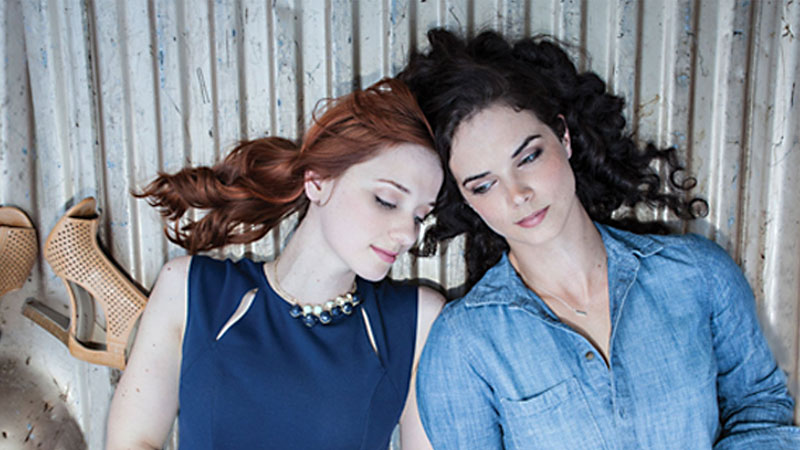 A new age in queer filmmaking is here. As LGBTQ lives become more visible and more widely accepted, the stories for and about queer communities are changing.

LGBTQ characters are popping up in movies and TV; their roles progressing from tropes to fleshed-out characters. Even from within the queer film genre, these stories are evolving. As the Austin Gay and Lesbian Inter­national Film Festival kicks off this weekend, it's impossible not to notice a lineup of stronger, more developed films, specifically in regard to those about queer women and trans folks.

Maybe Carol – a fascinating character study – has something to do with the move toward mainstream, but several narrative films premiering at aGLIFF focus on details beyond lesbian romance. While Heartland, First Girl I Loved, and Women Who Kill all have love stories and sex sewn into their plots, each of these films tell the story of a (queer) woman finding herself, which is vastly different from the majority of lesbian films of yesteryear. Imagine Me & You, Blue Is the Warmest Color, D.E.B.S, even But I'm a Cheer­leader are ultimately love stories – oftentimes with cheesy, overtold storylines.

Heartland, starring Big Bang Theory's Laura Spencer and Velinda Godfrey, takes viewers on a personal journey that's not only plausible, it's relatable. But it also offers a depiction of more nuanced family dynamics.

First Girl I Loved offers a similar look into families and falling in love. What makes Kerem Sanga's story so believable is that the characters are high school kids. There's a tangible vulnerability that anyone who's been through high school and first loves (and coming out) can relate to, but this isn't the typical out-of-the-closet story. First Girl I Loved forces viewers to relive growing up and heartbreak in a way that only a coming-of-age story can.

Aside from the fact that dark comedy Women Who Kill feels like one long inside joke for queer women – there are several scenes that feel reminiscent of Matt Damon and Ben Affleck shooting the shit in Good Will Hunting, except it's a group of lezbros. Despite the well-placed joke on lesbian stereo­types, Women Who Kill just happens to follow gay characters trying to figure out how to make relationships (romantic and not) work.

Also premiering at aGLIFF are two important documentaries. Centerpiece film Political Animals is a much-needed history lesson on four openly gay politicians – all of whom were women. Free CeCe!, which has received more media attention thanks to the involvement of Orange Is the New Black's Laverne Cox, should be on everyone's (queer and straight) must-watch list.

The documentary tells the story of CeCe McDonald – a trans woman of color who was charged with murder for killing her attacker in self-defense. While the film details the amazing grassroots campaign to free CeCe from (men's) prison, it also takes on the challenge of telling a much bigger story. Trans women of color are under attack. The average life span for these women is 35 years. In 2013 (two years after CeCe was imprisoned) 72% of LGBTQ hate crimes were against trans women, 90% of whom were not white. Yet, the film manages to celebrate the lives of trans women in part because CeCe is both inspiring and empowering.

For far too long stories about queer wom­en – especially trans women – have been told by outsiders (ahem, Matt Bomer's Anything), which is why this year's aGLIFF lineup is so refreshing. It's a rarity to find quality films that LGBTQ women can relate to. Hopefully, this is a sign of things to come.

The Austin Gay and Lesbian Film Festival runs Sept. 8-11, at the Alamo Drafthouse South Lamar. For more info, and to purchase badges and passes, visit www.agliff.org.