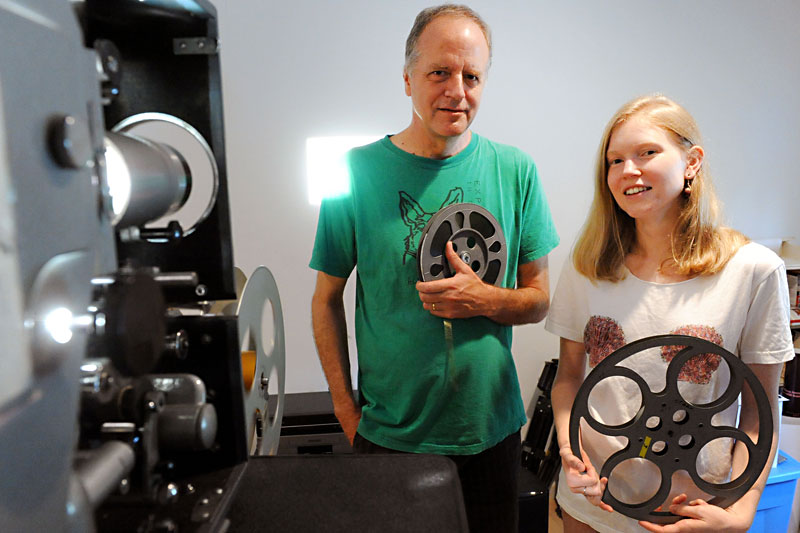 When the Experimental Response Cinema collective held its first screenings in 2012, the curators involved reignited a cultural movement that had by that time abandoned all but the most obscure venues in the city. For decades, there has been a dearth of gifted local experimental filmmakers, from Ed Lowry and David Boone, to Bill Daniel, to Jason Cortlund and Julia Halperin; but while Austin has supported many of these artists, their underground films are more typically screened in backyards and galleries rather than in theatres. Now, after four years of operation and the departure of two co-founders, ERC has partnered with the Austin Film Society to present an array of works that will challenge the obscurity of our regional cinema much like the legendary Made in Texas series did when Jonathan Demme introduced it to the Collective for Living Cinema in 1981. More specifically, ERC's Local Filmmakers Showcase, which screens on Aug. 23 at the AFS Cinema, is genuinely significant.

The filmmaker Scott Stark, an ERC co-founder and one of the most respected living experimentalists, has been programming for the collective since its formation. After its booming first screenings – a series of underground erotica at the Spider House Ballroom and a Jeanne Liotta show at the Arthouse – Stark could see that local cinephiles appreciated the peculiar and obscure: "You could tell that something was really happening here, that there was some kind of hunger for this kind of work." At most screenings, artisanal program notes were passed out, becoming artifacts of taste for the growing group of regular attendees. Soon, galleries like grayDUCK and MASS, First Street Studio, and the Alamo Drafthouse Ritz began opening their doors for the group's perennial screenings.

Yet in those first years, sometimes only "seven or eight people might show up" to shows that Stark and other programmers, including Jennifer Stob, Phil Fagan, Nayantara Bhattacharya, Jarrett Hayman, and Rachel Stuckey, had worked on for months. Stuckey describes her goal as, "bringing works by artists like Leslie Thornton, Betzy Bromberg, and Daina Krumins – who aren't necessarily in the experimental film canon, but have made some truly awesome work," to the fore. Yet the collective faced challenges creating an accountable audience for local artists who were not yet cinematically historical. "Shows with the established, old-school filmmakers will sell," but it was a "bummer" that "anything else that's newer" than Stan Brakhage, Maya Deren, or Kenneth Anger "was a crapshoot." Stark says, "Sometimes we end up having a good turnout, but you can't always predict it or understand why."

As a result of this and the volunteer status of its programmers, the frequency and popularity of the group's events has varied. Stuckey, a recent UT graduate who also led the experimental Mad Stork Cinema group on campus, agrees with Stark that their continuing forward with ERC, after co-founders Caroline Koebel and Ekrem Serdar left, required the abolition of any kind of long-term plans in Austin: "A lot of these microcinemas have popped up over the years. There are young people running them, they are very energetic and they do a lot of cool stuff. And then they burn out."

Despite the threat of burning out, the quality of the upcoming Local Filmmakers Showcase suggests that ERC has its brightest days ahead of it: Its curatorship of the showcase is, impressively, among the strongest in the organization's four-year history. Stark and Stuckey both have shorts in the show, and between their works is a "pretty broadly sweeping range" of new projects that fiddle boldly and beautifully with narrative, image, sound, and performance. As Stuckey delicately puts it, "Everyone should be able to find at least one piece in it." As a proviso, she adds, "The best thing is that if you don't like what you're watching, you can wait six minutes and there will be something new."

In "Traces/Legacy," for instance, Stark turns hundreds of disjointed still images of "discarded Christmas trees, colorfully arranged flea market finds, a museum of animal kills" into a glorious kaleidoscopic collage of proto-American kitsch. Stuckey's "Estrin Tide: Metaphysical Hacking Tutorial" is equally unclassifiable, both an absurdist YouTuber satire and a neon-hued adventure in metaphysics and homeopathy. Within the program, Stuckey also highlights Kent Juliff and Shannon Cloud's "Last Night" – a 13-minute short "about family, youth, and capitalist hysteria in the internet age" – as the film that made her pronounce, "This is what I've been waiting for!"

Speaking about other projects in the lineup, which includes work by such up-and-coming Austin filmmakers as Andrew Infante ("#Bills") and Liz Rodda ("Slow Dazzle"), Stark comments, "It could also be a good introduction for people who haven't seen a lot of experimental film." He points to "Super Bowl Parking Lot," the oldest work in the show, as one with a strong "visceral" appeal. This damning, "really gross" documentary portrays the collision of fandom and nationalism at the 2011 Super Bowl as a grotesque spectacle rivaling the opening scene of Harmony Korine's Spring Breakers. As the filmmakers, Otis Ike (né Patrick Bresnan) and Ivete Lucas, say: "When you mix flagrant sexism with the biggest U.S. sporting event in a city that claims to be the home of America's team, you have all the ingredients to create visual and narrative chaos."

This kind of gutsy, uncommon programming – the largest of its kind in years in Austin – stands to be remembered as a major moment for the city's avant-garde artists. The beauty and breadth of tone throughout the 11-film showcase, as well as its screening at the newly crowned AFS Cinema (formerly the Marchesa Hall & Theatre), augur perhaps the most significant audience in ERC's history. Though cautiously prideful, the programmers hope the screening will "create a dialogue within the community" that is expanding anew thanks to support from organizations like AFS, Women & Their Work, and IBM. As Stuckey says, "It may be weird, and it may break all your expectations or be boring," but at least it won't be "just screenings and then talking at the bar afterward."

A version of this article appeared in print on August 19, 2016 with the headline: Avant-Gardians of Cinema