I Like to Watch: UnREAL and the Forms of Consumption 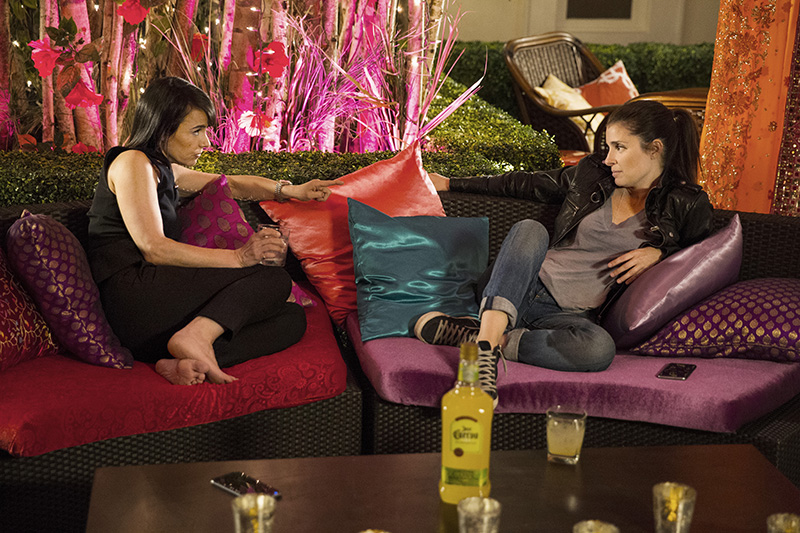 Coming up on the season 2 finale of UnREAL (Lifetime, Mon., Aug. 8), we see a few patterns recurring, most but not all of them fantastic. While a great deal of the heat preceding this second season of the surprise-prestige show had to do with a FOMO backlash – backlash as interesting as it is hard to untangle – the fact is that nothing is perfect.

This time last year, dialogue was falling more and more on-the-nose, characters were moving in service of plot rather than the reverse, and in general a soapy sort of chaos had descended. It was fine, lovely, the elements were all there, but the third-act rush – common to every form of storytelling that has ever existed – seemed to hit harder than most freshman shows.

Here we are now a year later, and though the season seems a bit of a blur, and the third-act rush is in full effect, we can safely say that rumors of the show's creative demise have been both greatly exaggerated and premature. To me, that's more about the state of criticism in 2016, and even more so our culture-wide attempt to assimilate binge-watching, to synthesize it with the near-circadian weekly rhythms we inherited from our primordial, rabbit-ear-adjusting ancestors.

We still have not, as a group, synthesized specifically the programmatic binge. We talk about "spoilers" and "seasons," like time still has meaning, as we make ready for the oncoming time when we start thinking about television the way we do books: always, already on-demand, waiting for A to watch so she can talk about it with B; for the story to work its particular magic.

For a buzzy show like UnREAL, on a network and subject most of us seem to still need to consciously remember are valid aspects of humanity (Lifetime and women, respectively), that binge issue is of critical importance. It's a completely different form of consumption. It's why auteurs and wannabes prefer the all-at-once stream of Netflix and Amazon originals over the weekly Hulu model; it's also why lovers of television as a medium, and critics worth their salt, tend to stay away from it.

It is a quality of human physiology that short- and long-term memory work differently, and the binge throws that into disarray when it comes to storytelling. The first season of Buffy you ever watched week-to-week is different, qualitatively, from every season before and every season after. An ambitiously literary show like UnREAL, just like every prestige show – from Mad Men to Breaking Bad – depends on an accretion of moments, subtle indications, repeated motifs.

If your show's finale "redeems" the season, that's a failure by either show or viewer: The covenant is broken, because television is built by chapters. Trying to "win" a show, as though it is a puzzle or encrypted code, is bad enough: With a show specifically designed to resist that form of analysis, there is no hope of satisfaction. Everything is flawed, but downshifting from a binge to a minor weekly event is guaranteed to blow it up. Especially when you're motivated to win the battle of who can get over it first, which is what FOMO always mutates into.

The hidden-gem hype around this show was both inevitable and works powerfully against it in the sophomore season, because so much of it depends on the work the audience must do: The work here of White Feminism vs. Black Lives Matter, of balancing complicated female leads and complicated, opaque men, not to mention the closed-circle concept of reality television itself as a very dark mirror to our own vanities. Those are questions we aren't even close to reconciling out here, in the real world, but which nevertheless UnREAL has attacked more voraciously and honestly than apparently we can handle. For now. 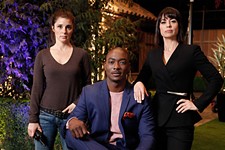