Maggie Lea brings the summer program back for its seventh year 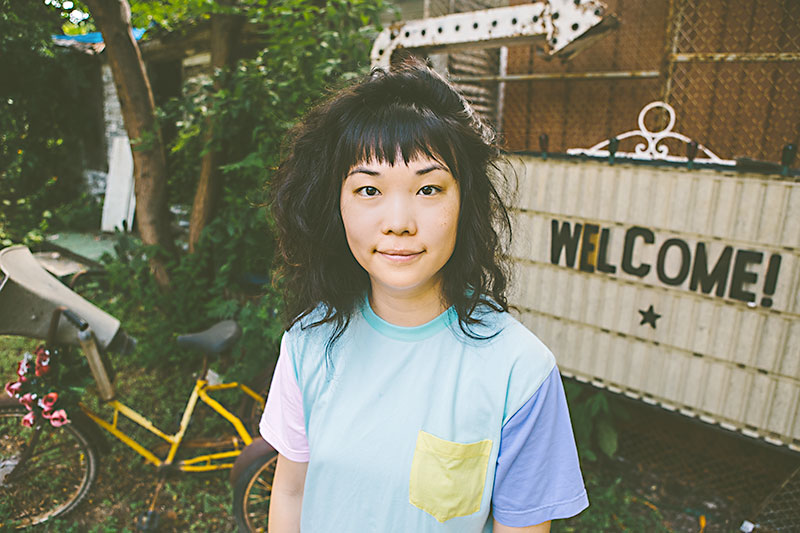 Cinema East, one of Austin's most beloved film series, returned for its seventh season on Sunday, July 24, at a new – smaller – location.

Housed for previous years on the French Legation Museum's lawn, Cinema East found its new home at the clandestine Sekrit Theatre. Though the space can only seat 300 as opposed to the 900 bodies that descended on the French Legation, the vibe is definitely on par with that "old Austin" feel. Owner Beau Reichert, who's currently fighting to keep his spot, hand-built and designed each of Sekrit's eccentric installations. From a beautiful greenhouse to an old school bus decorated in strings of brightly colored lights, the space, complete with a screen and projection room, is the kind of place one would expect the Mad Hatter and March Hare to host a film series.

"I'm interested in starting over in a way, rebuilding our audience base, and giving it a fresh new life," says Maggie Lea, co-founder and lead at Cinema East. "I have a lot of confidence in our programming every summer, and in our event production skills. Sometimes, it's good to scale back and rethink things."

Earlier this year, rumors spread that Cinema East would follow a few of Austin's other DIY festivals and not return for a 2016 season. Though there were several concerns for the folks behind Cinema East to sort out, Lea says the overarching issue was money. "I hate to talk about it, but it really does have a lot to do with funding."

According to Lea, the original space cost just under $2,000 to rent for each screening with an additional $900 for production costs (i.e., projectors, screens, crew). "Exhibiting film is expensive as it is with distribution fees, but I think the cost of exhibition outdoors is just out the roof. Add some rising rental costs in the current state of Austin's growing metropolis, and you've got a recipe that is just a lot to handle for a small DIY production like ours."

The move to a smaller venue unfortunately doesn't translate to a smaller budget, and with less tickets to sell, Cinema East is still struggling financially. At the start of the summer, they launched an Indiegogo campaign with the goal of raising $5,000 by the season's end in order to cover costs such as flying in filmmakers for the post-screening Q&As. The July 24 event featured Creative Control director (writer, and star), Benjamin Dickinson. So far the indie film series has raised $1,111.

"We put our own money into it, we work our own events on-site. We don't have a PR team, we don't have a big company running our films," says Lea. "We do what we do because we love film and we love community gatherings."

In fact, there's only three Cinema East "staff" and one of them, programmer Carlyn Hudson, recently moved to L.A. She is helping schedule films remotely. Lea's partner – in life and business – is Tamara Hoover. The couple also own Cheer Up Charlies together.

"When you're small, you're always at risk. And when you're small, there's always a lot of love behind it. I related to Beau from the Sekrit Theatre on that," says Lea on her decision to uproot Cinema East. As for keeping the series running, she says she ultimately didn't have a choice. "It's hard to give something up when it has its own momentum behind it. Cinema East has a life of its own, and I guess I work and do a service for whatever is driving that spirit that keeps it alive."

The next screening will be Goodnight Brooklyn: The Story of Death by Audio, on August 14. Though free beer is no longer on the menu, it's still BYOB and dogs are welcome. Additional films for the season include The Fits, The First Girl I Loved, and Little Sister. Due to limited seating, Lea suggests purchasing tickets ahead of time.

For the full schedule and to purchase tickets, find Cinema East on Facebook. To help them reach their financial goal, visit www.indiegogo.com/projects/cinema-east-summer-film-series-2016#.

A version of this article appeared in print on August 5, 2016 with the headline: Secret Cinema 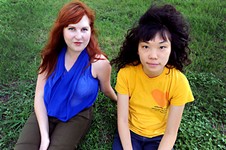