Burt Reynolds and The Bandit

Doc chronicles the making of a classic 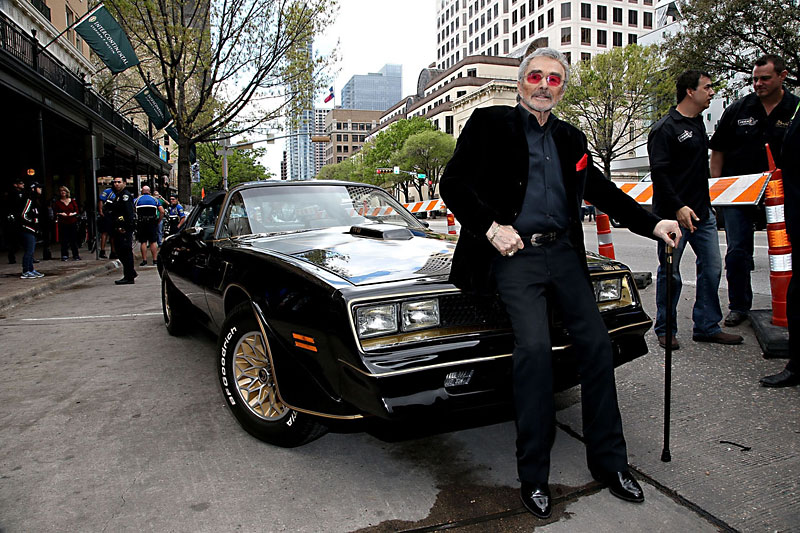 Burt Reynolds is a megastar. But he may never have been that way without stunt man-turned-director Hal Needham. As Reynolds' longtime double for all those hair-raising, life-threatening leaps and fights, he made Reynolds look like a badass. When Needham became a director for Smokey and the Bandit, he made Reynolds a household name. Together, documentarian Jesse Moss describes them as "two of the sexiest, most charismatic men of the Seventies." That's why Moss' new documentary The Bandit isn't a biopic about Reynolds. It's about two best friends, and how they set cinema on fire in 1977 with a crazy road trip. "It's a buddy movie about a buddy movie," he said. "The trope of the buddy movie is that they fall in love, they fall apart, and they come back together."

The documentary, which debuted in Austin during SXSW, screens this weekend as part of a Burt Reynolds marathon at the Alamo Ritz. It's a huge change from Moss' last film, The Overnighters, which focused on the tensions caused by workers flocking to the North Dakota oil boom. Moss admits: Even with a 1970 Chevy Chevelle in his garage, he doesn't seem like a natural gearhead, drawn to a tale of high-speed bootlegging. "You can appreciate what a natural evolution it is from The Overnighters to Burt Reynolds and Hal Needham," he said. Yet he'd already gained his racing stripes on an earlier film: 2004's Speedo: A Demolition Derby Love Story, about self-destructive driver Ed "Speedo" Jager. "Speedo is absolutely the DNA of The Bandit," he said. "I think of it as a Seventies Burt Reynolds film that you might see at a drive-in, and I never expected it to boomerang on me 15 years later."

Those Reynolds films were as much Needham's as anyone else's. Not that Moss even knew who Needham really was before he started researching Reynolds' life and career. Yet he soon realized that he couldn't talk about one without the other. How Reynolds, the actor who wanted to be a stuntman, meshed with Needham, the stuntman who wanted more than just risking his life with his back to the camera. The pair met on the set of TV's Riverboat, and became tight friends. Yet their careers separated in the mid-Seventies, when Needham made a stab for national fame as a new Evel Knievel, and Reynolds tried to rewrite his résumé with serious fare like Deliverance, and even as a song-and-dance man in At Long Last Love. Moss said, "Hal goes off and tries to be a star in his own right, and Burt goes off to be a different kind of actor, and they both realize they're not going to achieve that."

The duo went on to make six films together as star and director but, Moss said, "the making of Smokey gave us the motor for the film." In hindsight, it's the film that defined Reynolds: that mustache, the black Stetson, his unlikely chemistry with Sally Field, the fourth-wall-shattering grin. Yet at the time, Universal Pictures didn't believe this Southern-fried bootlegging romp would be anything more than a drive-in blip, so surprisingly little official behind-the-scenes material was ever kept. But that was okay with Moss, because he wasn't interested in a studio sanctioned making-of movie. He said, "I didn't want to make a tribute film, I didn't want to talk to people about the legacy of this film. I wasn't as interested in telling that story, but Burt and Hal, and their affection for each other, their loyalty, I love that story."

The Bandit and Burt Reynolds Mystery Marathon screen at the Alamo Ritz, Sun., Aug. 7, 11am. See www.drafthouse.com for tickets. The Bandit receives its broadcast premiere on CMT, Aug. 6, 9pm.