“LGBT visibility” is a strange thread to pull 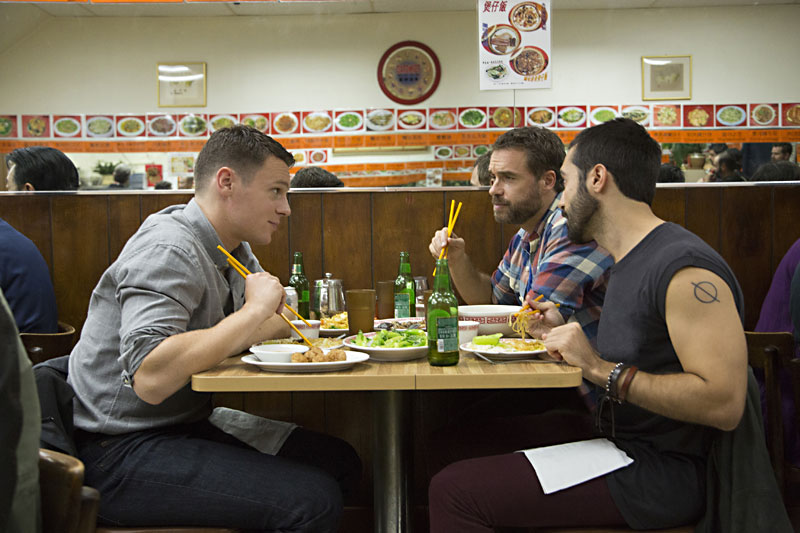 "LGBT visibility" is a strange thread to pull. It usually means white gay guys, just as in real life, and just as in real life, it's associated with tragedy, even today. While Simon Pegg often opens his mouth, rather than keeping it shut, his input earlier this month about Sulu's just-revealed homosexuality in the upcoming Star Trek Beyond was intriguing. He explained to the gay man (bad) famous for portraying the character (bad) that, among other factors, it was deemed better to hand it off to him, as a tribute of sorts (good), rather than introduce a character whose sexuality is their sole trait (good).

As communications knit us tighter, we are exposed to more things – good things, horrific things; human things – that we could before ignore. Gay people being people, gay life as something more than off-brand existence – more than simply straight people who just do this one weird thing for no reason, as many seem to see it – is itself radical. Think of the immediate effects it has had in the last decade, the last year, on what we understand as normal and worthy of love and respect.

It also means creator access, as gay people are able to tell their own stories and stories of their own devising. Sarah Gertrude Shapiro's UnREAL is a strikingly different animal from the 50 years of gay-written, -produced, and -acted entertainment the mainstream tends to think of as mainstream.

What intrigues me is the way these factors have intersected recently, in a beautiful string of series that – white dudes abounding, of course – provide truly important, entirely fresh perspectives on a world that continues opening itself to our collectively diverse experiences as things in themselves.

Looking: The Movie debuts on HBO Saturday, July 23, after its rather unceremonious cancellation last year (on my birthday!), after only 18 episodes. A slow burner, it began as pointless mumblecore before finding its voice, made its cast of complex and irritating personalities absolutely riveting, and eventually became so emboldened by success it ended the bell curve of its relevance with a focus on fairly niche (although vital) interests. Worth a watch, and prefigures greatness to come.

EastSiders is a Vimeo series about Silver Lake's gay h*pst*rs with a tiny, brilliant cast (Constance Wu, pre-Fresh off the Boat, is in particular worth the cost of admission). The first season, formally ambitious and surprisingly heartrending, has been edited together into a single feature-length film available on Hulu – a great primer on what's happening now, especially if your idea of gay cinema is still low-budget Nineties indies, with their gaggles of shrieking drag queens, seduced Mormons, hollow tears, camp stuntcasting, and/or Gregg Araki bummer narratives.

The tartly Antipodean Please Like Me, written and starring (like most of these shows) its creator, Josh Thomas, is a must-watch. Immediately. Charming, rapid-fire, hilarious, and awkward, it sneaks up on you with the largest heart of any series in recent memory, besides possibly the late Selfie.

Crashing, a UK show from earlier this year, is one of the top shows of 2016 and will cause Black Mirror-level quakes when it crosses the pond. A mutant, acidic, postmodern Friends about professional squatters, the reaction shots and eloquent microexpressions of the core cast are a master class in close-up magic by themselves. Creator Phoebe Waller-Bridge is an emerging talent, her writing is top-notch, and the performances are indelible – in my house, we watched the whole three-hour series twice within two days.

While across-the-board visibility may be less a cause to trumpet than a symptom of compassion, whose onset we should all be working to hasten, the gay white romances in these particular shows are vanguards of a new kind of art, and humanity, that don't rule the others out but call them forward. Even the most socially aware of us sometimes forget that good art is never a bad thing and never replaces other art that could exist: Often, it can show us the path toward – and importance of – finding our way there. Together.