Looking into the mirror of Big Brother 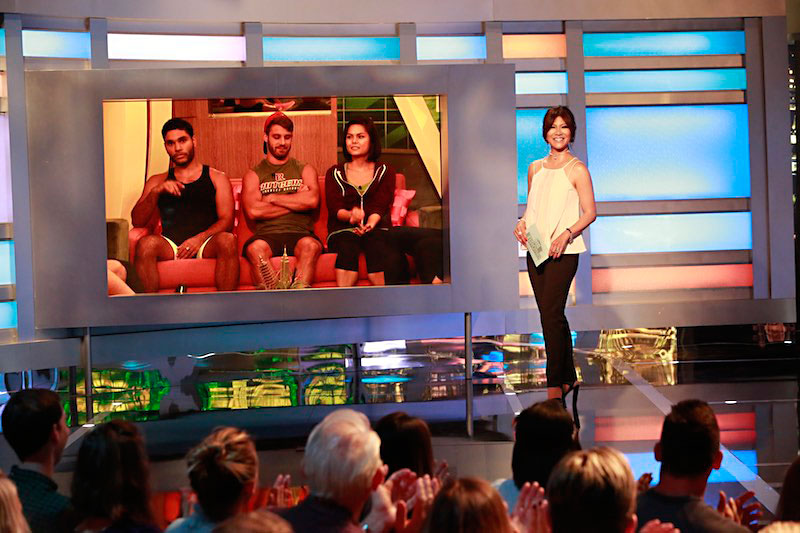 Every summer, the first scent you get is this J.G. Ballard feeling to Big Brother's beginning weeks. Strange personalities that may or may not be authentic, interacting in and with a strange world, with a lot of moving parts they'll never catch moving, under the constant surveillance and arbitrary control of an unseen, all-powerful force that wants only for them to destroy each other.

As their circumstances and responsibilities are made clear – but never too clear – to them, the Houseguests reveal more about themselves than is strictly comfortable: for us, for them, or for each other. The reason the show's obsessively devoted fans spend so much time with them every summer (this is the show's 18th American season) is that, by its nature, the show also reveals some pretty shocking things about us, out here.

But whereas American Idol was, in its heyday, a tarot reading for America, Big Brother is more like a Rorschach test. One of the few editions of the international show in which contestants, rather than viewers, vote each other out of the house every week, American Big Brother is equal parts workplace comedy and Sims game, a Real World where the backbiting, manipulation, and competition are explicit and therefore more quantifiable. Our very passivity to the live and ongoing shifts in the game defines the American experience, crucially, as celebrities and villains and narratives are spun out of nothing right before our eyes.

Each season, the show mutates itself to keep pace with contestants' evolving sense of play. Not only the way the game's played (and can be manipulated, with forethought) but the way that we, moving in a dual world of face-to-face and online interactions, build our ideas of ourselves out of the reactions of others. Early seasons saw Houseguests actively hack the system, constructing loopholes and logic gates with Skittles and chess pieces faster than the game could keep up. What's resulted is a dizzying, chaotic, ongoing calamity of structural twists and reversals that resists and refuses analysis both inside the house and out – set upon people who have only and always been playing versions of themselves.

What has always been key to the game and its enjoyment, however, is the uneasy way it presents us with standard television devices – the live performance, the hero/villain, dumb girls and ripped guys – and then refuses to pay them off in a conventional narrative. We spend so much time in this country, especially this year, defining our monsters and saints, and either throwing tantrums or retreating to corners when those simple definitions aren't met with confirmation. Elizabeth Warren is a hero of the left, until she throws in with Hillary Clinton. Any blogger is one "bad" opinion away from being wiped off the map, or fired, or worse.

The usefulness of Big Brother, in this environment, is its three weekly hours of narrative disappointment. Heroes become villains, nobility dissolves into misogyny, racist write-offs demonstrate growth or at least admirable moments, and all of it is concentrated by the show's nature on this very core truth, which we'd all do well to keep in mind at all times but seldom do: Nobody is a tidy sum, and not one of us is beyond reproach or redemption.

Defining yourself by the pony you choose to bet on is as silly and childish as defining yourself by the things you buy, and vitally, in most ways it's no different at all. The myth of purity, so easily told and retold in our current lives and discourse, is the Buddha we meet on the road. And you already know what needs to happen next.