Wrapping up this season of Game of Thrones 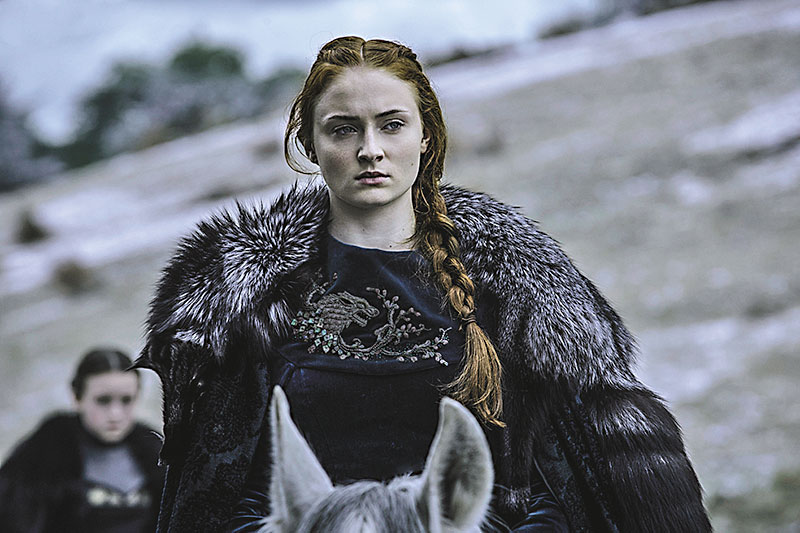 It is known that the ninth episode of each Game of Thrones season clears the decks for the finale, to set up reconfigured pieces and move forward. Daenerys gets the C-3PO treatment from some worshipful, downtrodden underclass or another, the Starks count up how many of them died this year, Sansa gets sold off to one dickhead or another, the Red Woman is revealed to be creepy in some new way, Arya shows up five minutes late for whatever nice thing she was about to get, Cersei blows her own mind with how crazy she's acting, Jon Snow is wildly celebrated despite his utter mediocrity, and – generally speaking – the few favorites still standing die in horrific ways.

Every finale's gone down this checklist, and Sunday's coming finale – the longest episode in the show's history at a very nice 69 minutes – will presumably run them down again. Coming out of the beautifully messy, penultimate "Battle of the Bastards," it's worth at least twenty minutes of extra time explaining where all the pieces have even fallen. Jon Snow essentially rules the North, depending on what Sansa owes Littlefinger for saving everybody's bacon this week at Winterfell. One presumes this quid pro quo will be marriage – either to Littlefinger himself in a Hitchcockian sex switcheroo for Sansa's stone-hearted mother Catelyn, or to his young stepson, breast-feeding rights enthusiast Robin Arryn – and one also presumes that Sansa will do it, and then shove whatever dude it ends up being out the Moon Door, where they belong. Where, let's be frank, everybody who has ever met Sansa  belongs.

So that's the North, which matters in terms of the zombie apocalypse and also because a happy Jon is a quiet Jon, and finally being Warden of the North might actually cheer him up for a second. Of course with the oracular Bran Stark still mid-storyline and on the run from the Night King, Sunday could very well also be about clarifying Jon Snow's parentage once and for all, and Davos' coming vengeance on Melisandre will help. The Hound's heading north with the Brotherhood, presumably to meet up with them as well.

Meanwhile, Essos' new It Couple, Queens Daenerys and Ironborn Asha, make their way west to King's Landing, just in time to see it blown to hell by Cersei. It seems likely the ladies of Dorne will lock ranks with her as well: a triumvirate of forces led by women who love nothing more than making executive decisions about nations without input from anyone actually involved.

Between the Starks' wartime unification of the noble houses and Wildlings up north, and the Faith Militant inspiring similar alliances in the South, the outlook's never been brighter in some ways. But Bran's visions of the Children of the Forest deploying their desperate magic to create the Night King's army in the first place suggest those wights are an aberration. Like the long line of bloody retribution that runs through Greek tragedy, from Iliad to Odyssey to Oresteia, it turns out war only creates itself. As the Hound's buddy Brother Ray (Ian McShane) pointed out, violence is a virus that you can refuse to spread.

It's what makes the Starks' ongoing legacy of disappointment so compelling, as any choice other than murder makes you a chump; it's also what makes the High Sparrow so difficult to nail down, because he sticks to his story as well as any zealot. But ultimately, both Cersei and Daenerys have dealt with every possible scenario in which you burn out the infection, and over and over have learned the hard way that nothing comes from trouble – from deals with the devil – but more trouble. At the end of a season more in line with real-world events than ever before, it's a fine meditation to end on: Hatred begets hate, violence begets vengeance. It's going to take a lot more than dynasties and backroom deals, or conversely, socialist rhetoric, to heal Westeros from the wounds she keeps dealing herself. 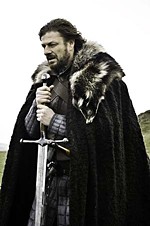