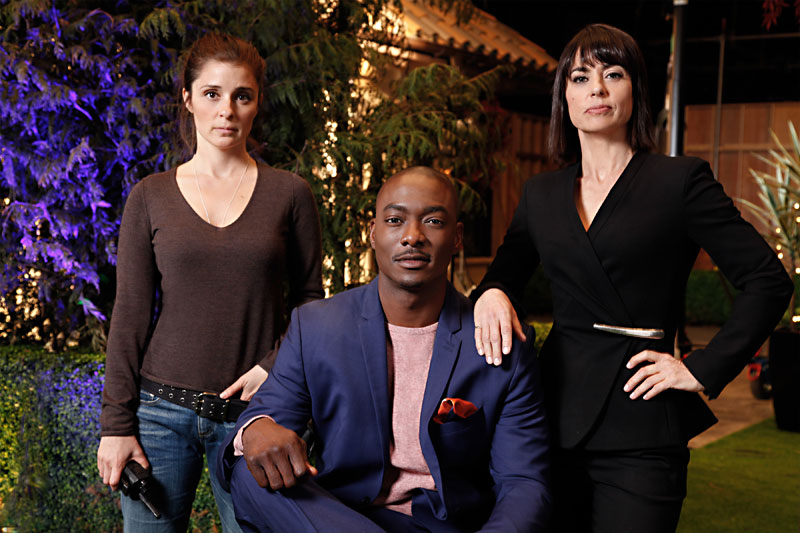 "People always start with, 'I'm not a fan of The Bachelor, but ...'" and if you're familiar with Sarah Gertrude Shapiro's brilliant drama UnREAL, renewed for a third season days before its second season premiere this week on Lifetime, you already know what comes next, "... um, I'm a radical feminist, and a writer – so trust me, we have that in common."

The genius of UnREAL is implicit in its presentation: cinematic, incisive, harshly nonjudgmental, honest. But it can be hard to communicate, because it lies behind so many layers of assumptions and narratives. "Lifetime," "female cast," "drama about a reality dating show," and even "scandalous" are all signifiers that overwrite the show's strengths. Imagine House of Cards, but for gender; Breaking Bad but about gaslighting. Most describe it as an exquisite, weekly panic attack.

Shapiro speaks as precisely as you'd think, given her show's focus on messaging, the plasticity of experience. Answering each question three or four discursive ways, always returning at the end to bullet-point the sound bite.

"There are three levels to everything Rachel does," Shapiro describes our heroine, Shiri Appleby's gifted and complex producer. "What she tells you she's doing, what she thinks she's doing, and what she's actually doing." It's a compact but useful description. No character, as a rule, ever voices, or even fully comprehends, their actual feelings or intentions.

Writers new to the room, for example, may find themselves in situations that require "calibrating," and Shapiro reminds them that Rachel and Quinn (boss and antagonist/soul mate Constance Zimmer) "don't talk like Serena and Blair [of Gossip Girl] – 'You betrayed me in this way'" – but "like Walt and Jesse – 'Get the job done, pull it together.' It's about efficacy." It's a rhythm that keeps you off-kilter, as even the most Bechdelian female characters don't usually fall into this idiom. "I hate to say it in this gendered way, but Rachel and Quinn are, for lack of a better word, very male with each other."

It's something that comes up a lot with the show, this language (and how to break it). Rachel's nigh-supernatural abilities – manipulation, mind-reading, foresight – are not that different from Don Draper's skill set. But where Draper is the best at what he does, characters and viewer are tempted, often, to diagnose Rachel. Which is, of course, by design. "The pitch was always about this young producer who has a very complicated relationship with her boss," Shapiro underlines, pointing out that this was the draw for her star. Appleby was wary of doing more love triangles, after the jobs she'd had – as a regular on Roswell and Life Unexpected, among others – but got on board when Shapiro assured her that the main relationship on the show would always be between these two particular, layered, unique women. "Every story is built around what's going on, the dynamic, with Rachel and Quinn."

It's part of what makes UnREAL revolutionary; it's also what made it such a surprise that one of the standouts of the first season was one of its few male characters, the show-within-the-show's Bachelor analogue Adam Cromwell (Freddie Stroma). When I told her how strange it was to become so fond of (the pretty, blond, aristocratic, British) Adam – almost traitorous, given the care that goes into Rachel and Quinn and the other women of the cast – Shapiro laughed, "Well, good!"

She admitted that as a writer, she knew she had a habit of underwriting men, so part of Adam's expert and complicated characterization was a conscious decision. But she said too that, originally, the character was written as a jerk: an East Coast, private school, Kennedy type. But after his audition, when Stroma showed his real personality (and accent), the whole story changed. "I have to give Freddie credit – he's such a good man, and such a strong actor, that it gave the writers all those colors to play with."

That faith in the process is what drew us in, and – with an African-American suitor on deck (something never attempted in real life) – a comforting thing to remember. Season 2 brings us new jobs for Rachel and Quinn, a new mantra – money, dick, power – and, God willing, a surplus of all three, for everyone involved. 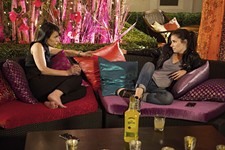 I Like to Watch: UnREAL and the Forms of Consumption
Season 2 of the Lifetime series proves nothing's perfect