Sinner priests are here to save us all 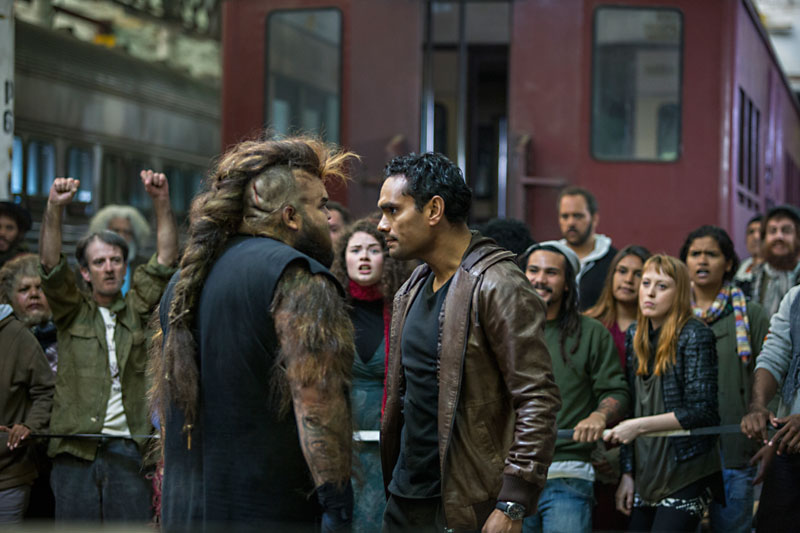 This week, as most shows are heading into the home stretch and premieres are only beginning to roll out, a funny trend's been developing: Preacher (AMC, Sundays) was joined by Outcast (Cinemax, Fridays) and Cleverman (Sundance, Wednesdays). Three genre shows on prestige and premium networks about unwilling spiritual leaders, and the communities they're muscled into protecting.

The similarities go a bit more than skin-deep (both Preacher and Outcast, for some reason, have a lot of upside-down churches in their iconography), and all three are beautifully filmed and more than a little scary: The Outcast pilot in particular, directed by modern genius Adam "You're Next" Wingard, is skillfully delirious, throbbing, and funny by turns.

Dominic Cooper's Jesse "Preacher" Custer is running from a life of crime, while Outcast Kyle Barnes (Patrick Fugit, of Almost Famous and Saved!, wounded cheer still fully intact) is running from a whole host of evil tragedies we are still only piecing together. They're both hounded by otherworldly menaces and visited by a strange sort of grace.

Meanwhile, the titular Cleverman, Hunter Page-Lochard's Koen West, holds on to his criminal life in defiance of his destiny as a spiritual leader, even as his upstanding older brother tries to claim it. The last one hasn't had quite the marketing push, as tends to be the way with Sundance originals. It's an Australian series – sci-fi, in the near-future, dystopia-lite, Black Mirror sense – about segregation between the Australian population and the Hairymen, humanoid creatures out of myth.

If that setup smacks of well-intended, accidentally racist globalism (District 9 comes to mind), you may be on the right track – there's something about hearing the word "subhuman" in an Australian accent that really rubs me the wrong way, regardless of who is speaking – but the fact that the genre elements are drawn from (admittedly several different) Aboriginal mythologies at least means it's trying.

The performances are good, and the Hairymen are as simultaneously alien and recognizably human as the best attempts among Syfy's high-minded aim at a similar story (the late, lamented Defiance, particularly in its first season), it's beautiful, and there really is something to the archetypal nature of the conflict. Two brothers, one a bigoted hoodlum and the other a local saint, fighting for the right to embody, and therefore define, the nature of spirituality is probably a good thing to meditate on, no matter the clunkiness of its attending metaphor.

Likewise, the journey of Fugit's Outcast is more Job than Jonah, as he begins connecting the dots on several horrific periods and realizes that he's been under siege by demons for most of his young life. While "exorcism" as a genre is not usually the most compelling, it is true that The Walking Dead creator Robert Kirkman has turned it into something new. While "haunting imagery and suspense beyond jump scares and gross-outs" is the lowest bar you can set, Fugit's tenuous self-control and fatalistic charm elevate every scene.

So why now? Why is 2016 the year of the village shaman? Specifically, the reluctant – the heartbroken, the faithless, the snarky – the atheist, that ends up having to lead the flock? Part of me wants to say it must stem from the libertarian, Bernie Bro, leftist fantasy of things like Game of Thrones and, yes, The Walking Dead. In a time where nobody knows what's right or wrong, it takes a smart young white guy who has just learned about politics to invent (and endlessly explain) politics for and to the rest of us.

But then there's another part of me that hopes for something else.