On the Fringes of Cinema

For years, Austin audiences knew Zack Carlson for championing underdog filmmakers – outcasts and outliers working so far off the grid that it's insane to judge their work by mainstream standards. Now Vice has given him an international platform to explore those creative mavericks in Outsider, a new series turning the lens on the most offbeat auteurs. Carlson said, "I always think the filmmakers behind these movies are as compelling and/or bizarre as the movies themselves."

These aren't outsiders who are really insiders, the David Lynches and Nicolas Winding Refns. These are true outsiders: self-taught, self-motivated, ignoring the unwritten law saying they're doing the impossible. Which is kind of how Carlson and co-creator Evan Husney ended up being the hosts – much to their surprise. Carlson said, "I will tell you, everyone at the Vice office is much more physically attractive than I am."

Yet it could never really be anybody else. To start, who else knows Master YK Kim, the inspirational speaker/tae kwon do instructor who created the insane Eighties action flick Miami Connection? Or David "The Rock" Nelson, who spent decades crafting homemade horror jaw-droppers like The Giant Horny Toad Monster or The Devil Ant? Or Laz Rojas, who attempted to circumvent Hollywood by sending studios a one-man highlight reel. Carlson said, "He made this four-hour demo where he did scenes from about 50 of his screenplays, where he played every character, regardless of their age, gender, ethnicity, everything. He played aliens. It was all just him. There'd be arguments in a room where there were seven people in a room yelling at each other, and they were all him."

It wasn't just about knowing their work, but about knowing them personally. Carlson was an essential part of getting Miami Connection the theatrical release it was denied in 1987. In 2012, he hosted a celebration of Nelson's work, bringing the kinetic and frenetic one-man film studio to the Alamo Ritz, where his raw enthusiasm captured the audience. Carlson said, "He is so excited about every single aspect of life, and of his work, and to meet other people and share his enthusiasm. That is what gives him fuel. So we have this responsibility to get that across to people, instead of it just being 'look at this wild, nutty guy that we hung out with.' He is a wild, nutty guy, but he's also one of the most prolific and unique filmmakers alive."

The Vice series allowed Carlson to get closer to his subjects. He visited Kim and Rojas at their homes, but Nelson's meeting turned into a road trip. The prizefighter-turned-filmmaker had a screening hosted by the Cinedelphia Film Festival, but he refuses to fly ("He's just not comfortable with that technology," said Carlson). Rather than let him take the train, Carlson and his crew drove with him all the way from his family home in Des Plaines, Ill., to Philadelphia. "In those two days," Carlson said, "I am not exaggerating when I say he stopped talking twice to sip water. ... At the end, it was a real emotional goodbye, because we'd gotten so close to him."

This isn't the first time Carlson has brought these underground talents above ground. In 2010, he stumbled across a print of Miami Connection, and showed part of it at the Alamo Ritz as part of an American Genre Film Archive Reel One Party. That's when audiences are exposed to the first 15 minutes of some lost, unknown, or mysterious movie, and Kim's disco-gangster-ninja explosion blew the audience away. Carlson and Husney helped release it under Drafthouse Films, and made successful businessman Kim a surprise celebrity. When the crew visited Kim's mansion in Florida for the documentary, Carlson said, "His daughter seemed really shocked that people wanted to talk about her dad's movie. To her it was some bizarre, ridiculous blip in the family history."

Not every story has a happy ending. Carlson called his time with Rojas "a sadder episode," as the ambitious actor has fallen on hard times. He has not had the same comeback as Kim, or the same indefatigable exuberance as Nelson. However, Carlson said, "The creativity in him is burning and he still wants to do it, even though he's living under very adverse conditions."

For Carlson, the show is a celebration of the creative spirit of truly unique filmmakers. "These guys have somehow found a way not to get beaten down by life. No matter how many hurdles they've had to face, they just power forward. I think the average human being ends up being a little bit dulled by the brutality of existence, and these guys are exceptions. They've always been able to just punch through the walls of life like the Kool-Aid Man."

Outsider is available to watch at www.vice.com/series/outsider.

Gay Place: OUTside of Society, Indeed
Get OUT and enjoy the sights 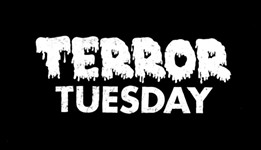 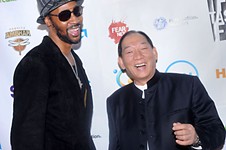