It's a match made in a cinephile's heaven. Once again, the Austin Film Society has teamed up with Premiers Plans Festival d'Angers to bring to Austin a weekend of contemporary French cinema, complete with filmmakers in attendance, parties, meet-ups, and most importantly, a roster of Gallic cinema you can't see anywhere else. And while the lineup is eclectic as usual, there's a through line here, one that should not surprise the mildest of Francophiles, and that is the subject of love.

Opening night film Two Birds, One Stone (now retitled Our Mother), sets the stage with a story of lost love, as an aging Algerian mother of 11 comes to terms with her past. Zayane receives a letter that a man from her past has died, and her departure kicks off a crisis for her children, as they all gather at her home while she goes on a journey of reconciliation. It is a bittersweet and often hilarious film, and first-time filmmaker Fejria Deliba hits all the beats just so, creating an indelible and unique glimpse into French-Arab culture.

Another film of the series is Keeper, which concerns two young lovers, Maxime and Mélanie, who must navigate a very adult world when Mélanie becomes pregnant at 15. Can they work it out? Will Maxime's dreams of becoming a professional football player bear fruit? It is a well-crafted, nuanced portrait of youth in love/crisis, and a film that does not dole out easy answers. 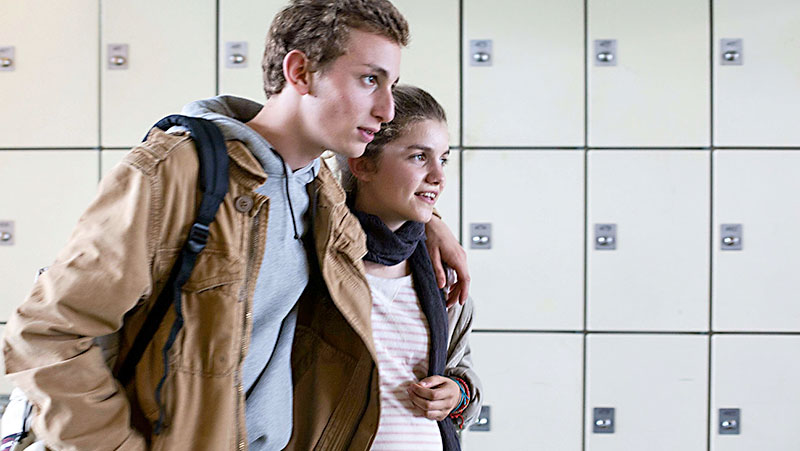 Familial love is at stake in The Good Life, a gorgeously shot film concerning a father and his two sons, who have lived as nomads since he stole them away when they were children. Now young adults, they grapple with life on the run. The film toggles between ideological treatise and a depiction of first love with marvelous aplomb.

Also screening is L'Annee Prochaine, about two best friends from a small French village who brave the big city when they move to Paris, and a short film showcase that spotlights some serious talent, new and old. This is a series that showcases films that you might not have the chance to see again, and it speaks to the Austin Film Society's fervent approach to bringing international cinema to this town. Now that they have control over their own theatre, I can't wait for the trend to continue.