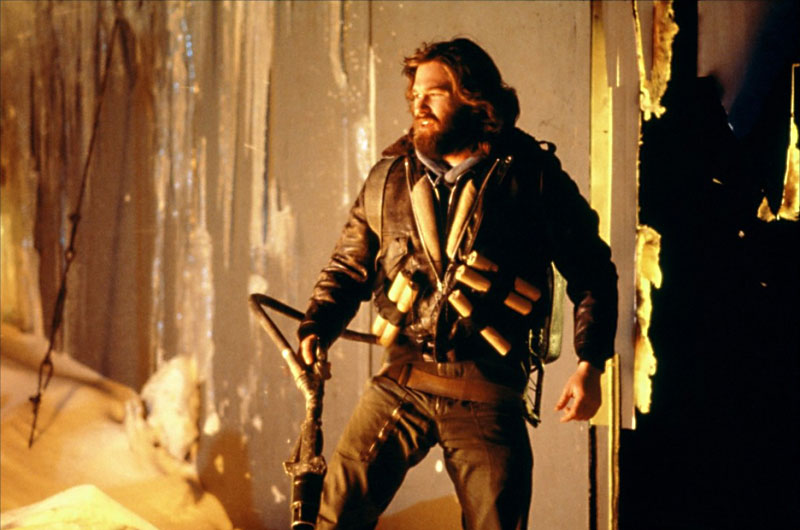 One of the best sci-fi horror movies ever made, of course its provenance is impeccable, director John Carpenter having disregarded the earlier cinematic version (which, you may sadly recall, featured James Arness as a sort of menacing rutabaga) and gone straight to the source material: John W. Campbell's "Who Goes There?" from the August 1938 issue of Astounding Stories. A marvel of claustrophobic paranoia in which an alien shape-shifter begins to assimilate and kill the inhabitants of an Antarctic research station (and, potentially, the entire human race), this sausage party of a yarn's anchored by Kurt Russell's MacReady, the beardliest of all the bro-wursts, as the death toll mounts and the gloriously gory special effects keep pace with the heightening suspense, all in glorious wide-screen. Cool trivia: The Thing is annually viewed by members of the crew at the Amundsen-Scott South Pole Station during the first evening of winter.