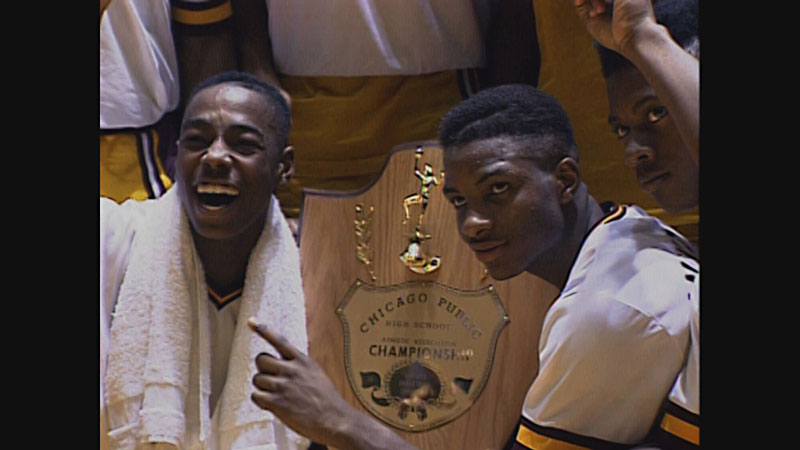 One of the finest achievements in documentary film, Hoop Dreams is a feature that almost wasn't, as it was initially scheduled as a 30-minute PBS short. Centered on the lives of two inner-city Chicago prep hoopsters – William Gates and Arthur Agee –the viewer witnesses their struggles through socioeconomic hardships. While commonplace for many living in America's inner cities, director Steve James opened uneducated eyes to weighty realities, largely hidden from the mainstream. One of the more unsettling scenes came in a tense moment between young Arthur and his father, Bo. The elder Agee, clearly strung out, wanders onto a playground court. Arthur is seen heading him off, at once angry, saddened, and visibly shaken by his father's public intoxication. Pride and self-respect buried, his father openly buys cocaine, unaffected by his son's ache and embarrassment. A 171-minute composite of pure grit, heartbreaking despair, and restrained hope, Roger Ebert would call the piece "one of the best films about American life that [he'd] ever seen."