On families and finales 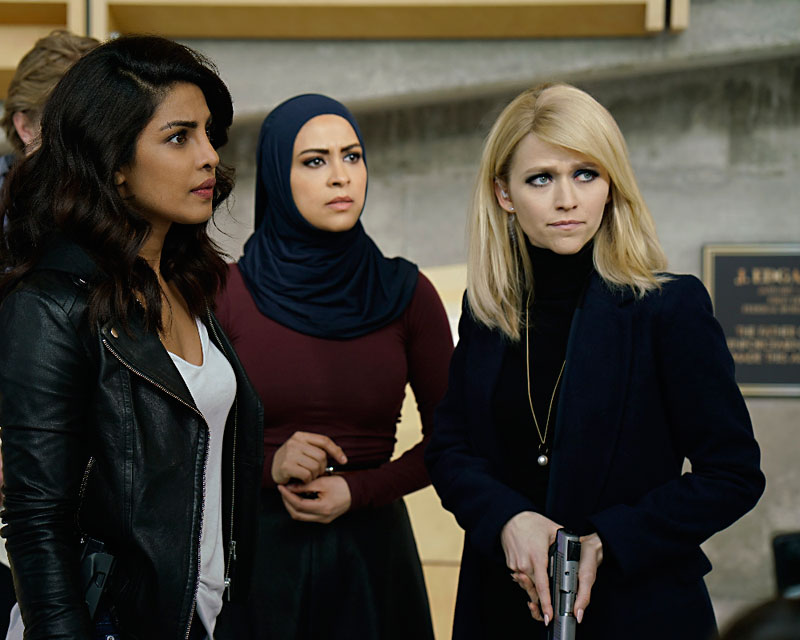 Coming off a big Captain America weekend, heading into a protracted run of TV finales and national schisms, it's been a month for meditation on personal responsibility and autonomy, group dynamics, how we define "us" and "them," how quickly our tech-enhanced conversations reverse and reflect on themselves, making strange bedfellows out of enemies and so on.

The GOP, a party of rugged individuals who have never relied on anyone beyond the luck of birth, have always papered over their financial motivations with vaguely sentimental appeals to the universal wonder of certain kinds of tribes: a certain type of family, marriage, legacy, and so on. "Family" is negative space, defining most what lies outside the boundary, since what lies inside it is common sense – among those who matter.

And on the Left echo chamber, future written, we're still arguing about whether mom's a bitch or grandpa's a loon, while wolves gather at the door: A family gathering, in the same sense that Seinfeld's finale was about a family holiday. The only advantage, living in the haunted house of our compromised shared history as we all do, is that the Left at least allows the possibility of exorcism, however stupidly they go about doing it.

So it's in that landscape that I was struck by just how many of the pop moments this month are built, explicitly, around this idea of the strange family, family as spy game: Homeland and Mr. & Mrs. Smith finally understood as the truth about love, whether that love is for each other or for our fellow citizens. Captain America having to choose between his Winter Soldier and literally any other person is an impossible pain we all understand. Every love story is a mystery.

You've got Scandal (finale Thu., May 12, 8pm), a dark mirror to Grey's Anatomy's "families we choose" feel-good progressivism, in which the omnipotent patriarch considers everyone equally his children, moves his progeny around for shadowy purpose, dragging everybody down. Plutocrats saying things like "I consider you my son" should terrify you; it's rare we get to think about why.

Sunday, May 15, The Family and Quantico have their finales: two of the strangest shows currently airing, in which politics engenders such specific deep-cover personae, love and hate spontaneously shoot up from the cracks. The Family particularly, with its near-reverential portrayal of Stockholm syndrome as a universal dynamic, to and from all characters simultaneously, is a thing of hideous beauty and wild humor.

Quantico, with its dizzying format, illustrates character exclusively through demonstrative action. You only know how characters feel by what they do, and you only know who they are by how others feel about them. A fabulous paranoia, and one of the best illustrations of our banal, fraught workplace interactions since the American Office.

Sunday also greets us with the Last Man on Earth finale, explicit in its Brechtian dramaturgy: One becomes two, two becomes three, three becomes 10, and with every character added, the show's entire story changes, from proto-myth to absurdist and often acidic meditation on the claustrophobic, eternal economy between men and women.

And of course Monday, May 16, we have Bates Motel's penultimate finale, the most oddly tender story about family – disappointment, passion, tenderness, and WTF – in memory. As the story hardens toward its finish, and the cracks in the show's bottomless compassion begin to drain it, it's hard to resist urging the destruction to its crisis. Most easily understood as the biography of a fusion bomb, it's finally groomed us into reprising Lost's Juliet: at the bottom of a well, burnt and bleeding, begging for apocalypse to put things right.

And hell yes, sometimes blowing things up is the best answer to toxicity. But real life has the benefit and curse of lacking a set end date, so that's not always an option. And it's not like we don't have the answers, to our scared, sweet family's own crisis. Because of course the answer – as Friday Night Lights taught us – is that all Americans are your people, specific to you. There are not multiple Americas, and wishing your darkness onto other people is a solution only if you are somehow invested in hurting and in being hurt: In the real world there's no such thing as haunted houses. Just those with more or less mirrors.