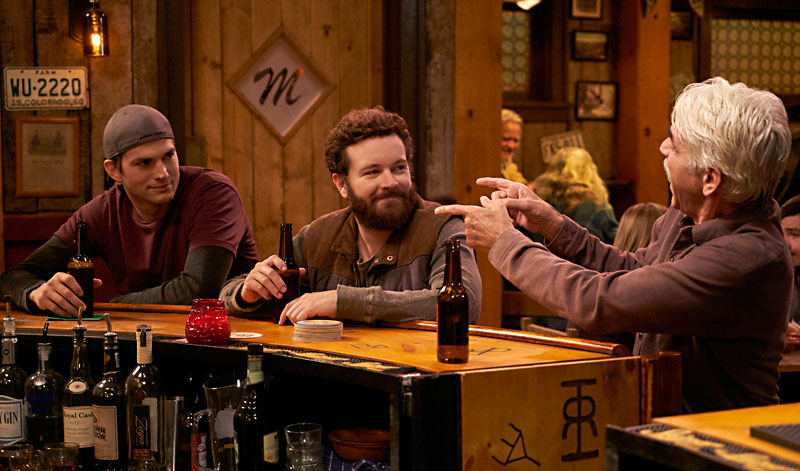 In advance interviews for his multi-camera sitcom The Ranch, premiering on Netflix Thursday, March 31, 12 midnight, the one word Ashton Kutcher can't seem to stop using is "disrupt." As we all know, for a person of Kutcher's stature, this term connotes such a thorough reinvention of a given industry as to render its history every bit as opaque and oblique as the 2001 monolith that made our primitive ancestors so wild about democracy and the use of simple tools. And speaking of 2001, that feels like about when that word started being ­overused.

What does Kutcher mean, when he says to "disrupt"? Will The Ranch present itself as a multi-camera situation comedy, but turn out to be a multi-camera situation "Software as a Service?" Is the titular ranch cloud-based, or perhaps part of the Internet of Things? Will it be disruptive in the sense of "Too Many Cooks," the viral sensation that combined all the fun of PCP use with the nostalgic malaise of Nineties kitsch? I hope not. That one was a little too disruptive.

Throughout Kutcher's illustrious career – from obnoxious camera spokesperson and hapless car-locator to his complicated friendship with Bruce Willis – one thing he has rarely done is rock the boat. He joined the violently retrograde Two and a Half Men at its lowest point, replacing cautionary tale Charlie Sheen (fired during a months-long bender that would have lasted a day and a half before protective conservatorship, if it were a woman doing it) as a ... thinly veiled Kutcher analogue.

Or at least, the tech-hoodie Zuckerberg that Kutcher, with his IQ of 160 and his eye for venture capitalism, would like us to believe he is. You know they have the fever when they start using specific words ("disrupt," "scale," "leverage," "product") in analogy with other contexts, as though before Silicon Valley started saying "disrupt" nothing had even been disrupted. Just thousands of years of unbroken progress at a steady rate. Then came The Ranch.

I am not here to whine at you about the overuse of random words by people who are just intelligent enough to realize the totemic power of certain words once they have heard them in enough meetings coming out of the mouths of folks who probably are no smarter than they are, but know which of the magic words to say this quarter. That's not how I roll, and personally I derive a lot of enjoyment out of that particular effect. It's cute.

What I will say is that the sitcom's been disrupted for a while, most of the good shows right now are sitcoms and half-hour dramedies, if not generally multi-camera setups, and in fact once again you're disrupting in Sheen's wake – he spun that straw into Anger Management gold with a 90-episode second syndicated season, and got to work with genius Michael Arden in the process – and absolutely nothing could be as troubling as Fuller House, which is exactly what anybody who wanted it deserves. On the other hand:

ABC has slowly perfected Tuesday/Wednesday slate-building on Modern Family's success with the consistently high-quality Black-ish, Fresh Off the Boat, and new shocker favorite The Real O'Neals. Netflix's Unbreakable Kimmy Schmidt, whose second season debuts April 15, is a civics class in one-liner form. Fox and FX boast Bob's Burgers and delayed-bloomer Last Man on Earth, and Archer and You're the Worst, respectively. That last one – along with Comedy Central's Broad City and Idiotsitter – are more disruptive than anything that has ever happened to Ashton Kutcher in his entire life.

So: What does Kutcher mean by "disruptive"? Is he speaking purely about that rare­fied ratings-bonanza, laugh-tracky Big Bang/Mike & Molly multi-cam sitcom genre? (The one Roseanne broke, like, 30 years ago?) Or is he talking "disruption" in the sense that, for Gwyneth Paltrow, a vagina-steaming machine is a whole new twist on throwing your money away for no reason?

Meaning: Is the set of all sitcoms, from the perspective of Ashton Kutcher, limited entirely to "those sitcoms on which Ashton Kutcher has at some point played himself"? Would it freak you out to learn this? I would surmise: not especially.